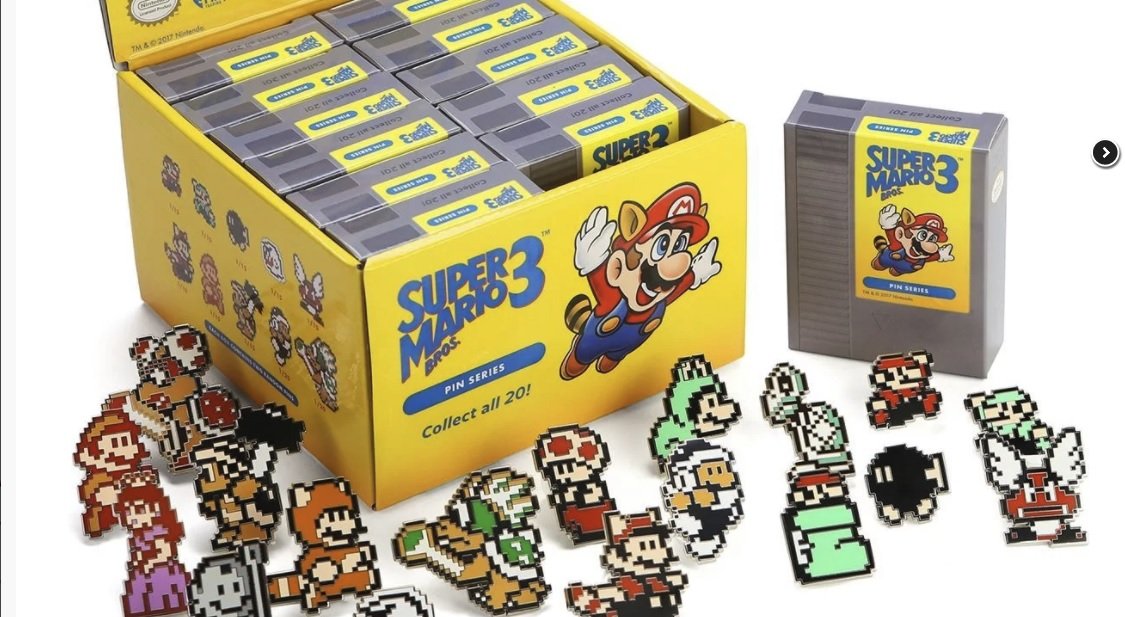 As part of the Penny Arcade storefront, officially licensed Super Mario Bros. 3 pins are now a thing. They remind me of the glory of the Nintendo Badge Arcade on 3DS in the best/worst ways (RIP), and are currently selling at $22 a box.

The full set, if you can trade for them or somehow blind box them all, includes 20 characters. I’m not going to participate as I’m not big into the whole blind box concept (too much gambling for my tastes), but given that each box has two pins — I wouldn’t be opposed to someone giving me Kuribo’s Shoe.

Or, Nintendo can just bring back Badge Arcade instead.