If you’re anything like me, Valentine’s Day is a very special time of year. A time to be reminded that your crippling social anxieties and complete lack of desirable personality traits mean you’re likely to spend the rest of your sad life painfully alone (and don’t try to pretend it’s because you’re such a “nice guy,” because you’re probably a scumbag).

Thankfully, we’ll always have our favorite escapist media to keep us company, the magic of video games allowing poor souls like myself to embark on soul-searching adventures, challenge power-hungry villains, and of course, fall in love with a variety of glamorous heroines.

Thing is, though these various ladies of gaming all have something special to offer, many come complete with a few unforeseen pitfalls. Point is, if you’re planning on spending this lover’s holiday piss-drunk, fantasizing about your favorite digital damsels, the last thing you want to do is pick a clunker. That’s why I’ve compiled this handy field guide on nine gaming girlfriends to avoid. 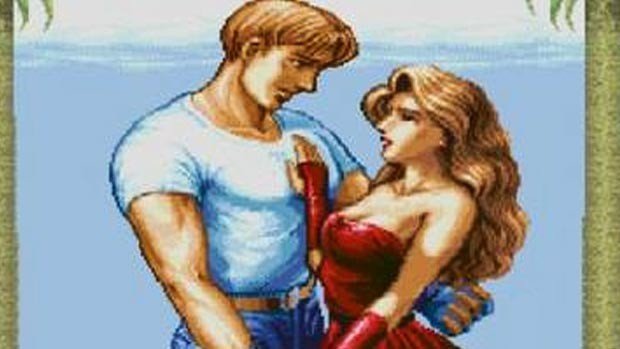 On the surface, Final Fight’s Jessica seems like a rare catch, a high-society gal with a definite knack for fashion and a particular interest in bad boys. Not to mention how hard it can be to find a decent date in Metro City, unless you’re into having beautiful transvestites beat the crap out of you. The real problem with dating Jessica though? Meeting her parents, specifically daddy: 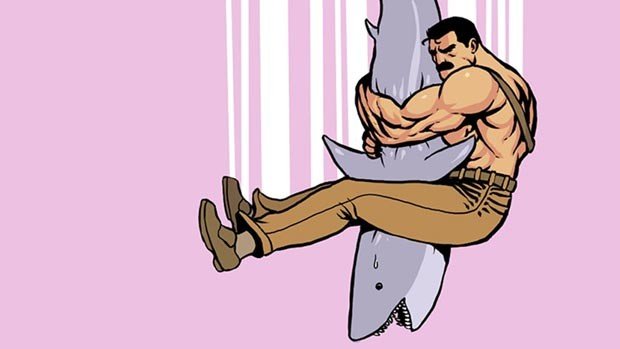 Yes, Haggar is pile driving a shark, and no, he doesn’t need to explain why

Meet Mayor Mike Haggar, the man who pioneered the pro-wrestling politician angle (long before Jesse “The Body” Ventura tried to steal his swagger). This is the kind of father-in-law you don’t want to mess with, as one wrong step will result in a literal whirlwind of hurt. Remember, this is the man who tackled his city’s gang problem by punching it to death; the kind of guy who goes to work in suspenders because he knows that he’s just going to rip through any dress shirt he puts on once he thrusts those beefy arms out to his sides and spin-punches the crap out of whatever junior assistant screwed up his coffee order. So, how do you think he’s going to treat the guy who forgets his little girl’s birthday? If your answer was anything other than “pile drive his skull into the pavement,” you’ve got a lot to learn about Mike Haggar’s America.

And don’t even think about trying to report your savage pummeling to the police, because Mike Haggar IS THE LAW. How do you really think Jessica’s former boyfriend wound up in jail? 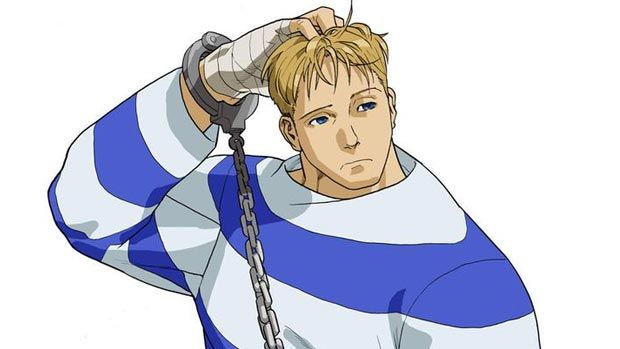 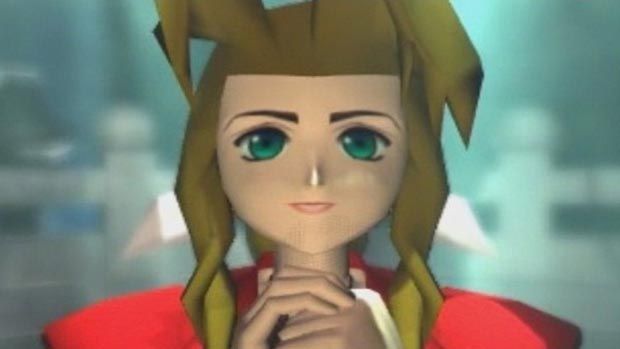 To be fair, Aeris actually seems like a pretty fantastic girlfriend. She’s a dedicated church-going woman, maintains her own small flower selling business, and despite being relentlessly pursued by the evil corporate goons at Shinra she manages to maintain that winning smile. 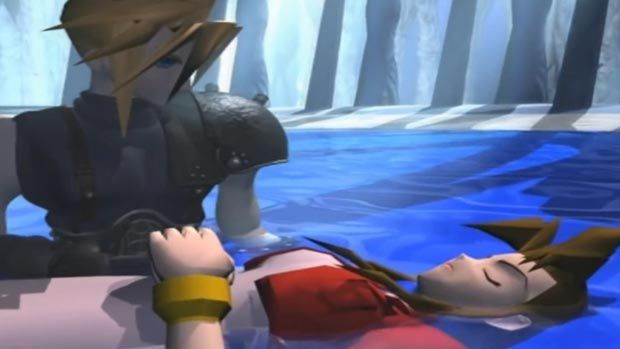 If anything is wrong with Aeris, it’s the fact that she’s well… deceased. But beyond the obvious fact that necrophilia is generally frowned upon, the bigger problem is this girl doesn’t know how to stay dead. 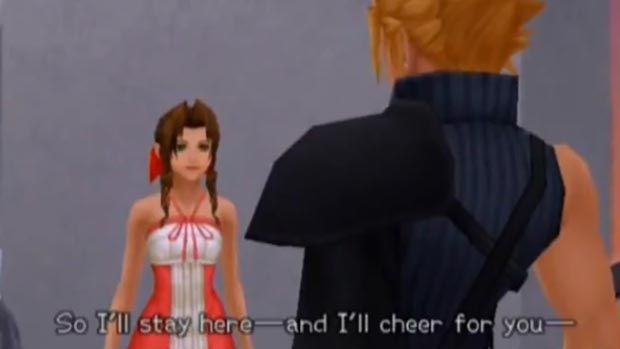 See, one of the great things about dead people is that they stay dead. For instance, I miss my grandfather a lot, but because he has the decency to remain in his corpsebox deep beneath the earth, I’ve mostly been able to cope with the loss. Aeris however, seems to pop her head up in just about every new SquareEnix game that comes along, which has got to be weighing a serious emotional toll on her former boyfriend. What’s that Cloud? There’s a movie sequel to the game where you watched me get a sword jammed through my heart? How’s about I show up and help reopen those terrible wounds? Oh, Square’s making a fun Disney tie-in game meant for preteens? How do you feel about my dead ass prancing around? Would a corpse woman tormenting her former lover be appropriate for this E-rated title?

Thing is, though it’s creepy to watch Cloud chase his dead girlfriend through the streets of Toontown, watching Tifa continue to pursue that spikey-haired jackass is even worse. Seriously, girl, it’s time you stop crushing on that mopey loser and get with a real man. Might I suggest a little bit of brown sugar to spice up your life? 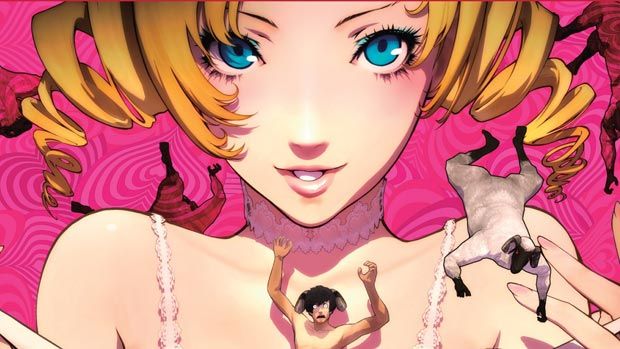 Many men hope to wake up with a beautiful woman in their bed, though before you start pining for the titular character of Atlus’s Catherine, know that this privilege comes with a horrible price. You think it’s bad when your girlfriend forces you to watch some crappy Ashton Kutcher romantic comedy? Imagine if instead she forced you to fight for your life in a terrible nightmare realm, featuring the two worst things in the world: trippy demonic manifestations of your darkest fears, and CRATE PUZZLES.

To be fair, main character Vincent totally deserves to be impaled by a giant fork. He’s got a perfect girlfriend already (Katherine), and he wants to sleep around with some blonde hussy. Why? Because he’s afraid of commitment? 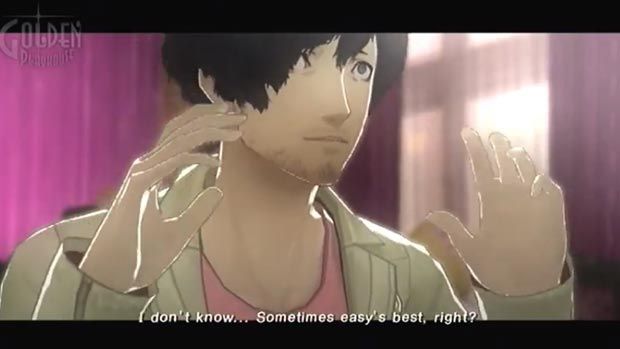 Get it together jackass.

Point is, if you happen to be dating a fantastic woman and some random chick with a suspiciously similar name starts flirting hard up on you, it might be time to GTFO. 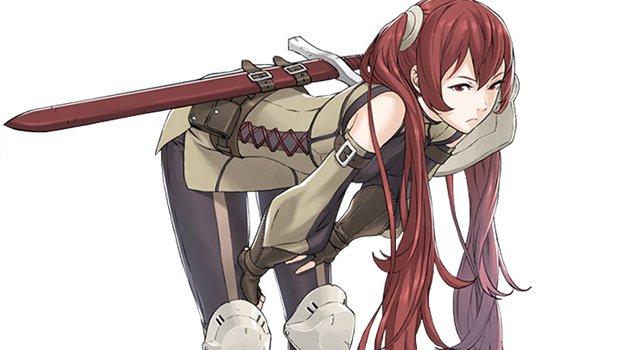 When battling your way through Nintendo’s blistering tough series of strategy RPGs, it’s hard to not get attached to the game’s many capable women. Beautiful sorceresses, graceful Pegasus knights, even scantily clad immortals, so the Lolita-fetishists can pretend they don’t have a problem. 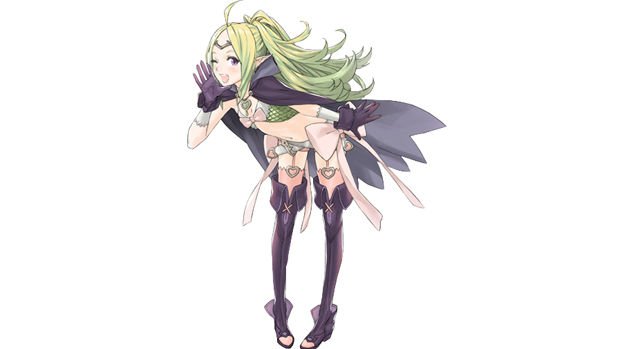 Problem is, as attractive as these women may be, your chance of forming a lasting connection is slim. Because let’s face it, you suck at strategy RPGs. Half these girls are going to die before you even make it through the tutorial missions. 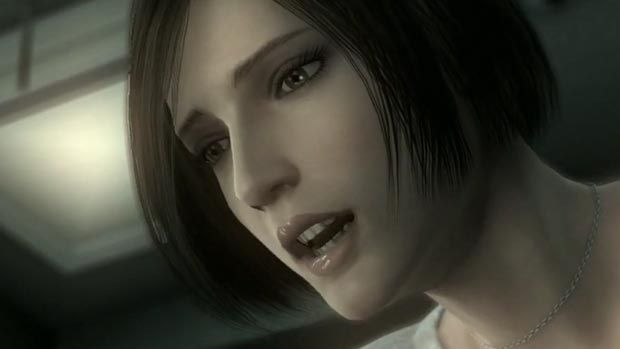 Making a relationship work definitely requires a lot of communication. Thing is, while many men complain about their girlfriend’s constant texting, imagine how it would be if you had a stealth communication device implanted in your ear canal, and for no good reason, the military decided to give your girlfriend the frequency code.

I know a lot of people weren’t fans of Metal Gear Solid 2’s Raiden, but regardless of how you feel about long-haired pretty boys with samurai swords, you have to have some sympathy for a guy who’s busy trying to rescue the goddamn President of the United States, only to get forced into a conversation about his “feelings.”

Hey baby, I’m about to fight an immortal vampire atop an oil platform. Can we maybe talk about this later? 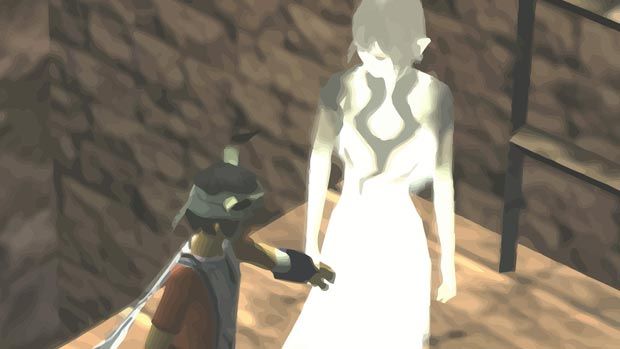 Look, I get it, there’s a certain exotic appeal to having a foreign girlfriend. Hell, there’s even an entire industry catering to supremely lonely creeps who would rather buy a wife from abroad than take the chance on becoming a decent person. That being said, somehow the weird glowing girl from Ico leaves much to be desired.

Thing is, it’s going to become very hard to make a relationship work when the only conversation topics your significant other understands are “climb that crate” and “dammit, you stupid girl, I’m all the way over here — will you please get away from those shadow monsters, please!”

Seriously, don’t even get me started on those shadow monsters. What’s that, all your guy friends are having a poker night? Sorry, buddy, but you’re stuck at home making sure your significant other doesn’t get pulled into a swirling portal to oblivion. 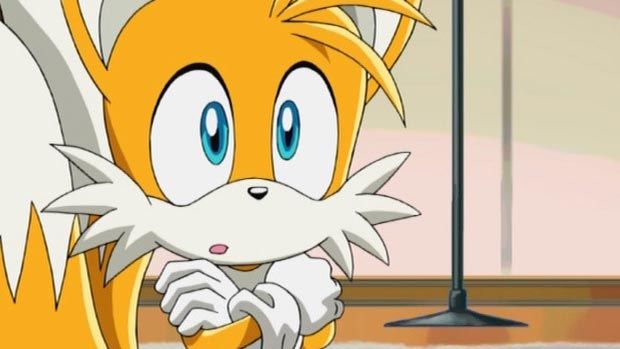 Look, I’m not personally into the whole “furry” thing, but even if you were going to pick an animal partner I think you could do much better than Sonic’s stupid fox girlfriend. Not only does she have one of the most annoying voices in all of gaming, but–

Wait, Tails is a guy? 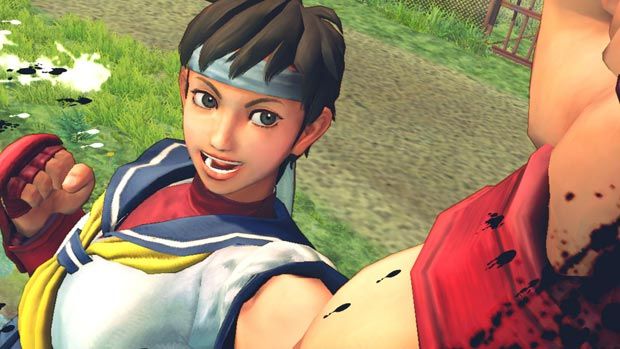 Though I understand the whole schoolgirl thing definitely appeals to many fellas, you may want to seriously reconsider breaking your state’s statutory laws for a fling with this spunky street fighter. As cute as Sakura may seem, her methods of showing affection are borderline psychotic.

I mean let’s be honest, Sakura has a major crush on Ryu. Though rather than express her affection in a sane and rational manner, she instead decides to basically become his female clone. So while taking to wearing a similar headband is on par with your typical teenage obsession, putting in countless hours of training to learn all of a man’s signature fighting moves? That’s beyond the realm of creepy obsession. 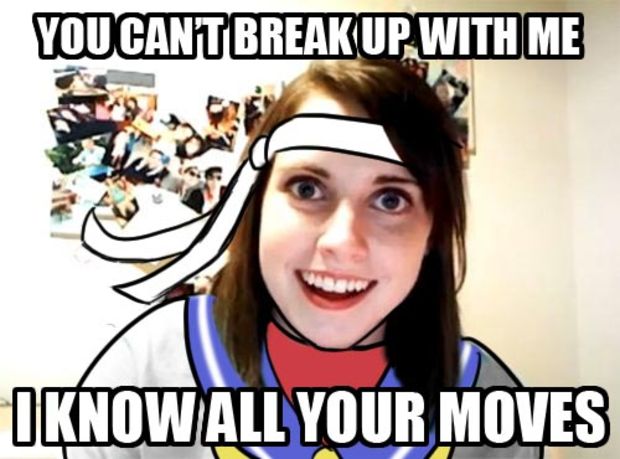 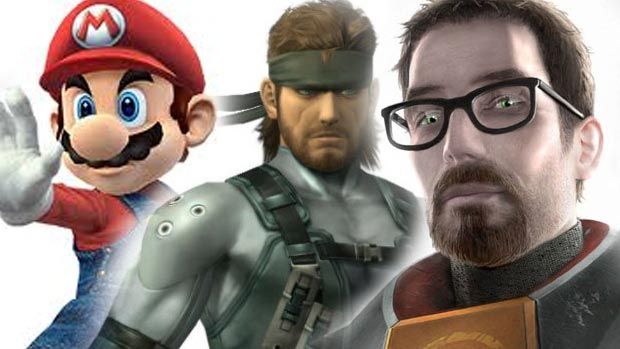 Every male game protagonist ever

Sorry fellas, but you’ve gotta admit that for every lackluster gaming girlfriend, there’s about fifty muscle-bound morons who offer literally nothing in terms of dating potential.

Just take a look at some of our most beloved gaming stars: a fat middle-aged Italian plumber who still hangs out with his brother; a guy who thinks mullets are still in style; a physics nerd. This douchebag. And of course, legions and legions of muscle-bound morons whose only real method of communication is some indiscernible grunting and a burst of fire from their plasma rifle.

Point is, as much fun as it is to jump into the shoes of these digital heroes, real girls aren’t hiding in castles. As nice as fantasyland might be, maybe it’s time for losers like us to turn off the console and get ourselves a real date.