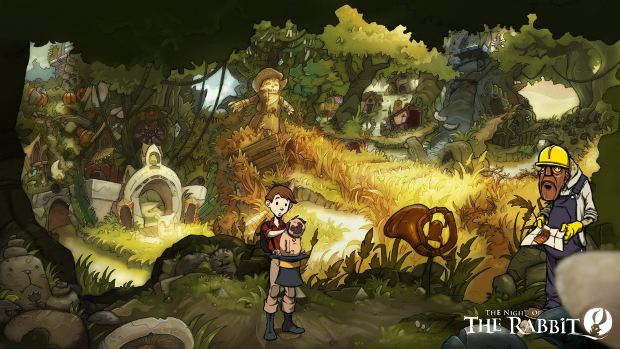 A fancy rabbit, a magical hat, and mean crows

After playing a wee bit last week, I’m pretty excited about Daedalic’s The Night of the Rabbit, and even more so after watching the new trailer. I only got to solve puzzles and cast spells in the first sixth of the adventure game, mainly in the charming animal town of Mousewood, but the video shows off quite a few new areas and a rather ominous threat.

While it remains to be seen if The Night of the Rabbit keeps up the quality I experienced in the preview, the biggest game Daedalic has ever made is sure shaping up to be something interesting. It’s launching for Mac and PC on May 29, so dust off your top hat and grab a wand, or at the very least a stick of appropriate size.