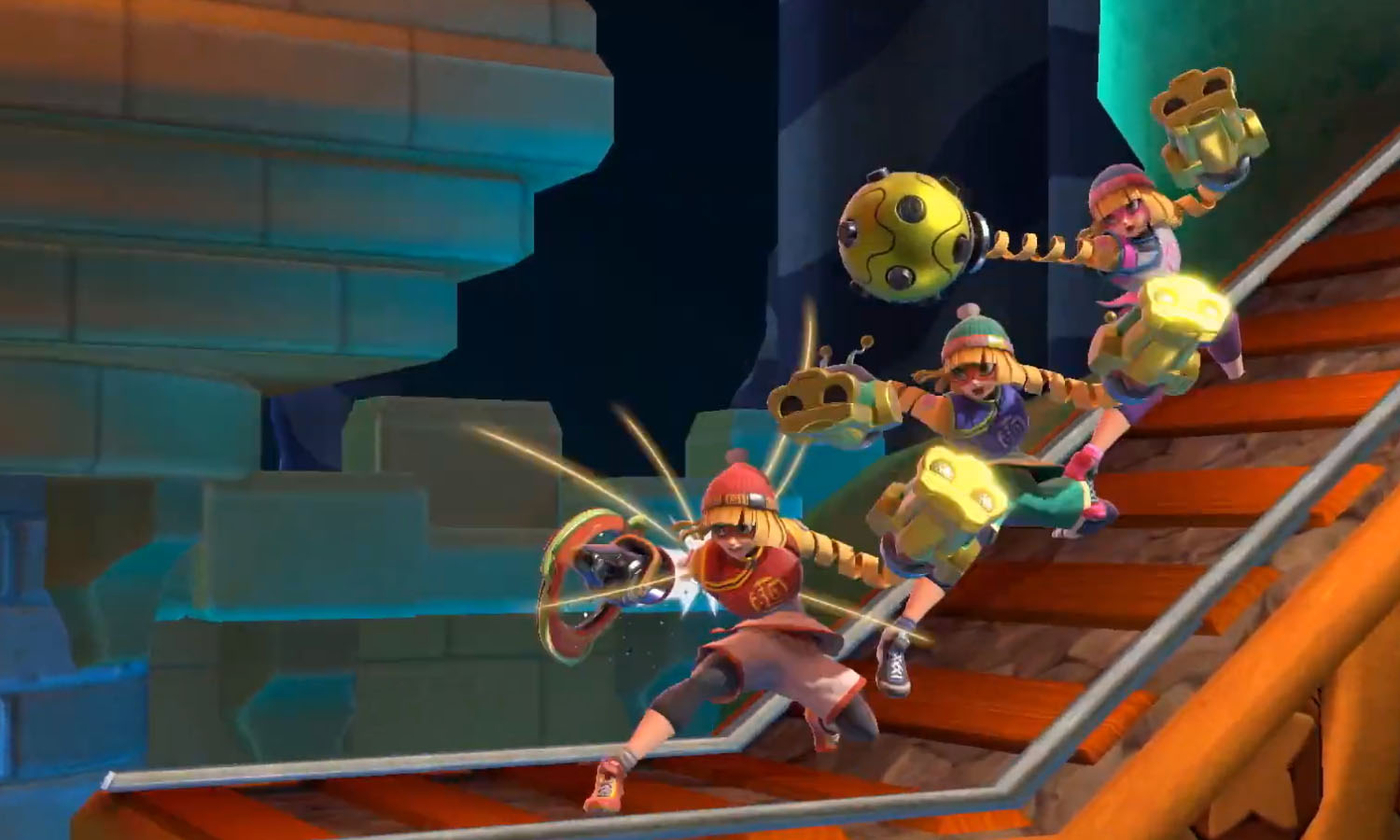 What did you guess?

Well, the time has finally come. After that March tease a lot of folks have been itching to figure out who is going to be kicking off the second Fighter’s Pass, and it’s none other than Min Min, revealed from series boss Sakurai’s own home.

Spring Man was an obvious guess (and typically the poster boy of the game alongside of Ribbon Girl), several folks pointed out that given Spring Man’s status as a trophy assist, he should be removed from the running. Whether he’s coming down the line or not (multiple Arms characters would be pretty odd, right?) it doesn’t matter: Min Min has the spotlight today. So why Min Min? Sakurai states that Yabuki-san, the producer of Arms, said “he wanted [her] in.” Well that’ll do it!

She’ll sport different arms that can be used in tandem with one another (an aspect of Arms proper), which can be “bent” up and down to aim her (long reaching) melee attacks. The A button controls the left arm and the B button controls the right arm, which allows her to wield a wildly different playstyle compared to most of the cast. Sakurai points out that Min Min is hard to hit with counters, as her basic attacks are at a range (while also noting that her wind-up is long, leaving her open to punishes).

He explains that you can counter Min Min by being very aggressive and coming at her with lots of aerial priority. Her swappable arms involve the Ramram (a wide range but low damage ring), the Megawatt (a strong spike ball with a short range that can be charged), Dragon (a midrange jack of all trades). She can also kick by tapping the A button, and is capable of swiftly leaping really high into the air with her up+A. Like many others, her Final Smash involves the cast of her game beating up an enemy that gets hit in a line skillshot.

Her stage is called Spring Stadium, which features one of the more iconic stadiums from Arms, with bounce pads on the side and arches that can be used for bounces. Drones will also bring goodies into the fray if you have items on. As for the tracklist it’s 18 songs, and contains “basically all of Arms‘ music.” The Mii costumes this time include Ninjara (brawler), Tekken‘s Heihachi (brawler), Callie (brawler), Marie (gunner) and Vault Boy (gunner).