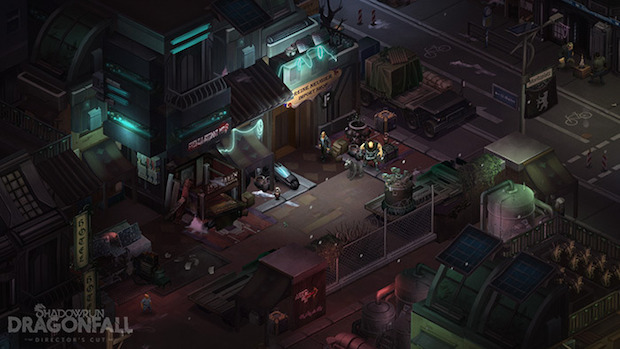 Shadowrun: Hong Kong, the third videogame adaptation of the popular tabletop RPG series, is looking to Kickstarter for funding. The game will — obviously — take place in magical cyberpunk Hong Kong, where the player uncovers a “corporate conspiracy nearly thirty years in the making.” The campaign was set at $100,000, but was funded almost immediately, leaving only stretch goals.

The final game will be a non-linear 12+ hour tactical romp through a “magically awakened” Hong Kong, but if it reaches certain funding milestones, it will be longer. Other stretch goals include “animatic scene transitions” at $150,000; a new character at $200,000, and a new side mission at $300,000.

Hong Kong will be only released on PC, Mac, and Linux, according to Harebrained Schemes. The company also set a tentative release date of “mid-2015,” which is charitable at best.

Also, props to the studio for this sick Double Fine burn in its press release: “In 2012, Harebrained Schemes funded the development of Shadowrun Returns on Kickstarter and became the first video game company that raised over $1M and delivered the game to backers.” That’s ice cold.

You have until February 17 (my birthday!) to back pre-order the game on Kickstarter.