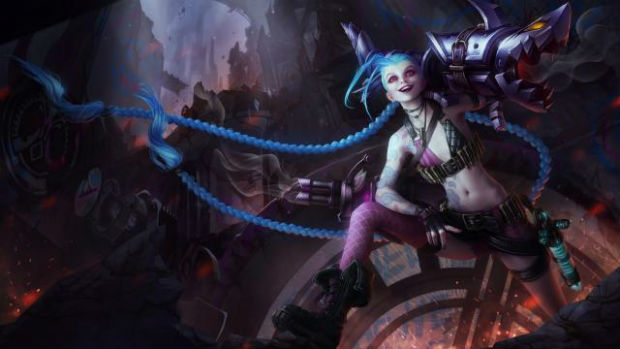 Riot Games has revealed the newest Champion to grace League of Legends, and it’s the “loose cannon” Jinx. She’ll be a ranged character with a minigun and rocket launcher in tow, and it looks like a lot of her abilities reward an aggressive playstyle.

For instance, her passive gives her a “massive” movement speed boost whenever an engaged tower or enemy is killed, and she has the ability to switch between a damage-heavy rocket launcher and an attack-speed-boosting minigun. As is the case with every Champ since Lissandra, expect some impressions once she launches.