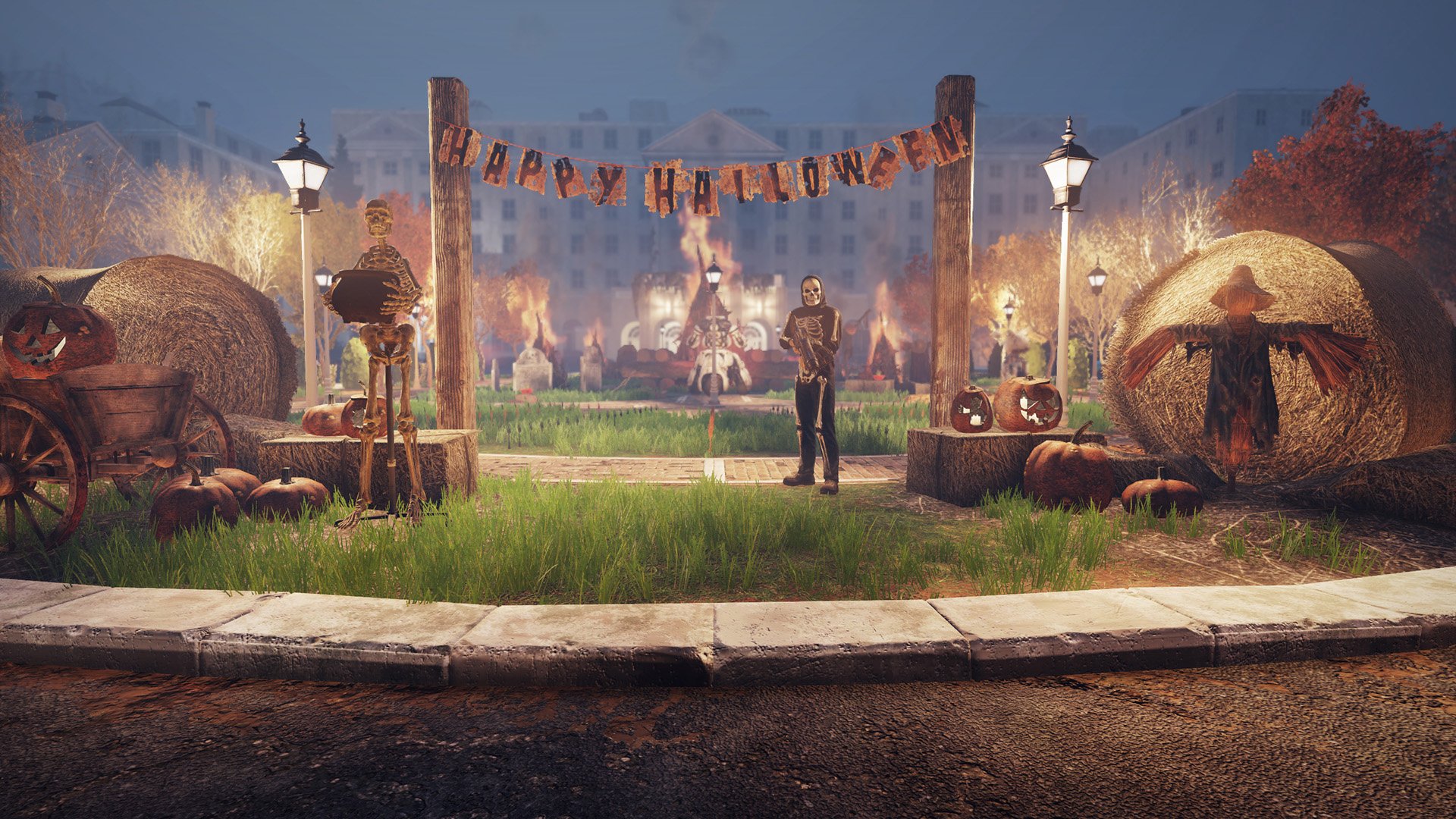 The “big one” of Fallout 76 updates is coming later this year (NPCs, among many other things), but before then, we get tons of quality of life updates and events: provided you’re still playing of course.

Not one to miss out on seasonal festivities, Bethesda revealed their Halloween plans, and it’s coming on October 29 at 12PM ET, rolling through 12PM ET on November 5. It’s called “Mischief Night,” and is hosted by JES-2R, a crazy robot that hosts “devious dwellers” at Whitespring. In addition to a themed area you’ll also be able to treat yourself to candy and battle security guards, which I can only assume is the trick.

Naturally, rewards are on offer: “If you and your groupmates manage to meet JES-2R’s mischief quotas, you’ll get some XP and loot, including a chance for new themed items, like costumes, jack-o-lanterns, and more. Wear your favorite costume to Mischief Night to earn double progress toward your objectives and unlock exclusive themed rewards. Costumes include ones that you’ve found or crafted in-game, ones that you’ve unlocked in the Atomic Shop, and even Fasnacht Masks.”

The whole thing is an hourly event (following the same rules as the recent Public Event revamp), so you can run it over and over and fast travel to it instantly without cost. A no hassle event? This is how Fallout 76 should be by default. As for what’s next, Patch 14 is coming “a little later this month.”

Fallout 76 Inside the Vault [Bethesda.net]