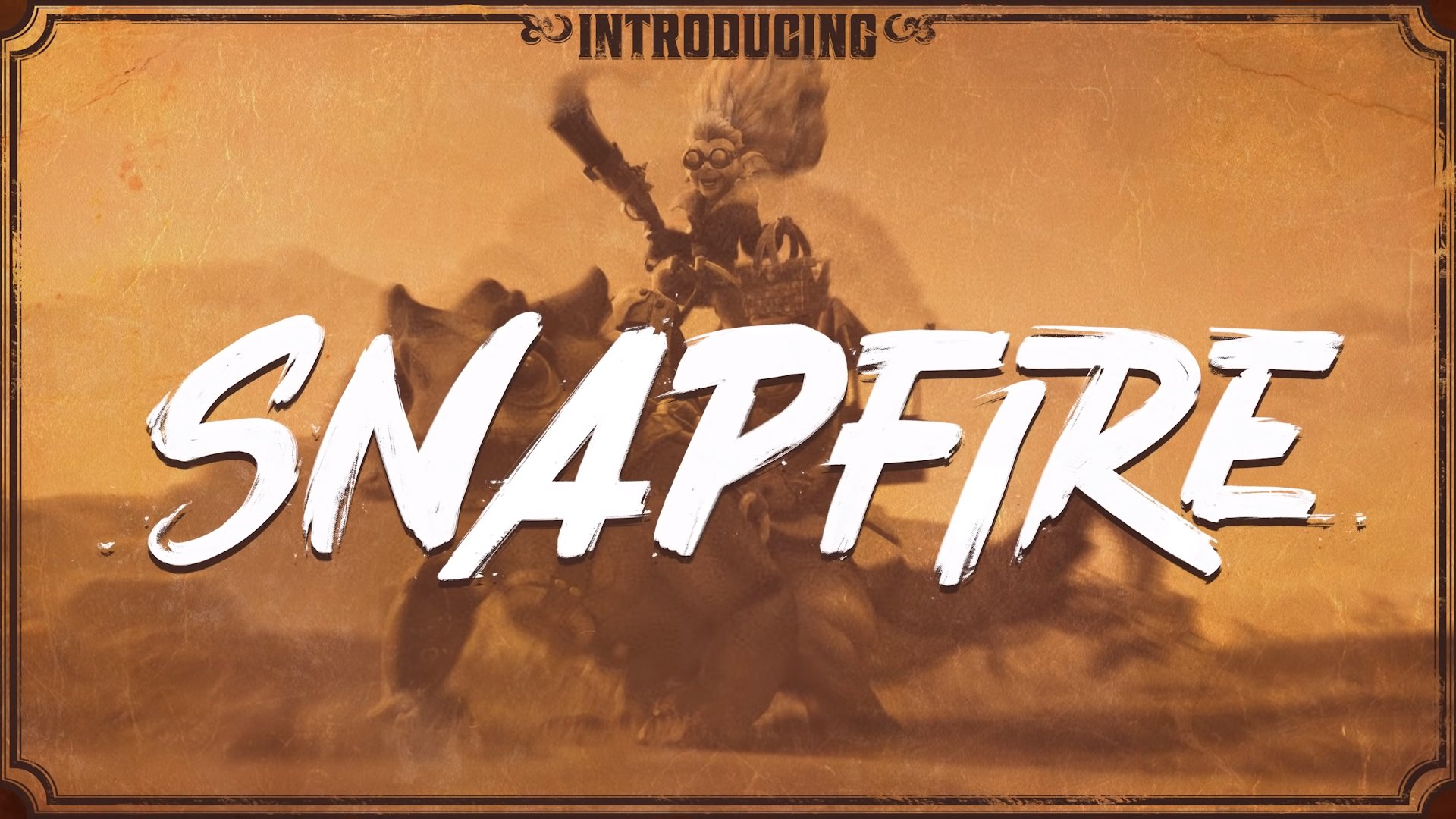 During the most recent stream of The International, the biggest eSports tournament in history, Valve showed off a trailer of a brand new Dota 2 Hero: Snapfire. Abilities and role are not explicitly stated or shown, but based on the trailer she hands out cookies to help (probably heal) her allies and rides on a fire-breathing lizard.

I’d hesitate to say she’s definitely a support Hero, despite what I want and the fact that she hands out cookies. The rest of what’s shown in the trailer is her on her lizard, using machine guns, a shotgun, and fire-breathing goop. I’m hoping the goop is more on the debuff side (like Bristleback’s Nasal Goo) and she plays a similar role to Disruptor, but with some actual healing. We’ll find out when Snapfire releases this fall!