Fans of Battlefield: Bad Company 2 clamored for a cooperative mode for months after the game released, and when it finally came in the form of “Onslaught Mode,” many were disappointed at its lackluster AI and generally tacked-on design.

Battlefield 3‘s new co-op mode seems poised to change all of this, with dedicated co-op missions that take you and a buddy through a fully fleshed out map with enemies that react in a challenging and intelligent way.

During EA’s Final Hours event, I paired up with another game journalist in a mission called “Hit and Run,” where we began in a darkened office complex at night and were instructed to quickly put claymore mines down in preparation for an imminent breach. 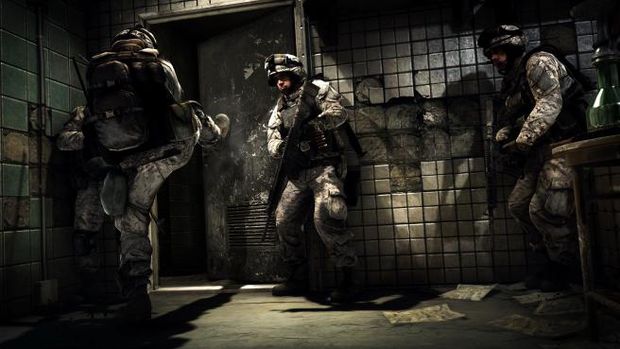 The enemies breached from all sides, their flashlights blinding us as they came in through windows and battered-down doors. I quickly hunkered down under a desk while my teammate uttered a few words of surprise as he was taken down in the other room. I realized I would have to be quick if we were ever going to get past the first part of the mission, so I tossed a couple of grenades, stepped out of cover for a moment to take down who was left, and then ran to the darkened room, where my downed teammate was still engaged in an intense gun fight with a guy shining his flashlight at him. Fortunately, my teammate took him down and I ran over and helped him up.

This scenario played out many times over the next parts of the mission (usually I was the one down while my teammate dove from cover to help me, as I was often a little too gung-ho to get into the action.) Even though we had set the gameplay to “Easy” mode, the enemies provided a serious challenge and we had to communicate frequently to call out where enemies were taking us down from or to coordinate attacks where one of us would distract the enemy AI and the other would flank them.

At one point in the mission, we even had to separate with one of us taking the floor below and the other taking the floor above. Through consecutive playthroughs we noticed that the gameplay would even change up at this part a bit, so that one of us was always immediately attacked as we breached a door while the other had a moment to breathe before running into the room. 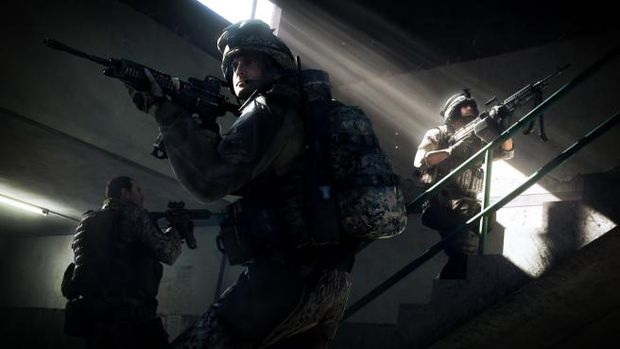 Most of all, this mode was actually really exciting. It was filled with tense moments and with a good co-op buddy it provided a challenging and fun scenario that required serious strategy and good communication. We played through the map at least six times before we managed to beat it, though in one of those instances we had to restart the game because it stopped bringing us to any new checkpoints when we were ready to breach a door. Even with this potentially game-breaking glitch (which we made sure the reps were well aware of), we didn’t really mind as it gave us an excuse to play through the beginning again and figure out what new way we could approach the earlier intense firefights. Granted, even our build of the game was still not the finished product, so our experience of the glitch is probably (hopefully) already being dealt with before release.

The mission ended with an exciting little portion where I commandeered a jeep and drove it through a parking garage with the enemy surrounding us as my partner did his best to take potshots from the window. I completely controlled the driving, and it gave me a moment of feeling like a total Die Hard badass as I avoided insane enemies shooting machine guns from their cars and even launching rockets at our vehicle as we swerved and veered out of the garage.

If this mission was anything to go by, the other five co-op missions included in Battlefield 3 should be an awesome addition to the normal multiplayer modes with a lot of replayability and tense moments of intense combat. With a good buddy at your side, spouting one-liners and dropping fools will make you feel like a true action/buddy cop movie badass.