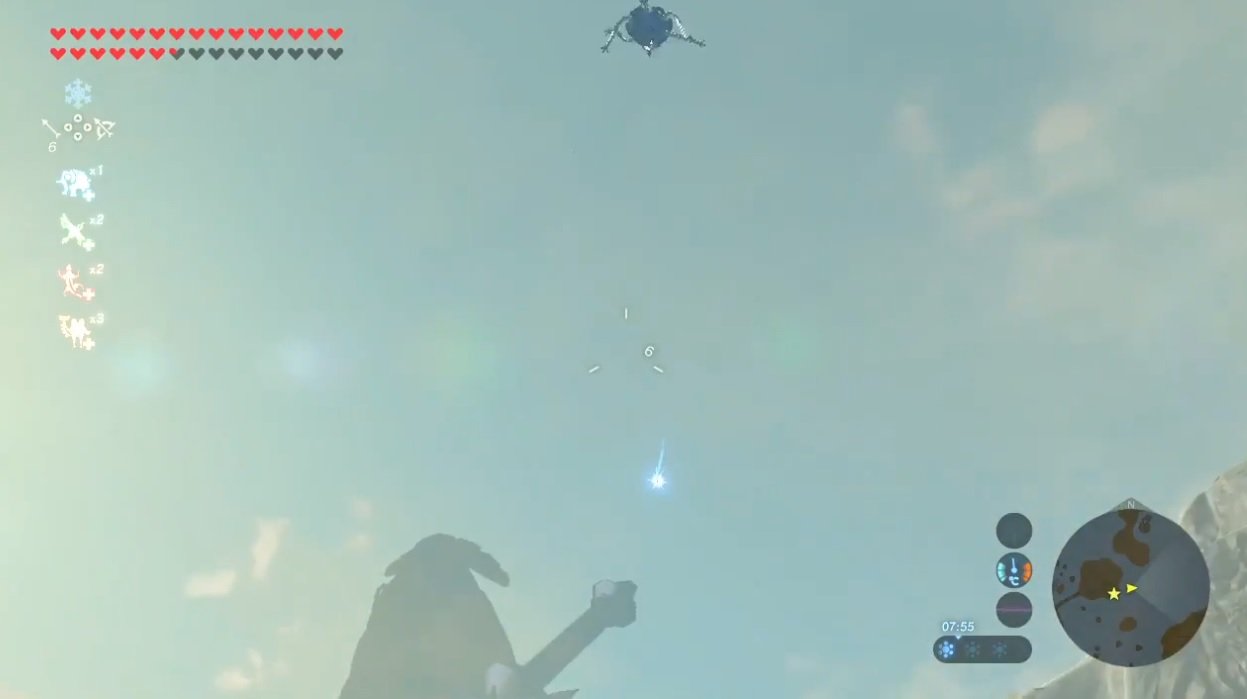 In case you missed it, people are still playing Zelda: Breath of the Wild.

So much so, that new speedrun tech and speedrun categories are popping up as recently as the past few months. Oh, and don’t forget the arrival of a few videos that showcase some of the most impressive moments in Breath of the Wild to date, like the gatecrashing den raid, the Mad Max battle and the multi-pot lid deflection. Oh, and Tarrey Town alters the way the world map looks. So many 2020 revelations!

The process is very simple: you utilize the Cryonis Rune (a spell-like ability you get very early on in the game) to lift a Guardian up, then trigger slow-motion, which can launch them directly into the air. One of the most popular areas to do it is in the marshes of Central Hyrule, where there’s an abundance of water to allow the rune to do its thing.

Here’s a basic rundown courtesy of Hugo Diaz on Twitter.

As you can imagine, all sorts of shenanigans are possible due to this trick. This clip from Nameles36 from Reddit shows off a mid-air post-launch parry

Wait I got it! Parrying 360 no scope midair Guardian from r/Breath_of_the_Wild

Perhaps the best video of all is from Master_t0rch, who manages to launch a Guardian and actually hit it from afar with an Ancient Arrow. Just savage!

HOLY CRAP I DID IT. Guardian Snipe 2.0. Featuring: Ancient Arrow, Headshot. from r/Breath_of_the_Wild

gigillion goes for a much more comedic approach (NSFW language)

Give it a shot! It’s simple enough to do and will make for a funny or impressive clip: that’s Breath of the Wild‘s biggest strength.