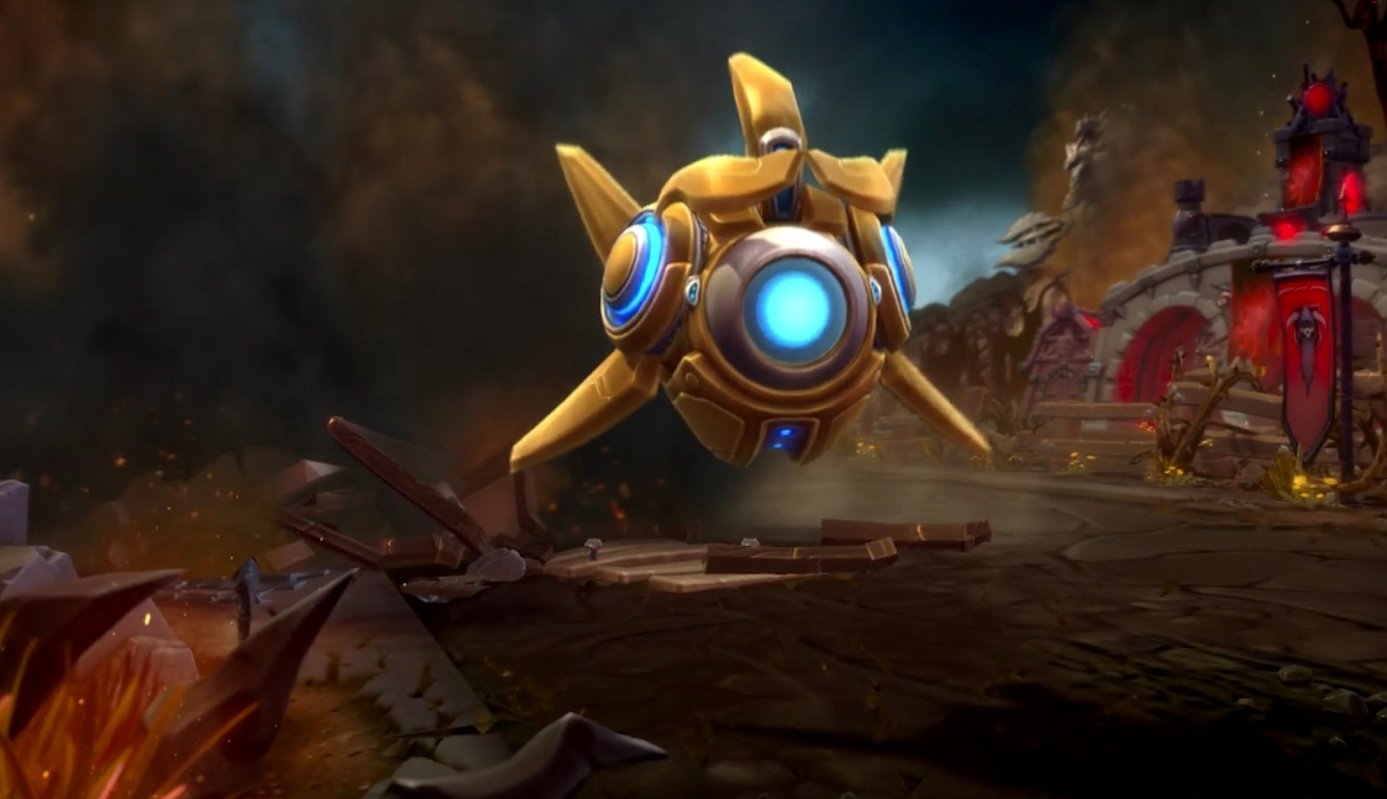 Today at the HGC Western Clash event for Heroes of the Storm, Blizzard announced an unlikely new character — Probius — and it’s quite literally a probe from the StarCraft series. Probious is a ranged specialist that summons Pylons and Photon Cannons from StarCraft with a builder playstyle. He looks adorable and sounds rad as hell. He’ll hit the PTR in “a few short days” (likely Tuesday).

Cho’gall, Arthas, Anub’arak, and Gazlowe changes are also coming in the same patch, and the return of the “on fire” system has been teased, as well as a kill feed. Good times! I’m glad that the team is actively working on so many quality of life upgrades beyond new heroes.

You can view Probius’ full ability list below, as well as a partial talent list and some screenshots.