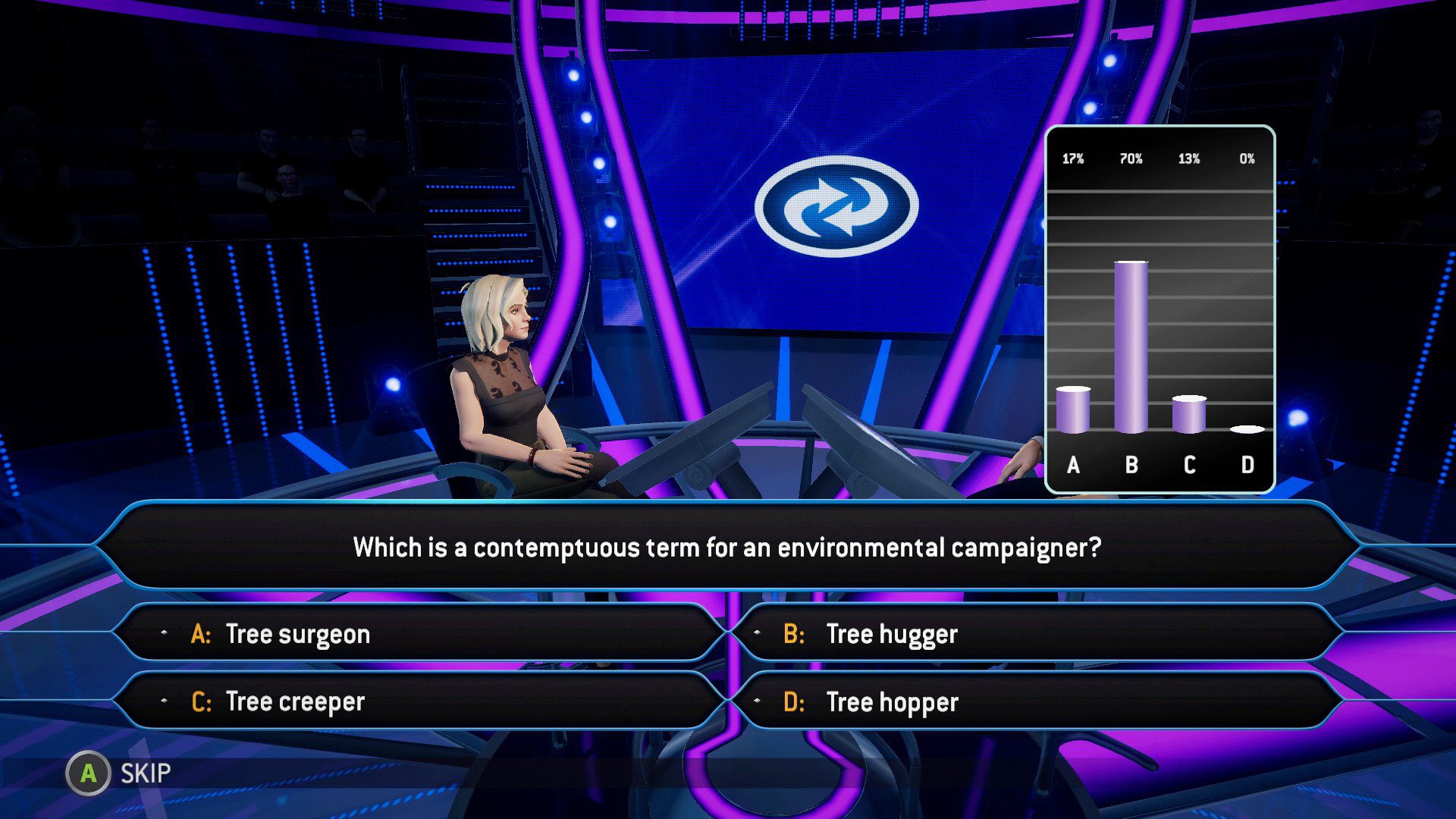 We miss you, Regis

Does anyone else have an irrational fear of appearing on a show like Who Wants to be a Millionaire? and blowing it on a basic freebie trivia question that was specifically designed to be a no-brainer?

I will never, under any circumstances, be in that situation – but the what-if unsettles me on a far-too-regular basis. I like game shows, I like video games based on game shows, but I would never be on one.

All that said – and I’ve said too much – I am down for a Who Wants to be a Millionaire? video game in 2020 with an online mode “where up to 100 players can compete simultaneously.” It’s coming to Nintendo Switch, PC, PS4, and Xbox One from developer Appeal Studios and publisher Microids.

Apart from the large-scale mode that reminds me how much I miss 1 vs. 100 to this day, there’s also local multiplayer with co-op (where players have to reach a consensus) and free-for-all (where wrong answers knock players out), plus a single-player mode designed “especially for kids.”

Who Wants to be a Millionaire? will launch on October 29 in Europe and November 17 in the US, but I’ll likely hold out for a bargain-bin discount. For what it’s worth, the box promises “over 3,000 questions.”