Since the first game in the series, one of the most exciting aspects of the Super Smash Bros. series has been watching for the appearance of unexpected characters. Back then, it came in the form of unlockables, but it evolved into a pre-release hype-building machine that spawned the “confirmed for Brawl” meme.

Through the excitement of new character announcements, it is easy to neglect to consider the work that goes into making each fighter feel unique while still maintaining a relatively balanced game. We took some time to test out a lot of the newcomers to the Super Smash Bros. series, both on the Wii U and on the 3DS, and they definitely each have their own niche. 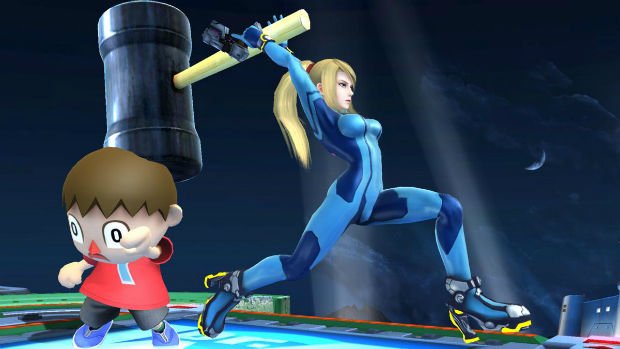 The new characters that are being shown in the build at E3 are Wii Fit Trainer, Mega Man, Villager, Rosalina & Luma, Little Mac, and Greninja. Unfortunately, the recently announced Mii Fighters, Palutena, and Pac-Man were not available to play.

Wii Fit Trainer is a little tough to get a handle on at first, but it seems even worse for her opponents. Due to the unusual positioning that results from her yoga-like maneuvers, her attacks sometimes hit in unexpected places. For instance, one has her kicking one leg out to one side, while simultaneously extending her arm in the opposite direction, resulting in a multidirectional attack that could catch less experienced players off guard. Otherwise, she is light and quick like Peach, but not as floaty. 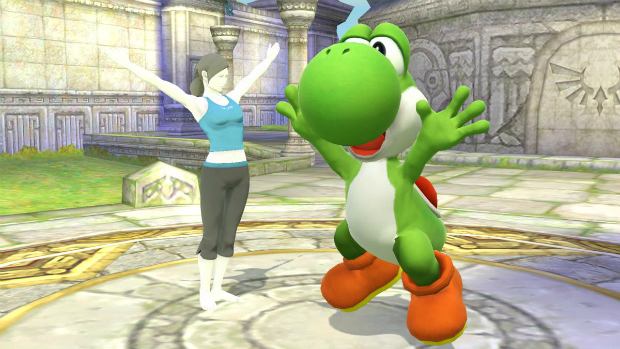 Mega Man was another character that took some getting used to, but for different reasons. The sheer breadth of his repertoire is a lot to take in, where most of his moves are taken from the special abilities gained by defeating other robot masters. He is fairly small compared to a lot of the other fighters, and somewhere in the middle as far as weight goes.

Villager felt a bit heavier and slower than I was expecting. As a small, heavier character, she did not have quite the mobility that I prefer, excepting her up-special, which allows her to take to the sky a la Balloon Fight, floating much like Kirby or Jigglypuff do. Some of her attacks appeared to have a random component to them, where she would occasionally drop a bowling ball on other fighters, but often it would be something less imposing. 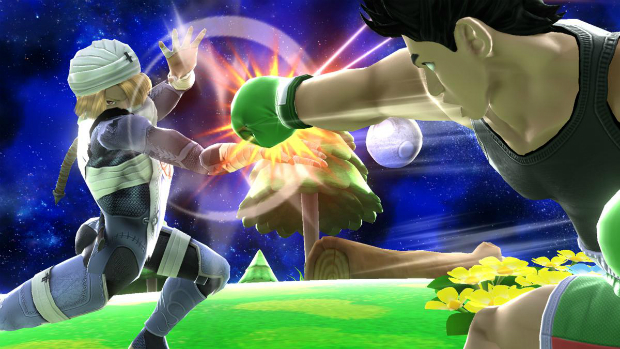 Of all the newcomers on display at E3, Rosalina & Luma handily take the title for having the steepest learning curve. Since Rosalina and Luma are separate entities, they can move independently from one another, and over the course of the match, I did not intuitively grasp the exact mechanics behind it. Additionally, certain commands will have different results depending on whether Luma is near to or far from Rosalina. The duo certainly has a lot of potential to be devastating in combat, but it would have to be in the hands of an experienced player.

In contrast, Little Mac has an almost nonexistent learning curve. He runs fast and hits hard, with few frills on top of that. His drawback is said to be his poor aerial ability, but that did not really affect me much. I was too busy dodging and weaving, then landing powerful punches to really notice. Even though I tend to favor the floatier characters, I think I may have found a new character to use as my main.

In all, I had a blast in my time with Super Smash Bros. With the GameCube controller, it feels just like Smash should feel. Even after going through several matches to try out most of the new characters, I wished I could have kept on playing. This cannot release soon enough.