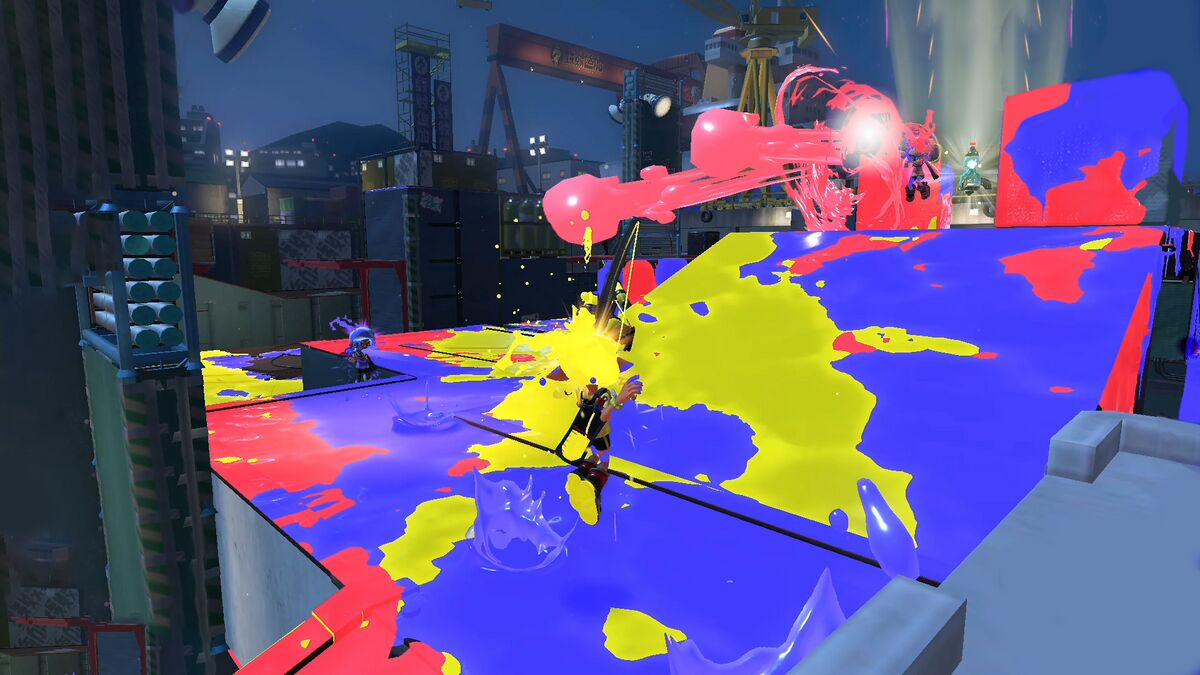 A massive Splatoon 3 patch just dropped, and it has implications for multiplayer, as well as the Tricolor Battle system (which will impact future Splatfests). Let’s dig in, because there’s a lot to unpack.

On a technical level, some bugs were fixed, including a Squid Roll exploit, as well as bugs like interactions with water, and general multiplayer connection problems. Matchmaking has been a contentious thing for some, and ideally this patch should smooth things over. A small story mode bug was addressed too, as well as connection and technical issues with Salmon Run.

But the big focus here is the “Tricolor Battle,” the new mode that features three teams duking it out at once. As a lot of folks experienced with the free Splatfest demo (rock, paper, scissors) before launch, the pure chaos of the mode really didn’t work out in its favor. For now, the “rate of the Tricolor Battle occurrence” (which you’re randomly matched into as the winning team) has been “adjusted,” and will “trigger somewhat less frequently than before.”

Interestingly, Nintendo provided an extra explanation at the end of their patch notes, which isn’t a normal occurrence. They mention that this patch was “prioritized” because it deals with multiplayer connection issues, which can have a “significant effect on game progress.” Also, the Tricolor Battle changes “should be considered temporary,” the team says, which is in line with their recent commitment to rebalancing the mode long term.

Nintendo teased a new major patch in December, alongside the start of the new season, as well as a minor update “mid-season,” from now through the end of the year.

You can read the full patch notes here, or below.

Because this update patch focuses on Splatfest-related changes and addresses bugs that can have significant effect on game progress, we have prioritized its release.

Please note that the changes to Tricolor Battle frequency should be considered temporary. For now, there will be somewhat more instances of players selecting Tricolor Battle but being placed in a Turf War battle instead. Going forward, Splatfest-matchmaking specifications will continue to be adjusted, and this issue will be rectified. We are planning to implement these adjustments with the new season beginning in December.

The next patch will focus primarily on balance adjustments and other issues that were outside the scope of the current patch.

We continue to observe and analyze battle data and are planning to make adjustments at the midpoint of the current season.