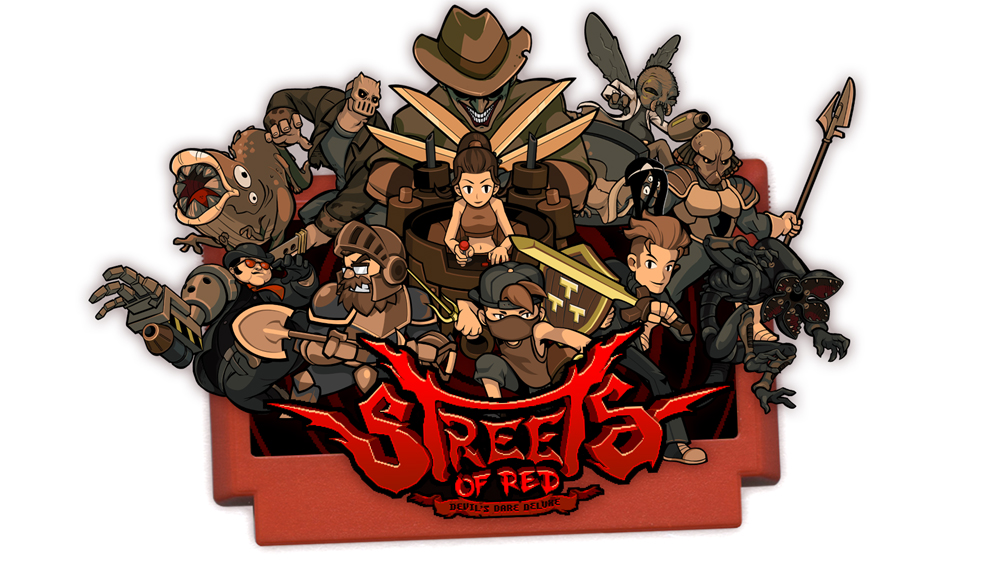 The developers at Secret Base have just launched a free patch for Streets of Red: Devil’s Dare Deluxe that includes four new bosses as well as online leaderboards and new language options. They aren’t charging more for this extra content though. Instead, they are putting the game on sale for 30% off until November 20. The only catch is, as of right now, the new content and sale are only for Switch owners.

Tobe, the game’s creator, told us. “If sales on Switch after this patch go well, the next step is to bring all of the new Streets of Red content to the original Devil’s Dare on PC before we look at PS4 again. The reason is a realistic one. While working on it, we weren’t sure how well received the game will be given the overcrowded market these days, so it wasn’t easy to build up enough funds to allow for free updates. It is only after the sales of the game on eShop came in that we saw that we could add this new content and still stay afloat.”

“That being the case, we naturally decided to start from the Switch version, as that’s where the majority of our audience is. The immediate next plan will be to try to get it on Steam, as we want to make it up to our PC gamers. And if that goes well too, maybe we can investigate how feasible it is to bring it to PS4. We apologize to our PS4 supporters, but I can hope that people can understand that we are a small team with limited resources and might not able to make everything happen, at least not all at once.”

We also asked him why these four particular bosses were chosen for the Halloween update, and if they may all make it into a Horror Vs. Video games parody party fighting game someday. He was very forthcoming.

“Most might not know, but Streets of Red is actually the spiritual successor to our previous game Bitejacker, based on the show Bytejacker hosted and produced by Anthony Carboni. We brought over most of the bosses, but missed out on Z Warrior, and now seemed like a good time to bring him back in. Aside from that, we also have the Fish monster Mul Goemul and Sakura, who are both based on Asia themed monsters. Since we are based in Asia, I sort of wanted to showcase that. We are also releasing the game in Japan and China at the same time, so we also want to add something that they might find interesting and familiar.” 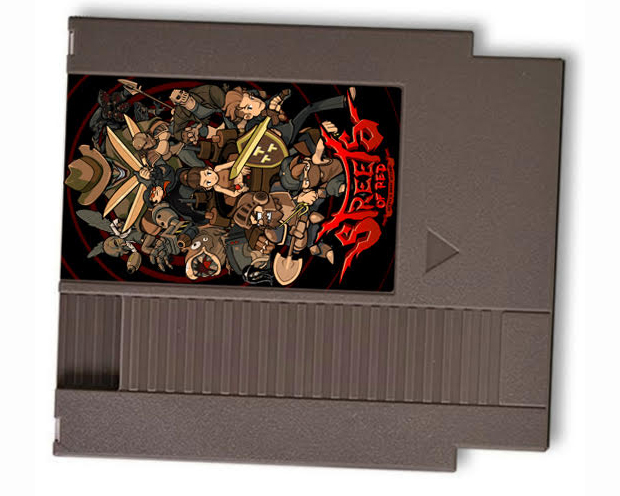 As for the Smash Bros.-style four-player fighter, I have to admit that it was my idea. When I first played Devil’s Dare forever ago, I immediately jumped to the idea of playing it against my friends as well as with them. At this rate, this is probably as close as we’ll ever get to seeing Aliens/Predator/Freddy/Jason/Chucky/Ringu/Jim Sterling crossover, so they might as well fight each other as well as their human victims, right?

When I asked Tobe if he’d ever thought of going this route, he said “I wasn’t before, but maybe I should? Honestly, there’s so much goodness from that time period, and I constantly draw reference and inspiration from that era. I have been thinking about working on a simple input fighting game, something between Smash Bros. and Divekick, so that might just be a thing. We’ll see. Fingers crossed!”