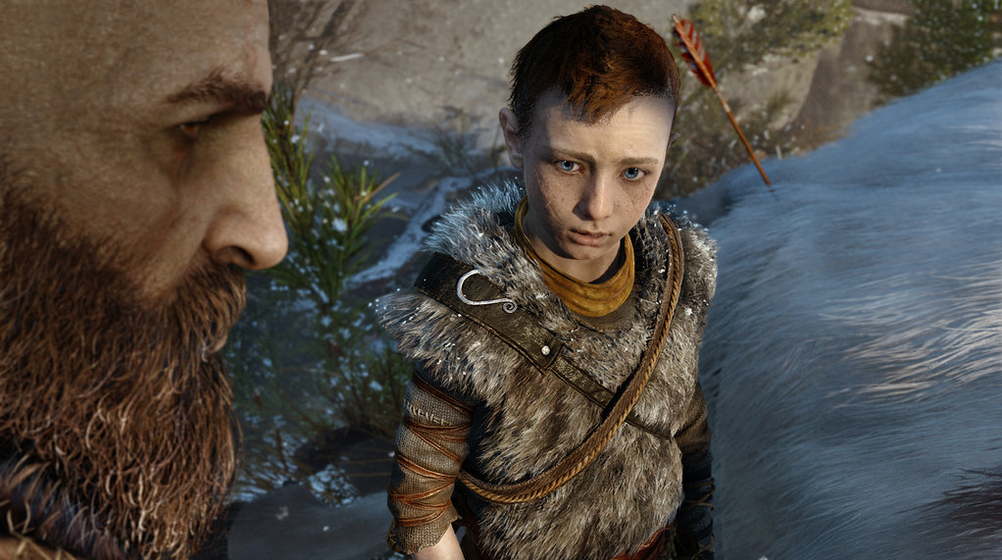 The considerable deviation from the God of War formula began “many years ago” as Sony Santa Monica, “decided we were going to go in and rip up the entire thing, put all the pieces on the floor” to suss out the key tenets the team wanted to carry over, Sony’s Cory Barlog explained.

This was always Kratos’ game. “From the beginning,” Kratos was part of the plan. In what’s being called the “Greek era” of God of War, the character is established as an antihero, a completely murderous madman. However, in this new “Norse era” of the series, the goal is “bringing him closer towards making the right decisions” and “giving him an opportunity to change.”

“In the previous games he was a monster at all times. He was the Hulk. There was no Bruce Banner. This game is about him finding the balance, finding the reason to change.” Kratos’ son — yes, it’s his son — is part of that. As he is teaching the boy to hunt, which was covered in the reveal, you see Kratos briefly rage when the boy accidentally startles the deer. In the corner of the screen, what looks like the Spartan Rage meter actually starts filling, though it’s a cinematic, and then gradually drains as he cools himself. “Be calm and plan,” Kratos says. “You must think. Don’t simply react.”

That line is a great reduction of the story of a man who, despite his past and his personal failures, is trying to steer his son away from those same mistakes. Barlog makes a point to note that this is, “a continuation of the story, not a reboot,” despite the title (more on that later). It is Kratos in “a different stage in his life,” which I think is a more interesting root than some kind of lazy reboot tale. In a real way, Barlog and company are reckoning with their own past creative decisions.

“We’re all getting older,” Barlog said when I asked about the obvious The Last of Us comparisons and AAA trend toward games about fatherhood. “We all tell stories about what we have around us…I personally do think it’s the trend just reflecting all of us getting old. All of us seeing the world differently, but not wanting to go back and put flashlights into soldiers’ hands or make Greedo shoot first, but make a better tomorrow.”

Later Barlog would note that, “for a god [Kratos is] kind of in middle-age.” It was meant to explain that there’s a lot of life left in the character and that the “Norse era” of God of War means more than one game, but it also felt like a reflection of Kratos’ maturing creators. It’s Odysseus on the trip home. 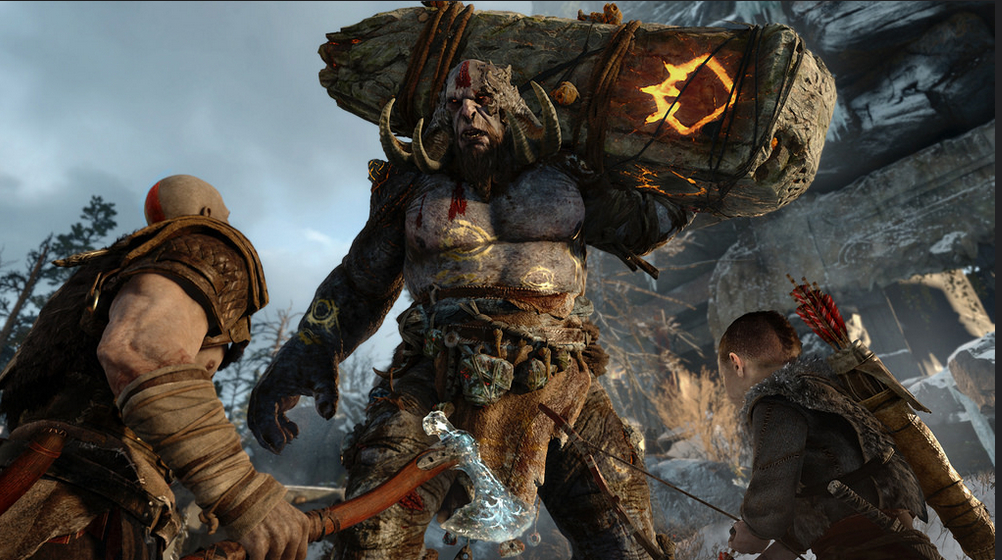 Barlog says the comparisons to The Last of Us end there: they both have kids/companions. Uncharted has been doing that for years, too, just with peers and love interests. It’s about telling story outside of cut scenes. After the hands-off demo, an extended version of what was shown at E3, he noted that everything we just saw was done in one take, without any edits or jump cuts. The game blends seamlessly in and out of non-playable cinematics and everything else. This works in part because of the new behind-the-back, player-controlled camera angle that lets us, “see the world through Kratos’ perspective.”

This new perspective includes fatherhood, and it’s touching how the boy actually runs around like a real dumb kid whose limbs are all the wrong size. Seeing him lead the hunt running under a tree and briefly jump up to slap the snowy branch above him was a nice little touch that gave me a paternal twinge. One of my favorite things that we’ve seen in the combat so far is a similar bit of “realistic,” detailed animation. When Kratos throws his axe at the troll’s head, it doesn’t just do damage, but looked like it physically thumped and staggered him. Could be you do that enough times and you start to notice such an animation, but Barlog says those kind of reactive moments are what the team is aiming for, so that “everything is real.”

Not unlike Horizon Zero Dawn, there seems to be a detailed eye put towards making a holistic world rather than filling it haphazardly with whatever cool monsters they can think of. After beating that troll (regular enemy, by the way; not a mini boss), for example, you walk through the area and see a bunch of strung up, flayed trolls and realize that people in the area had been hunting them and they were all recently killed by that big, angry one. 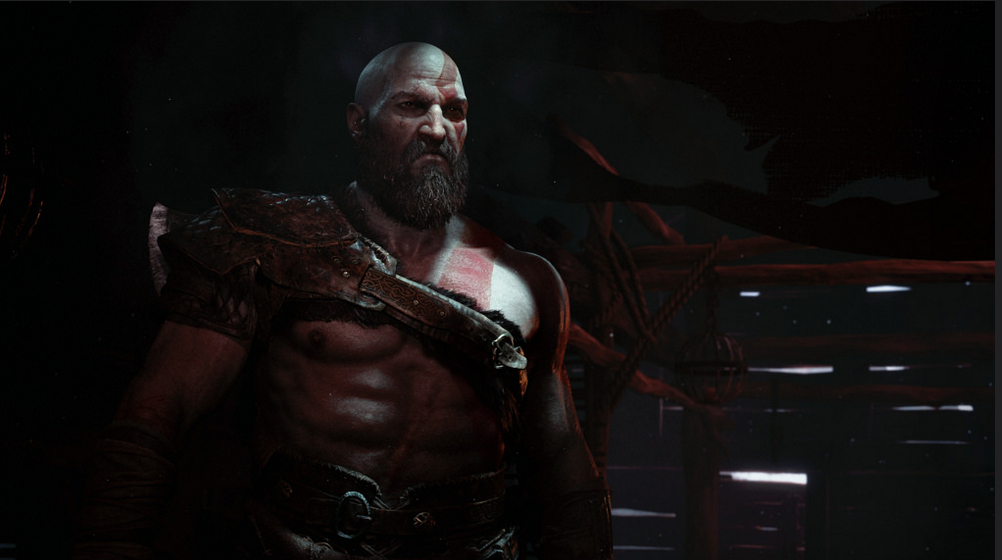 Kratos’ kid also, “integrate[s] completely into the overall loop of the game.” You don’t take control of him, but there’s a button mapped to the kid to give him commands, so he has extended purpose compared to, say, Ellie in The Last of Us. It also makes for a better metaphorical progression system since Kratos is already a bad motherfucker. When the boy shoots the deer, you’re still behind Kratos, coaching the boy’s aim; eventually, he’ll be able to do that himself. “The concept of passing information along from parent to child” in this “very unforgiving world, very spartan world,” is important.

“I think the spirit of rebooting a franchise is what we wanted to do, but I just did not want to go back and retell anything,” Barlog said. “And I think putting a four at the end of it is disingenuous for the journey that he’s going on. He is searching for a new beginning, a new start, but he doesn’t get to just start over and wipe the slate clean. He kind of has to continue on.”

I like the idea of reckoning with the past of a character as it was defined by a number of games in a different style and with a different focus. “Kratos is trying to keep his past away from his kid” and live a better life; it’s a relatable, human struggle mapped onto a fantastical world. I think the new God of War says that we can ask more of our games. Even “action games” about a god brutally murdering sick-ass monsters. We still read Homer, after all.