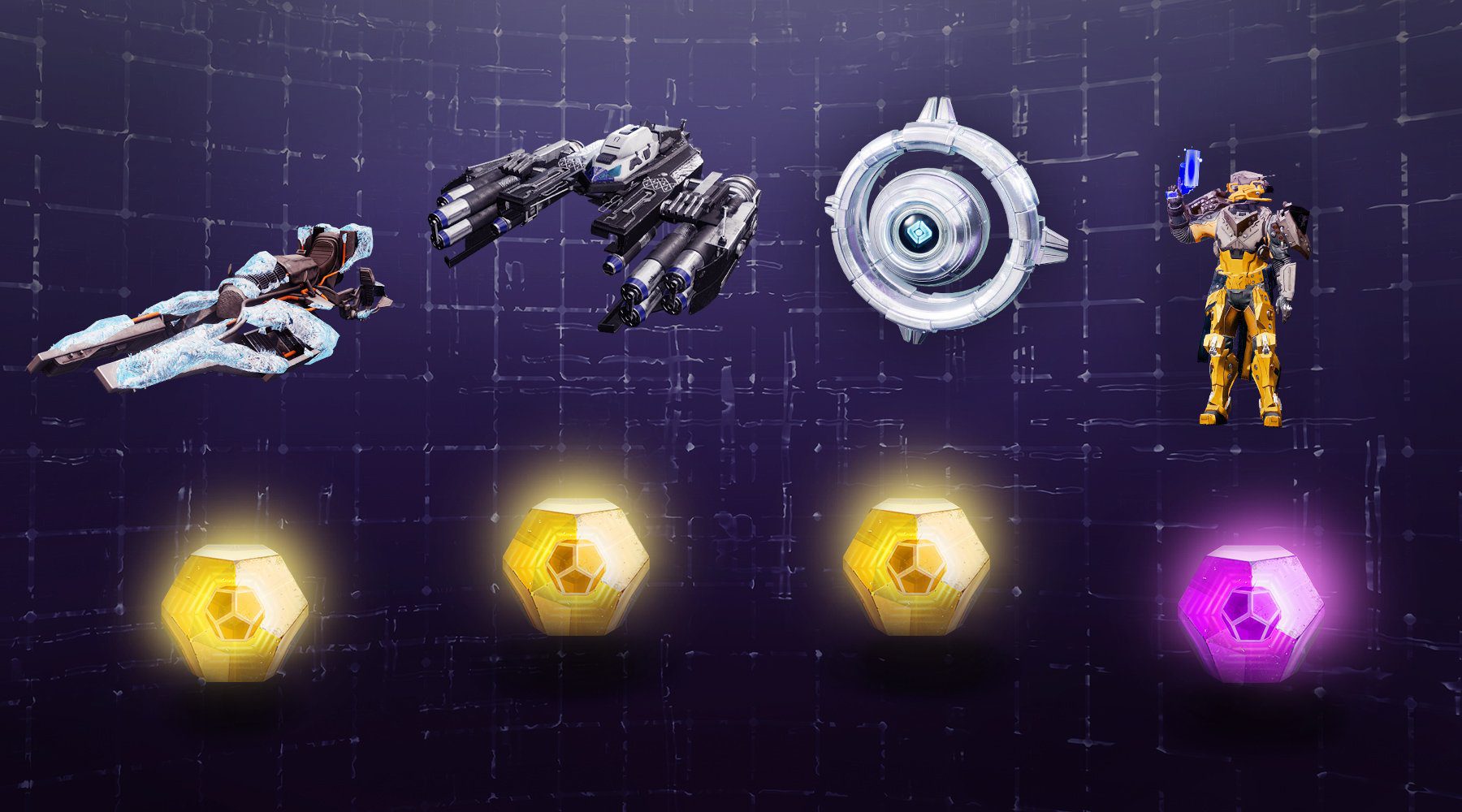 Man it’s going to take me the rest of the year to get that right. “Prime Gaming.”

In case you missed it, Twitch Prime is no more. Oh no! Wait, there’s more. It’s “Prime Gaming” now, and everything you redeemed in the past is still linked to your account. In passing, I still refer to it as Twitch Prime: especially in the context of Destiny 2, which has had a number of loot drops under the old name.

But alas Amazon is moving forward with Prime Gaming, so we need to get with the times! This month’s Prime Gaming drop includes three exotics (Cryptomnesia Sparrow, Ada-1’s Lone Wolf Ship, Peerless Precision Ghost Shell) and one legendary emote (Flare Gun). The Ada-1 ship will probably be the most enticing drop for lore nuts, but the Ghost Shell is pretty cool looking as well.

As a reminder, you can grab all of these in the hangar in The Tower via Amanda Holliday. They won’t be delivered to your mailbox. Now is a fairly good time to stock up, as Bungie is driving headfirst into a new expansion next month, as well as a next-gen upgrade with drastic visual overhauls.

I remember when Destiny first made the leap from PS3/Xbox 360 to PS4/Xbox One! It feels like it was yesterday.