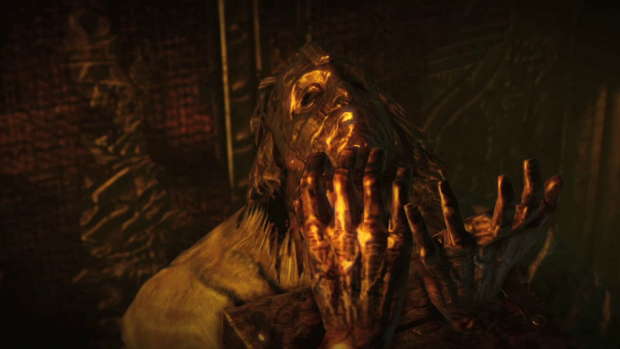 What was that you said?

A new trailer for Dark Souls II has just hit the interwebs and it is thrilling. Huge enemies, vast and inhospitable environments, it’s sticking to the playbook and that’s just fine. The only problem I have with it is that it’s so damn noisy.

There’s a whole bunch of talking going on in the latter half. I suspect they are things that would have considerable interest pique-ing potential, but I don’t know because I can’t make out anything over the noise of the score and sound effects. It’s like I have a teenager in the house, they really like orchestral music for some reason, and all I want to do is watch my damn show. Turn that racket down.