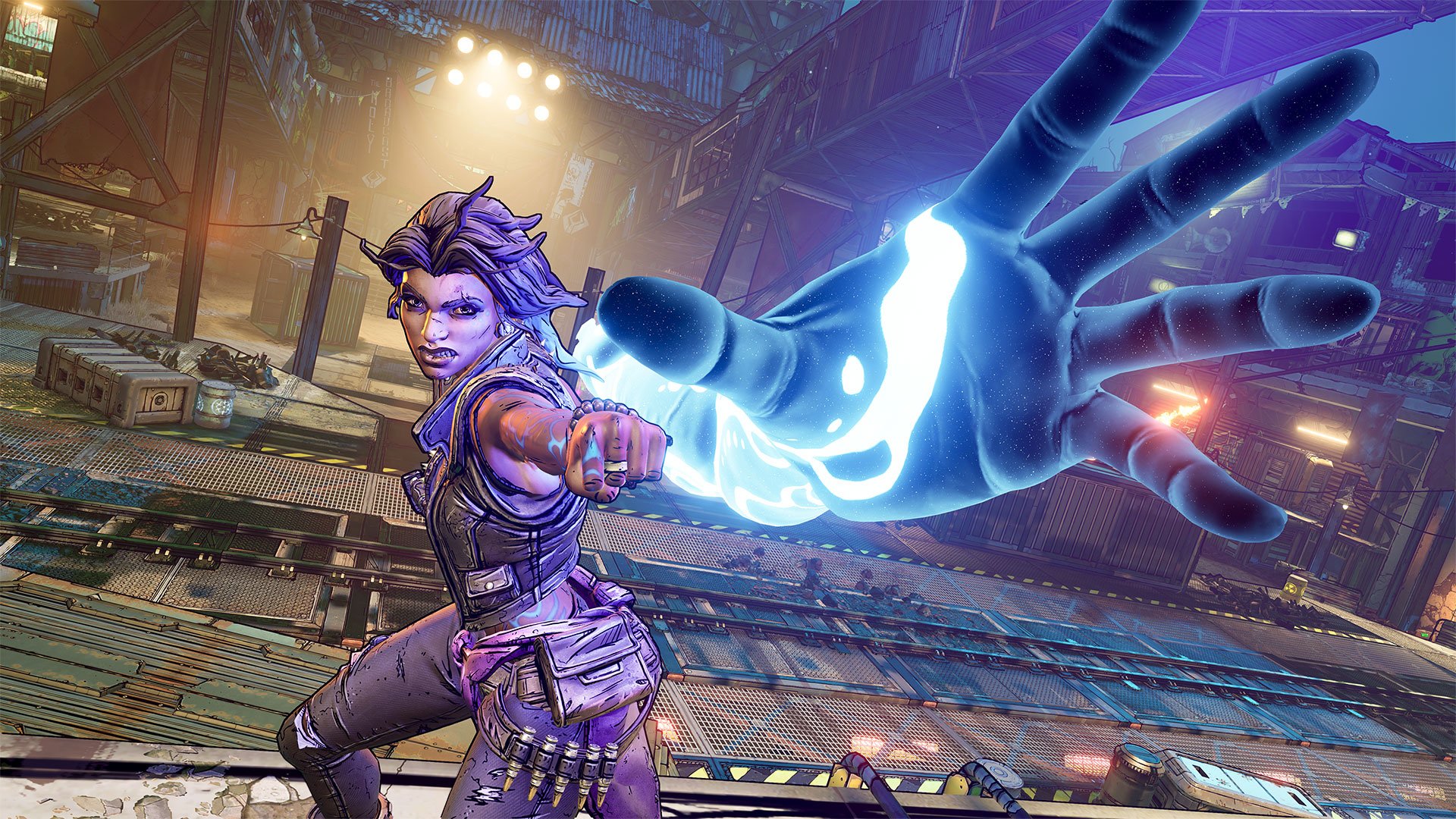 Borderlands 3 recently hosted a DLC, but there’s one more known add-on in the pipeline (and if I know Gearbox, years more planned behind the scenes) and plenty of free updates to go around. This latest one doesn’t add content per se, but it has plenty of quality of life changes that have been a long time coming.

Most notably, the Fabricator weapon can now spawn “one to three legendary weapons” at the cost of 250 Eridium. You’ll also be able to buy veteran rewards from the vending machine at will (nice), as well as legendary gear in every machine. Thankfully, green tier gear has been removed from the item of the day pool entirely, cutting down on useless equipment showing up.

Gearbox also says that chests and badass enemy drops have been “subtly buffed,” and dedicated loot pools (something introduced a while back that made named enemy farming more enticing) have been tweaked for the better with a “dramatic overhaul.” 21 under-performing anointments were also dropped from the anointments table, so you should be getting better abilities in the future. Beyond that, the patch mostly consists of bug fixes, but all of the above should make the game a little more fun for people farming the latest gear.

You can find the bulk of the patch notes below! You can also take a gander at Gearbox’s “six weeks of events” initiative, which celebrates the anniversary of Borderlands 3. It all kicks off on July 30 and will run through September 10.

It’s been nearly a year since #Borderlands3 made its big debut on September 13, 2019. To show our heartfelt appreciation, we’re kicking off a Borderlands 3 Anniversary Celebration on July 30, bringing you a whopping six weeks of mini-events!

Players can now purchase previously rewarded mission rewards in the Veteran Rewards Machine just outside of Crazy Earl’s door on Sanctuary III. As missions are completed, their rewards are added to the pool and can be purchased using Eridium!

We have rebalanced vending machines based on community feedback. Vending machines of all types have a small chance of providing Legendary gear for purchase. We’ve also removed Uncommon (green) Rarity gear from the Item of the Day pool.

The quality of rewards found in chests and dropped from Badass enemies have been subtly buffed. Our goal is to make sure chests feel rewarding and exciting, and players feel properly rewarded for defeating difficult enemies.

The dedicated loot pools for bosses have been given a dramatic overhaul in hopes of making for a more reliable and satisfying farming experience. Most bosses have two pieces of gear assigned to them, though there are exceptions. To reach this goal, we enabled respawning on the following bosses and reshuffled gear between bosses more evenly.

To further improve the farming experience, we examined the Anointment pool and determined some weren’t engaging the community as we hoped. Given the depth of the pool, we have removed the following 21 Anointments. Any gear that currently has these Anointments will continue to function properly, but gear dropped after this update will no longer roll with these Anointments.

A NOTE ON DROP RATES

A few bosses have had some minor tweaks made to improve their looting experience, but we have left most of the drop rates unchanged. With the thinning of the dedicated loot pools and the removal of 21 Anointments, we decided to observe these changes first then make changes as needed in the future.

We have adjusted how projectiles from damage events spawn. We found spikes in stability and performance concerns when too many elemental projectiles were spawning during gameplay. This was due to some weapons spawning many more projectiles than game performance recommended. The Recursion, Carrier, Bearcat, Lead Sprinkler, and others will see the effects from this change. We will be monitoring how players will be using these weapons for any possible adjustments in the future.

After making changes to the Scorcher’s splat, we wanted to make sure it and other pets still felt fun and capable of competitive amounts of damage in Mayhem, so we buffed pet damage accordingly.

We identified a behavior in our damage pipeline that created opportunities for certain gear and skill combinations to do excessive amounts of damage. We determined these combinations were not aligned with the rest of the game and made a solution that better fits our intended balance goals.