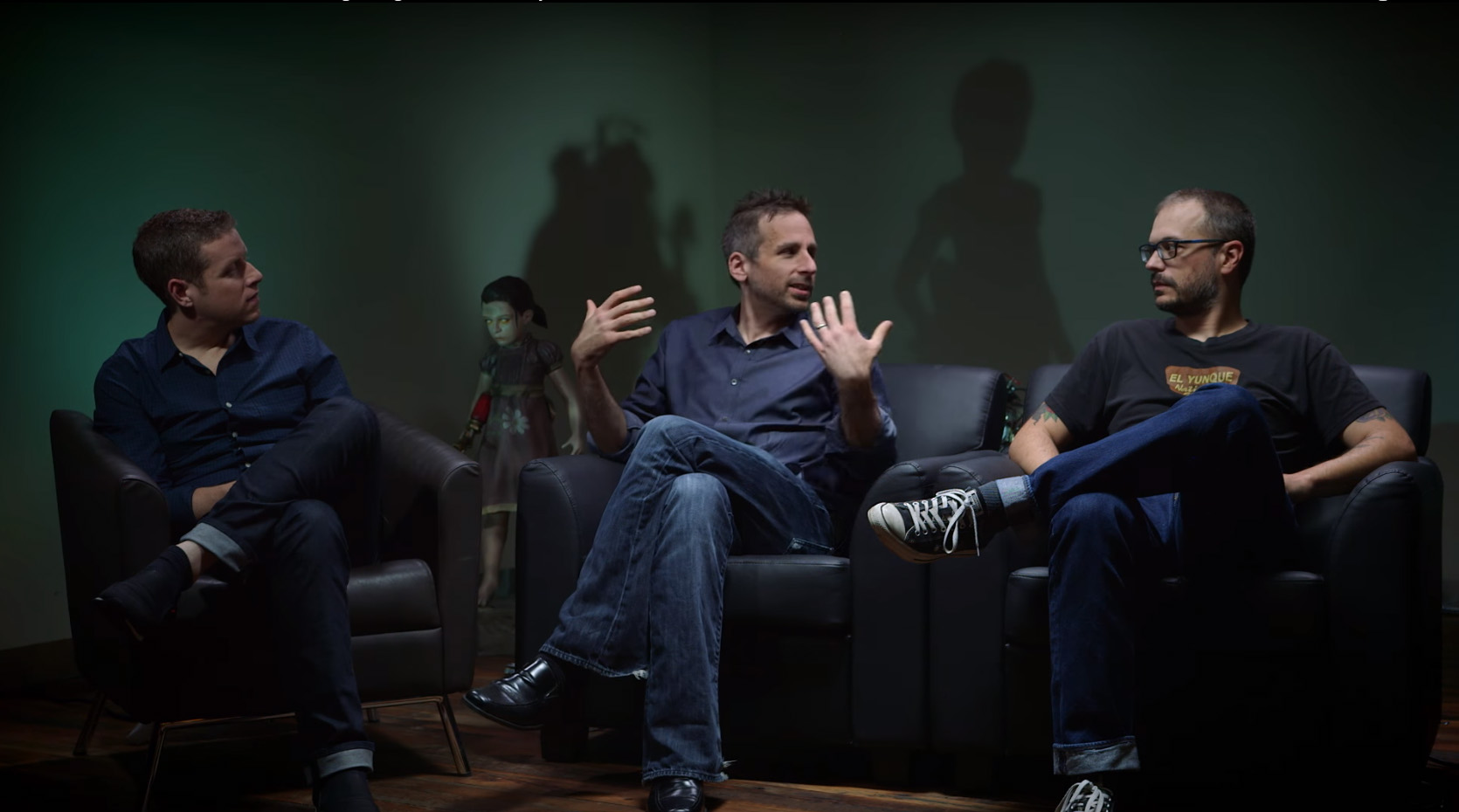 The upcoming BioShock Collection which features all three of the series’ games will also offer developer commentary by BioShock creative director Ken Levine and lead animator Shawn Robertson. In a post on the U.S. PlayStation blog, Sony showed off one of the unlockable commentaries about how the first BioShock‘s intro was not well received during an early round of focus testing.

The video shows that these developer commentaries will be unlocked when a player finds new hidden collectables scattered through the games. It looks like this commentary won’t be done in-game, so presumably the interview videos will be unlocked somewhere in the game’s menu system. (And on YouTube within a week.)

Developer commentaries can be fascinating when done well, and give people who’ve mastered a game a reason to return. The first time I remember seeing the technique was in Half-Life 2 over a decade ago, but it’s been used to good effect in remasters of Grim Fandango and Monkey Island as well. BioShock Infinite in particular had a long, somewhat troubled development cycle, so it’ll be interesting to see if the commentary goes into detail about the backstory behind that game.

BioShock: The Collection will be available September 13 on PC, PS4, and Xbox One.