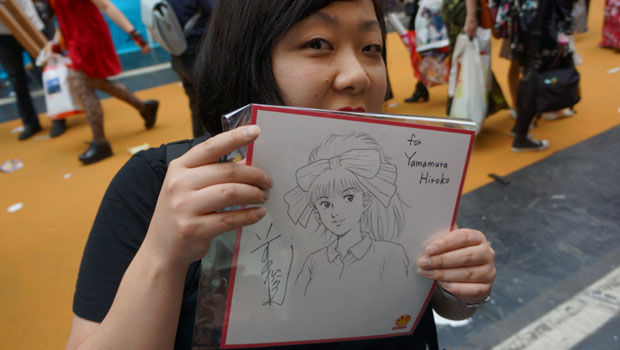 Been wondering where your Network Roundup had wandered off to? Japan Expo in Paris, France to be exact. Anime, manga, and video games action aplenty, and of course, cool French people, and like minded comradery. I couldn’t pass up the chance to get an ever so innocent looking drawing from The Legend of the Overfiend and LA Blue Girl creator, Toshio Maeda while there. Who doesn’t need a little tentacle loving?

Keeping with the spirit of Japanese entertainment, the network had some amazing Japanese news going on. Destructoid took on the forbidden combo of American RPG and Shojo manga. Japanator is going to drag you through the aisles of the convention floor all week. Flixist is making sure you don’t miss a detail about the Japan Cuts film festival. Finally, Tomopop reminds us how all these Japanese toys just have it out for our wallets. Who’s hungry from some squid?