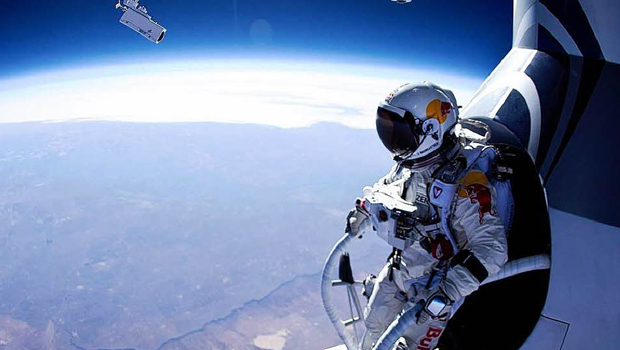 Sometimes the world can still amaze you. Yesterday, Felix Baumgartner went 23 miles up into the sky, and just jumped. The footage of the Red Bull sponsored event broke numerous records, the sound barrier, and even Youtube records. When people were describing the whole thing to me, I just wasn’t all that impressed… then I saw the footage. Wow. The view from the edge of the Earth’s atmosphere was truly breathtaking… and that jump. I still get chills from watching the whole thing!

Although we weren’t jumping out of space balloons, we still kept busy running around New York Comic Con. That’s right the entire network was running around the big apple causing tons of havoc, buying up lots of goodies, and of course breaking hearts. Perhaps we didn’t inspire the awe of a space jump, but I can garuntee you many Red Bull were consumed.