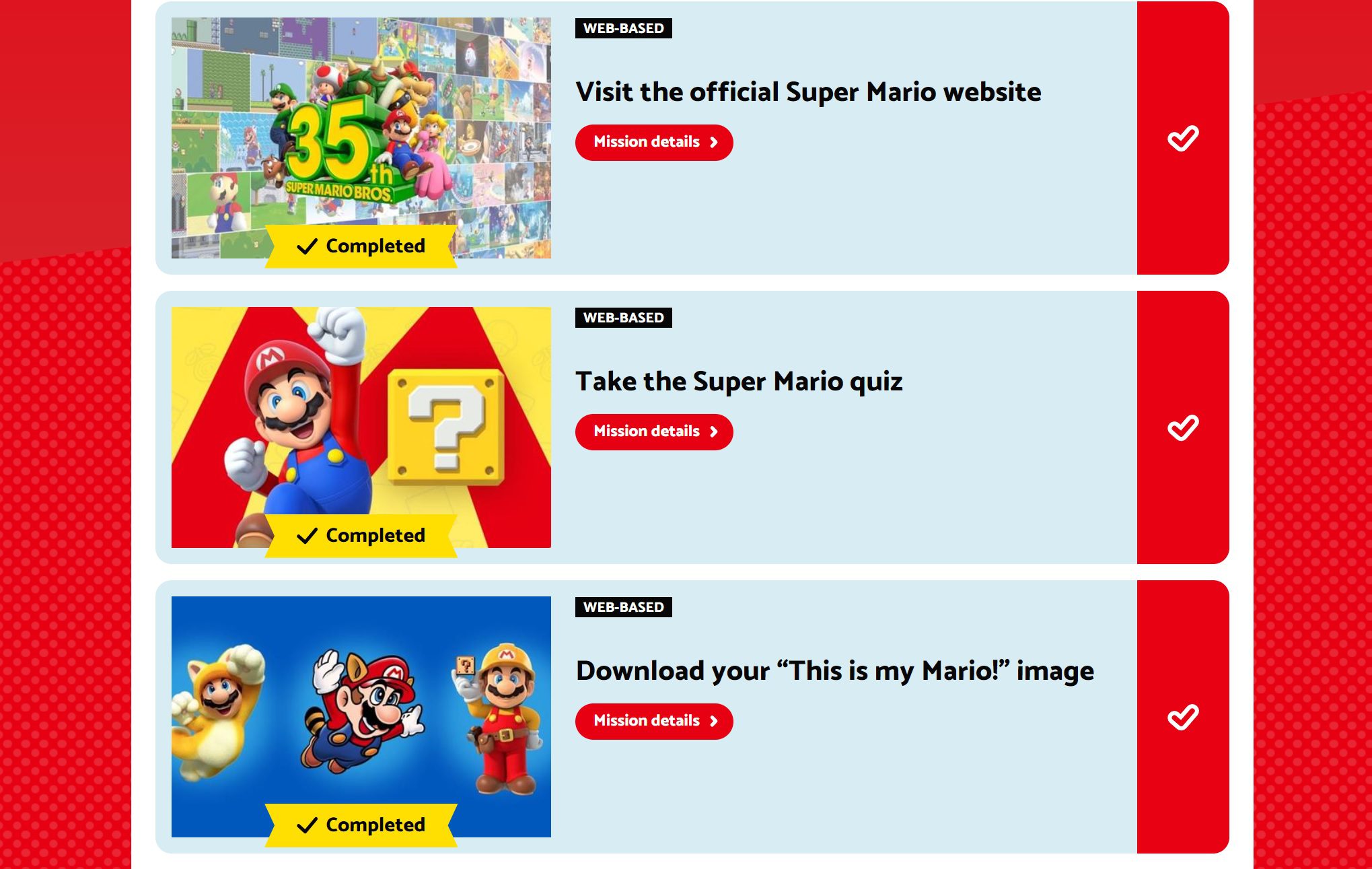 But as soon as the promo actually went live, it crashed the site, the entire Nintendo store and sold out in minutes. That’s bad!

So what went wrong? A lot of things.

Long story short, prospective-pin-purchasers logged in and were immediately met with 404 errors. Users painstakingly took to Reddit to come up with all sorts of “strategy guides” for the process, including clicking specific radio buttons on the shipping forms to prevent the site from 404-ing. That’s dedication! I even used one of them to redeem my set of pins amid an hour of refreshing.

But I had already gotten my special code to input into the Nintendo storefront. Within minutes, if you hadn’t redeemed your code to get the pins (through the above 404-ing process), you were out of luck. Less savvy adventurers weren’t aware of all of this chicanery and finesse, so they missed out. But to me, the weirdest aspect of this promotion? The fact that one of the missions was tied to a Super Mario Kart Tour achievement that wouldn’t unlock until September 29. Remember, the pins sold out immediately on September 21.

Now it’s important to point out that you only needed to finish five out of six missions to nab the pins. In other words, the Mario Kart mission wasn’t required. However, not everyone is reading the fine print, and I’ve spoken to multiple people who were waiting for the mission to “count” before redeeming their pins. By the time they had heard about the ruckus, it was too late. It’s really strange planning on Nintendo’s part.

At the end of the day this story is about metal pins for a guy in a red hat with a mustache and there are more important things to worry about. But a free collectible bonus probably put a smile on a lot of faces: if they were lucky enough to pick it up. Hopefully Nintendo is better prepared next time (I’m waiting for this to be quoted in the comments with a funny .gif).