Wireless with a home button shortcut

Third party hardware manufacturers have been chomping at the bit to peddle their NES Classic wares, and you know what? I don’t blame them. With how horribly Nintendo has handled the distribution in North America, you’d be hard-pressed to find an official controller, much less an actual unit. And those controllers, mind, are $10 at retail, but have been going for up to $100 due to the shortages.

But as it turns out those third party options are pretty good, and in addition to the Nyko Miniboss, My Arcade’s GamePad Classic is pretty decent too. 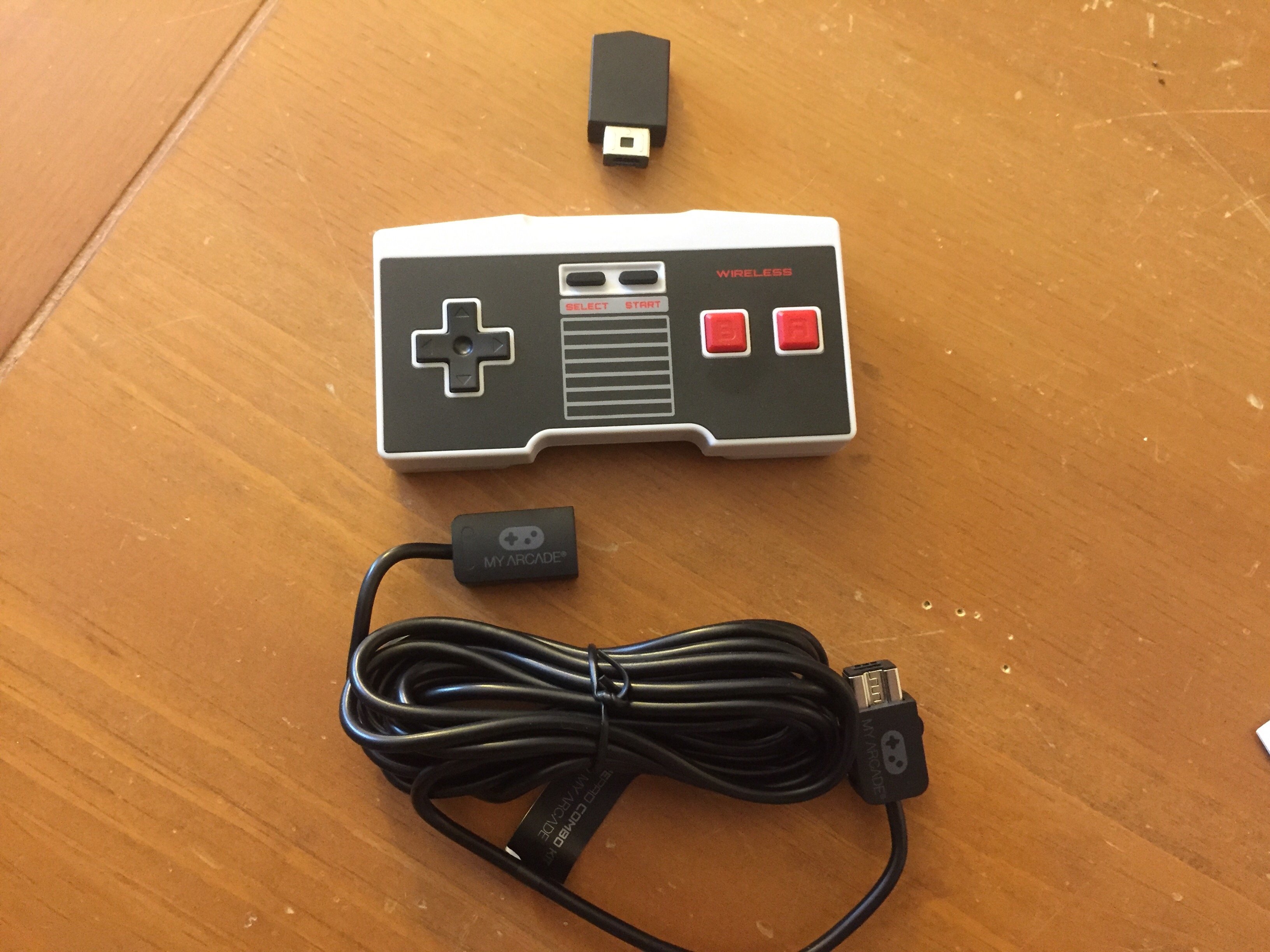 My Arcade’s GamePad, like several other options that can’t legally create a 1:1 replica of the classic retro controller, looks ugly on paper. It’s an odd shape, almost to the point where I felt like I was constantly holding it upside-down, but it’s actually lighter than the one included in the box. The buttons and frame look cheap, but they’re surprisingly sturdy, lack an annoying click, and can easily support a few chucks against the wall while playing Double Dragon II’s “Supreme Master” difficulty.

But what I really love about this one is that there’s a Home button shortcut that’s not found on anything but the Wii Classic Controller (or manually getting up and pressing the reset button on the console) so far. If you press start and select at the same time you can instantly go back to the main menu to select a new game or save your progress. Rad.

It’s also battery operated (several offerings are charged via USB), and my testing seems to support the claims of 75 hours of battery life (I’ve only played around 15 with it, but it’s still going). The same goes for the 30 foot signal claim — anywhere in the same room was functional, and it also worked on the Wii and Wii U. The only issue I ran into is that if you leave it idle, it needs to re-connect for around five seconds before you can jump back in. A friend and I ran into a snafu once or twice where he’d un-pause our session only to find my character unresponsive for a few moments.

My Arcade offers up an optional combo pack of sorts (which you see here), that provides a 10 foot extension cable and the wireless remote. In other words, you’re pretty much good to go with the official controller (extended) and a wireless joint. If you absolutely can’t find a second OG remote, you may as well spring for that option. For those of you willing to wait, two extension cables is the way to go (all of the ones I’ve tested work well).

There seems to be a lot of confusion out there in regards to third party remotes, and it’s something that I only ran across because it’s buried in My Arcade’s owner manual. Apparently the NES Classic has some sort of authentication module, and an official controller (one comes in every box) needs to be plugged in at some point. It’s a weird, stupid decision that’s may or may not be an effort to sabotage third parties, and really short-sighted given the stock issues.

I’ve tested it extensively, and from what I can tell, it just needs to be be plugged in once, then you can remove it from the session and you’re good. I was able to use both the Nyko Miniboss and the My Arcade GamePad at the same time (both wireless) once I had been through that process. You can find the My Arcade controller for $14.99 and the extension cable is $9.99. You can also spring for the combo pack for $24.99 for funsies.