The Mummy Demastered was released just yesterday and it’s already gotten more positive press than any film-to-game adaptation in recent memory. This is despite the fact the film it’s named after is no longer in theaters, and the star of the movie (Tom Cruise) doesn’t even appear in the game. It instead stars a series of faceless special ops soldiers who could easily be the player, which is just one of the ways it takes advantage of gaming’s strengths as a medium.

It also capitalizes on Konami’s near-desertion of a couple of its classic franchises. The Mummy Demastered is basically a Castlevania game starring one of the Contra guys. Combine that with fantastic art (some by River City Ransom: Underground co-creator Bannon Rudis) and an amazing soundtrack for a game that scratches an itch that both fans of 2D Metroidvanias and classic Universal horror icons can easily get behind.

We talked to Austin Ivansmith, the game’s director, about that approach to pitching and developing The Mummy Demastered, how long it took to make, why games like this are rare these days, what the ancient Egyptians would have thought of it, and a lot more. Check it out and then let him know in the comments which of Universal’s Dark Universe headliners you’d like him to take on next. I know that both he and the mega movie studio will be watching 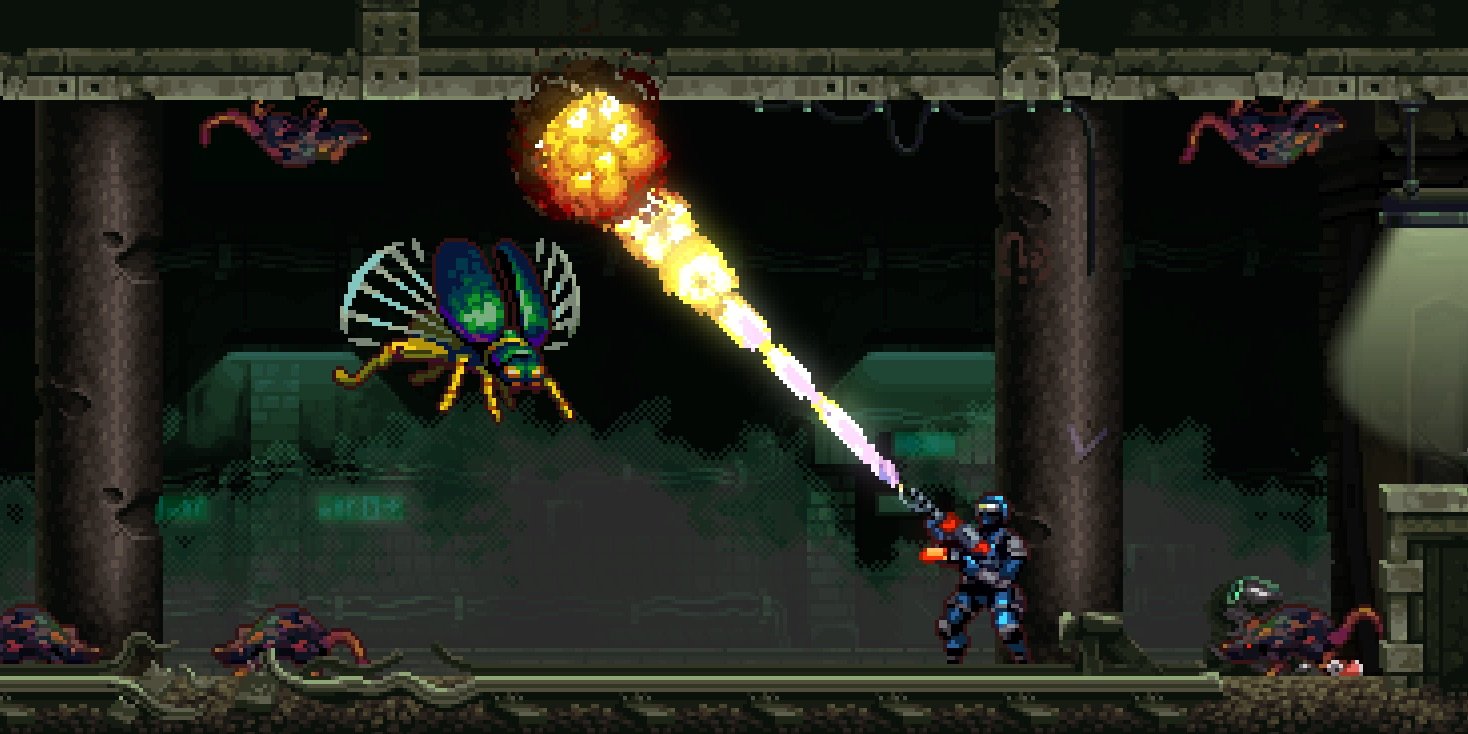 Dtoid: When did work on The Mummy Demastered start?

Austin: Pre-production began in early November 2016: I wrote the game design document (GDD) based on the pitch we presented to Universal Brand Development, and the information Universal provided about the movie. Our lead programmer was laying the groundwork for a new platformer engine and tools to support the game, and various artists were doing concepts for characters and the look and feel of the game world.

In late December I was then able to go to Universal and scour through tens of thousands photos taken on the set of the film, and we ended up with about 2,000 of those as reference for our backgrounds and characters. After that we were ready to start working on the game.

Full development kicked off in the first week of January 2017, right when we got back from our holiday break!

Dtoid: Was there ever a plan to make the game a straight adaptation of the film, or was it always the goal to tell a parallel story about a team of unlucky grunts?

Austin: The goal was always to make a parallel story, even in our early pitch meetings with Universal. This is usually WayForward’s approach to movie tie-ins. Parallel stories often allow for more creativity. 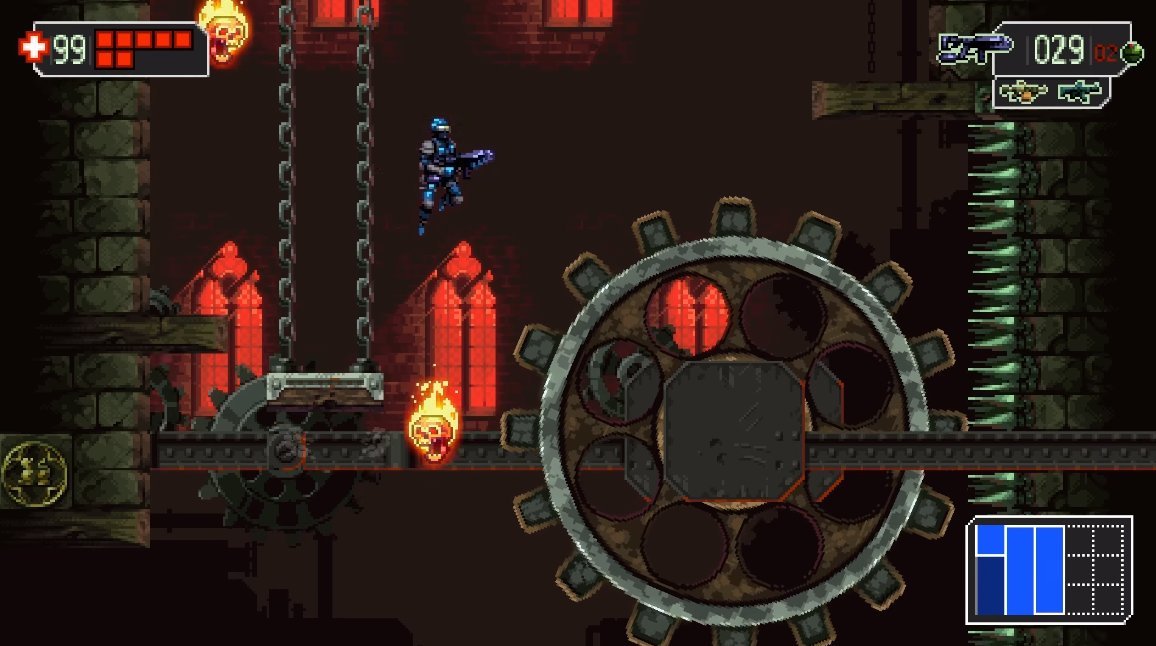 Dtoid: What are the advantages and disadvantages of casting a team of expendable foot soldiers as your protagonists?

Austin: A big disadvantage of using these characters as our heroes is needing to get fans on board with who they are and why you’d want to play as them. It’s much easier getting to play as a famous super hero or character from a movie they’re already familiar with. But the character of Dr. Jekyll does appear in our game to help solidify the bond from film to game. After that, you step directly into the boots of the hero.

An advantage to this approach is that it allows us to bend the rules and play with the film’s lore a bit. For example, we knew we wanted a unique death mechanic in this game, so it was much easier to make it work with Prodigium Agents. Ahmanet is a powerful character with some cool and unique abilities, so she afforded us the opportunity to do this death mechanic, and summon up these extravagant bosses in the middle of England.

There’s just way more freedom for new ideas when you are creating events that are similar or parallel to a move versus recreating exact scenes and sequences from a movie. You can create these neat side stories which fold into the events and let the audience make the connections as the puzzle pieces fall into place.

Dtoid: AAA-budget adaptations of big movies used to be big business on games consoles, but these days, those licenses tend to either go to lower-budget mobile game tie-ins, Telltale Games spinoffs, or WayForward. Why do you think that movies based on games have become more of a rarity on consoles, and how has WayForward managed to keep their hat in the ring?

Austin: These kinds of games have become a rarity because of, quite frankly, money. Often times publishers will build off of a proven mobile game formula rather than creating a whole world for characters to explore, because there’s less risk for them.

But at WayForward we love these kinds of platforming games – we love the craft – so we licensed, funded, and published The Mummy Demastered ourselves. So at its heart, this is a WayForward game. 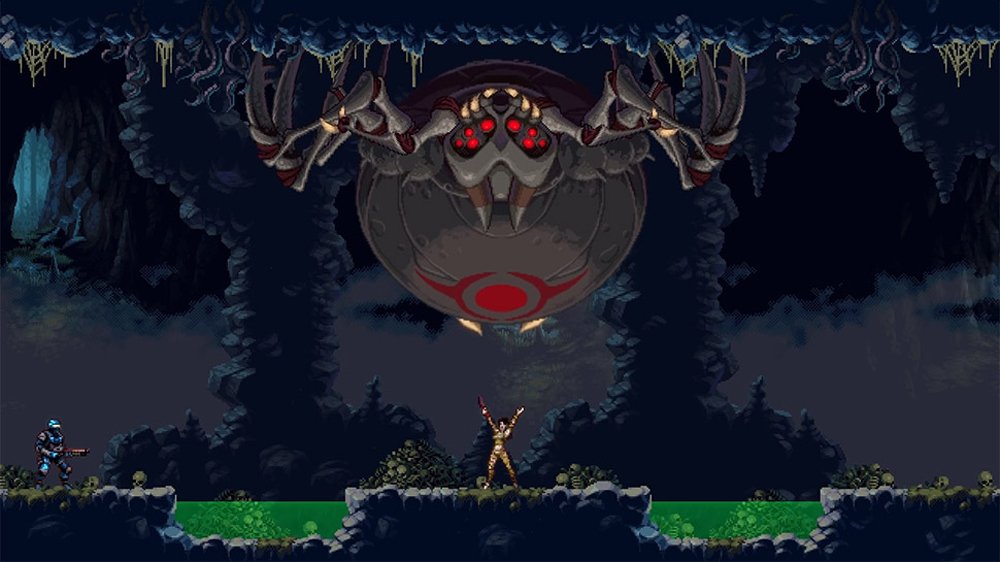 Dtoid: Launching this far after the movie’s release might have hurt other games in a similar position, but it seems like Demastered is getting just as much, if not more buzz than the film did. Why do you think people are so hungry for this kind of game right now?

Austin: Originally we were slated to release alongside the movie in early June. Midway through we took a hard look at the game and decided to give it more time, so it could become the game we really wanted it to be. Everyone at WayForward and Universal believed in the potential of our game so much that we felt it could stand on its own and release in October. It bought us another 1-2 months, but it was exactly what we needed to put the right final touches on it.

I think we ended up with a really solid shooter that will satisfy those players out there who are always wanting for this kind of game. We see previews and teasers of games which seem like they are trying to fit that bill, but they will introduce some new mechanic at the expense of losing what made that type of classic game accessible and fun. I don’t want to shoot an enemy only to stun it and be forced to pull of some chain combo our counter to actually kill it — I just want to shoot it.

I’ve come to think of it as a “greasy spoon diner” approach. I want to make someone this tasty meal with fairly simple ingredients, but most likely deep fry it (in pixels and chiptunes). We didn’t set out to reinvent a genre, we just wanted to make something that would really hit the spot!

Dtoid:What do you think the ancient Egyptians would think of your game? How about classic Mummy movie icons like Brendan Fraser or Boris Karloff?

Austin: I think most Ancient Egyptians would be confused as to why anyone would be fascinated with someone who has gone through a ceremonial burial, especially since our modern idea of a mummy “monster” as a reanimated corpse only dates back to 1892 with short story by Sir Arthur Conan Doyle. But aside from that I’m sure they would really enjoy it because you gotta figure most ancient Egyptians played video games on their lunch breaks when they were helping the ancient aliens build the pyramids, right?

Dtoid: Are their any other classic Universal Monster franchises you’d like to adapt?

Austin: Sure! These monsters have a rich history of interesting storylines and characters. Bride of Frankenstein, The Invisible Man, The Wolf Man, Creature from the Black Lagoon… any of these classics would make for an amazing “Demastered” game. Let’s hope we get to do this again!