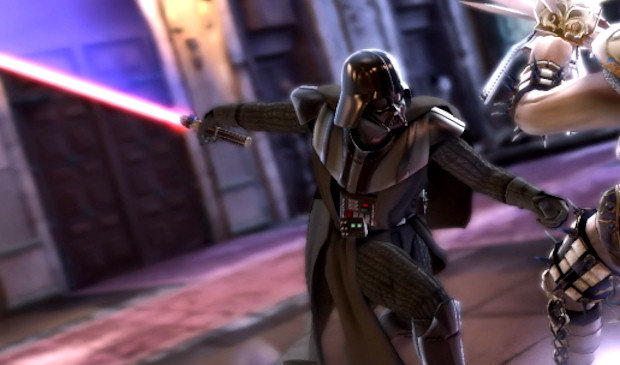 Downloadable content has become a part of the videogame world whether we like it or not. It’s become an inevitable eventuality for nearly every big name title, and we have now come to expect most hot games to continue making money with downloadable add-ons ranging from extra costumes and weapons, to map packs and full-on episodic material.

The debate rages on concerning the right and wrong way to use DLC, whether or not publishers are holding back content that could have easily released on the disc, and whether it is right to design extra stuff at the same time the game itself is being made. In order to try and help this debate continue, we have compiled a little list of some of the worst DLC available on the console with the strongest online userbase, the Xbox 360.

We’ve trawled Xbox Live to find the very worst of the bunch, so join us as we name and shame those publishers who are just taking the utter piss out of you. Yes, we’ll talk about Horse Armor.

We may as well start with the classic. Bethesda helped the whole idea of DLC jump the shark by introducing Horse Armor. This “beautifully handcrafted armor” can be yours for the princely sum of 200 Points, and has earned its place in DLC history as one of the stupidest, most pointless pieces of crappy add-on content of all time.

The horses in Oblivion are about as disposable as cars in Grand Theft Auto, even easier to lose, and lacking in the capacity to access in-game radio stations. Quite why a sensible and intelligent person would want to spend their hard-earned Microsoft Moon Money to “protect” horses is beyond me. I’ve never seen a horse die in Oblivion. They’re rarely ever in danger, unless you’re stupid. Stupid enough to buy armor for the thing, I suppose.

Horse Armor stands as testament to how a developer will just dream up any old bollocks in order to provide some sort of monetized content. I like Bethesda, but Horse Armor remains among the most shameless items on Xbox Live’s Marketplace.

Namco Bandai are the masters when it comes to vampiric DLC, and no greater example can be found than within Tales of Vesperia‘s staggering thirty one paid add-ons. Scamco isn’t put off by the fact that Vesperia is a linear, single-player game in a genre that doesn’t lend itself well to quality DLC. Those guys found a way to come up with over thirty ways to leech extra cash from idiotic gamers.

With so much Vesperia DLC to choose from, we limited ourselves to two of the most ridiculous — in-game money and level ups. If you want 300,000 Gald, just give Namco 300 Points and it’s yours. Because you can only buy a piece of DLC once, Namco was even kind enough to have TWO 300,000 Gald downloads, so if you spend the original purse of blood money, you can pay another 300 Points for even more.

For 200 Points, you can also jump your characters an extra five levels. If you want to jump ten levels, just pay 300 Points. This little scam represents what will be a running theme throughout this article — paying the game to ostensibly play itself for you. It’s amazing how people are willing to spend money on this sort of thing. Paying more money to reduce the amount of play value in your original purchase is just … wow. It’s inconceivable, but people are doing it.

Remember what we said about paying games to play themselves? Skate 2 exemplifies that with its “Time Is Money” Pack, where for 400 Points you can unlock all the content already on the disc and could be yours for free if you’d just do what you paid $60 to do and actually play the damn game. Electronic Arts doesn’t hide the fact that it’s targeting lazy morons:

“If you are busy, or just plain lazy, “Time is Money” will unlock all locations, skaters and gear that can be earned by playing through Skate 2’s career and online modes.”

In a way, you have to admire the shamelessness of EA on this one. They’re not even trying to obscure the fact that this DLC is cynical pap, but is still incredibly confident that people are going to spend their Space Bucks anyway. Is it any wonder that publishers sink to such depths when they realize they can make people pay for something they already have?

I wanted to limit each game to just one piece of DLC, but the sheer amount of worthless rubbish EA is pedalling with Dead Space cannot be passed up. Did you know that for 180 MS Points, you can buy a handful of guns that are exactly the same as in-game weapons just with slightly faster bullets? That’s the Speed Kills Pack for you, with a speedier fire rate for the Plasma Cutter, Line Gun and Force Gun.

Just in case you want EA to have even more of your money, why not spend 120 – 180 Points on new skins for your weapons? No gameplay changes whatsoever, just a straight up exchange of money for redder guns. Then there are the costume packs, which can go as high as 320 MS Points. Because these costumes have enhanced defense and come with fully maxed out weapons, they also have the added benefit of reducing Dead Space‘s overall gameplay value, just like in Skate 2 and Tales of Vesperia.

Namco Bandai return with one of the most offensively predictable bits of crap available on Xbox Live. The moment we found out that Namco was making Darth Vader and Yoda “exclusive” to the PS3 and Xbox 360 versions of SoulCalibur IV respectively, it became blatantly obvious what Namco was working towards. Quite pathetically, the leeches did not disappoint, offering Darth Vader to Xbox 360 users for the ridiculous price of 400 Points.

Scamco has a habit of charging people for stuff that’s already on the disc. In essence, you’ve bought what the publisher is offering when you paid for the game itself, but unlike Skate 2, you don’t have an option to earn it for free. Namco simply locks the stuff away, and sells you the keys at a later date. Just like with Tales of Vesperia, there is a ridiculous amount of pointless extra shit for you to spend your Toy Money on, but we had to go with Darth Vader, simply because he exemplifies everything that is wrong with abusive DLC.

Holding back a character for the sole purpose of flogging him off for a few extra bucks is a direct slap in the face to loyal consumers. Any SoulCalibur fan with dignity should have thrown this offer in the publisher’s face, but I am fairly certain of course that Scamco made ridiculous amounts of cash out of this scheme. Thus the vicious circle continues.

“This pack lets you experience everything Transformers: The Game has to offer,” proudly claims Xbox Live Marketplace. “Unlock levels, G1 skins and bonus content. For 500 points you can have it all (don’t worry  – we won’t tell anyone).”

Yes, this is basically the “Time Is Money” Pack all over again, with the added caveat that this game is based on that shitty Transformers remake that doesn’t have Frank Welker in it, so it’s automatically even worse. Still, with a Metacritic score of 52, perhaps letting this game play itself is a bonus. Is it a bonus worth 500 frigging points though? Of course not. That’s some arrogance right there, charging that much. Still, again, I’m sure enough morons have acquiesed to the ransom.

DLC: The Rest of the game
For: Beautiful Katamari
Price: 200 MS Points apiece

Beautiful Katamari, unsurprisingly from Namco Bandai, is one of the most notoriously DLC controversies, where a selection of 200 Point stages effectively completed the game. In order to get all the Achievements for Beautiful Katamari, in fact, you are required to buy and play the rest of the game being offered in downloadable form.

One of the worst aspects of this scam is the fact that Katamari is a bit of a cult series as it is. Is it really right to alienate fans of the franchise when Katamari works so hard to acquire the dedicated followers it has? Obviously, Namco doesn’t worry about such things, and is prepare to fleece anybody with more money than sense. Great way to make customers trust you.

Onechanbara is a rubbish game in and of itself, so it stands to reason that any DLC offered would also be crap. For a ridiculous 500 Points, you can access one new character for each transaction. Simply due to the fact that the original characters aren’t fun to play, I’m not prepared to pay such stupid amounts of money to choose from even more.

To access all three new characters, 1500 Points would need to leave your digital wallets. Is that not simply amazing? 1500 Points for the game itself is asking quite a lot. For three characters, it’s basically just D3 pissing in our hair via the gift of Broadband Internet.

I know it’s free, but it’s Vampire Rain. The very fact that AQ Interactive isn’t paying US to download it cements this item’s place as a truly rubbish piece of DLC.

Don’t get me wrong. I love DLC in theory. When done right, it allows consumers to spend a little more money to reap extra fun from a game they love. New episodes, maps and, Hell, even those silly costumes and character unlocks can be decent if they come at the right price. Unfortunately, as is common with every good thing in the games industry, DLC is far too readily raped by irresponsible publishers who don’t care how close their actions bring us to a videogame market crash.

The consumer, as always, is far from blameless. The only reason any of this shit exists is because they are more than happy to spread their cheeks apart and get bummed senseless by Namco Bandai and pals. Publishers are happily slapping their fans in the face with giant cocks made out of bloodstained dollar bills, and the morons are happily lapping up every drop of sweat that flies from the veiny weapon with every dull, damp thud.

In that respect, this article has achieved and will achieve nothing. However, if you’d like to read it with different colored letters, just send me 1200 Microsoft Points.