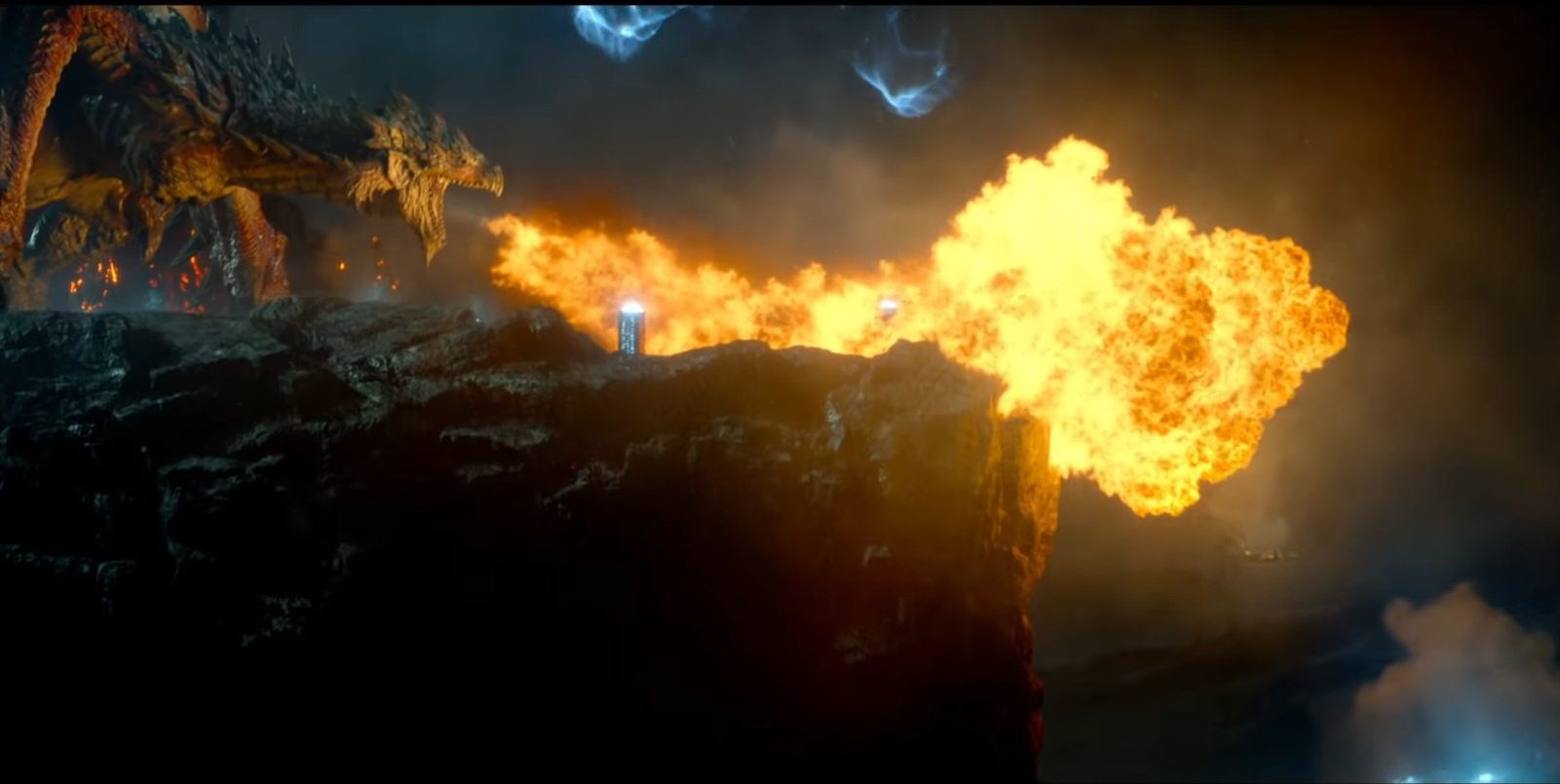 I am thrilled to confirm that the entirety of Monster Hunter doesn’t take place in the desert. Everything we’ve seen about this movie — the teasers, the production stills, the posters — all prominently feature a sandy wasteland and nowhere else. It’s so incredibly boring.

This official Monster Hunter trailer shows more. A lot of the monsters, a lot of bewildered troops, and a little vegetation. There’s also a lot of artillery chucked around and a lot of retaliatory literal-firepower.

It’s not going to be good, is it? Nothing about this looks quality, per se. It’s definitely only Monster Hunter in name, some weapon design, and the fact that they’re hunting monsters. But how do you adapt a thousand-hour action RPG to a tidy two-hour movie? By giving the Jarheads rocket launchers, I guess. Last week, Moyse politely opined that Monster Hunter “isn’t a movie [he’ll] be putting at the forefront of [his] watchlist,” and I’d like to quadruple down on that sentiment by venturing that it’ll be actively bad.

But maybe it’ll be fun? It’s not Monster Hunter but maybe it can be Godzilla? It seems like the best-case scenario right now is that this turns out to be an entertaining popcorn flick with long, over-the-top anime-ass fights. It’s pretty evident that the plot isn’t going to do any heavy lifting. But the whole theater might cheer when one of these troops inevitably mounts a Diablo.

Monster Hunter still doesn’t have a firm release date, as Sony is only saying it’s “in theaters in December.” If there’s no Meowscular Chef whipping up ridiculous and delicious dishes, what was this all for?