League of Legends and a few others are undeniably relevant

Battle royales are the next big thing. For a minute there it was MMOs (around the time when World of Warcraft was hosting its second expansion) and then it was MOBAs. The next-big-thing phenomenon I’m referring to isn’t necessarily indicative of success or failure of any given project, just a money-making genre that developers choose to flock to — even if their long-term goals aren’t fully planned out.

Two victims of that rush were definitely Motiga’s Gigantic and Epic’s Paragon, both of which are shutting down very soon. Before that NCSoft’s Master X Master (one of my personal favorites in recent years) shut down after just five months.

Several may have died, but the genre is far from “dead.” Here are a few that are still going strong in the order of the year they were released. 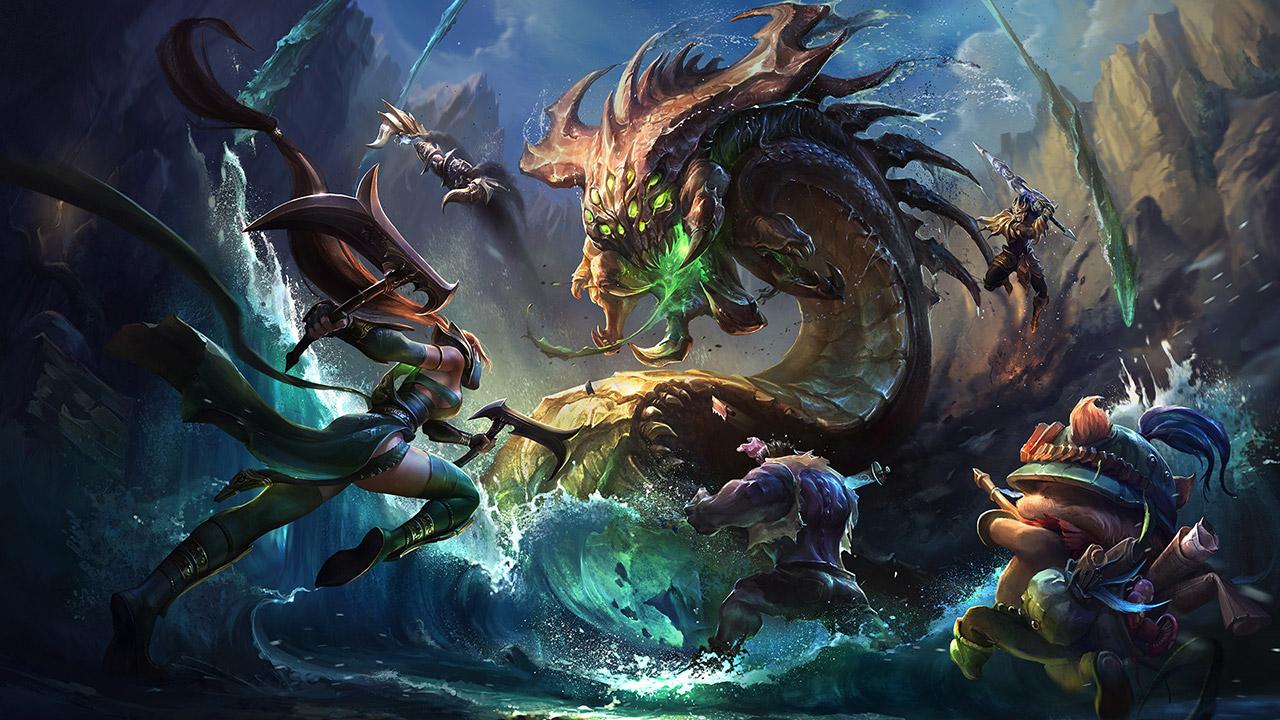 League of Legends is the undisputed champion of the MOBA genre, and it’s been that way for many years. Right now at the time of this writing, it’s towering over everything else on Twitch with 122,000 viewers — 44,000 more than the second-ranked game, PUBG. The next MOBA competitor, Dota 2, is sitting at 44,000 viewers in total.

It maintains a global presence with massive tournaments, and boasts several of the biggest eSports personalities and players of all time. It’s a success in just about every respect and it’s showing no signs of slowing down with regular updates, character reworks, and special events. It just kicked off its 2018 season a few weeks ago, and will host its eighth World Championship later this year.

League currently has 139 characters, called “Champions.” Production has slowed down to just five or six Champions per year. 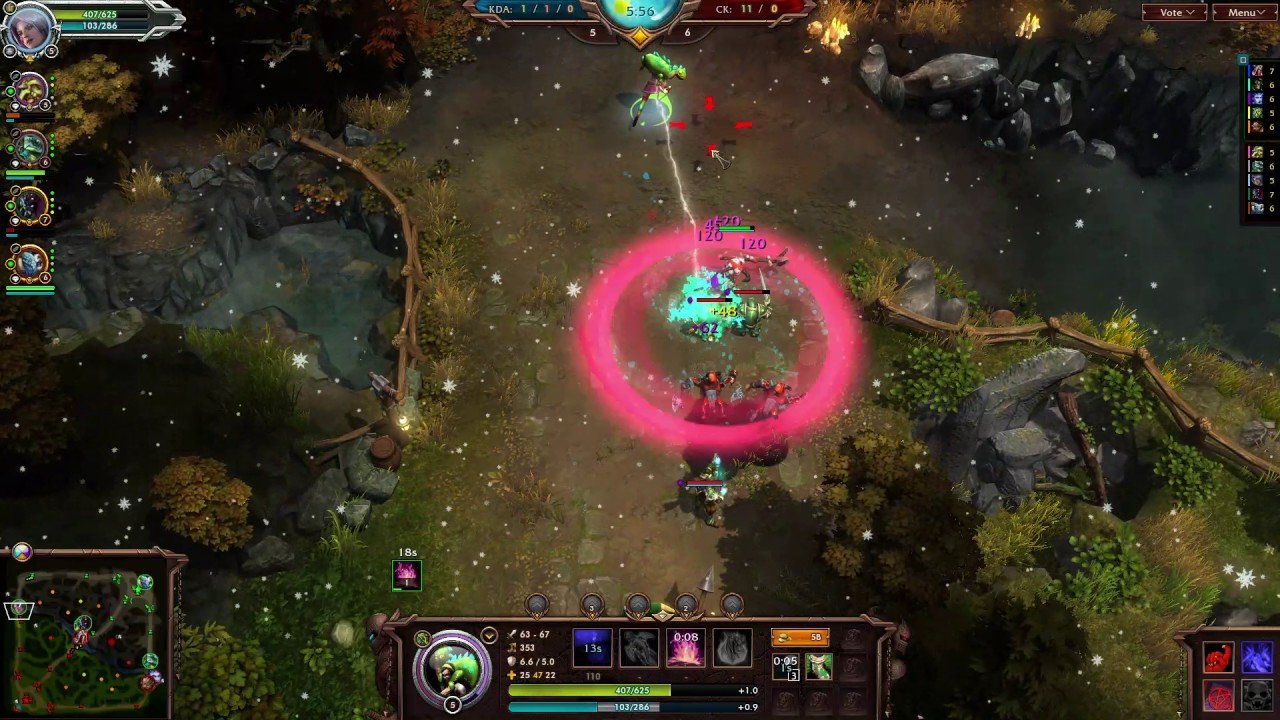 Heroes of Newerth has been out since 2010, but I wouldn’t say it’s been in the MOBA conversation since then. After it debuted as a premium game it went free-to-play a year later, and lost the race to become the dominate MOBA against League of Legends in that mad dash to follow-up the original DOTA mod.

There was a bit of a resurgence in 2013 when Heroes of Newerth 3.0 dropped, but since then the only real event it’s been in the news cycle for is the swapping of studios from S2 Games to FrostBurn Studios. Newerth is now run by Garena, a Singapore-based distribution company that also publishes League of Legends in parts of Asia.

You may not have even heard of it if you don’t follow the MOBA scene, but it’s big enough to warrant its own World Finals event and is still deemed financially viable enough to keep going.

After nearly eight years it has 137 playable heroes. Like Riot Games, FrostBurn has eased up on pumping out characters, averaging around four to five heroes a year since 2013. 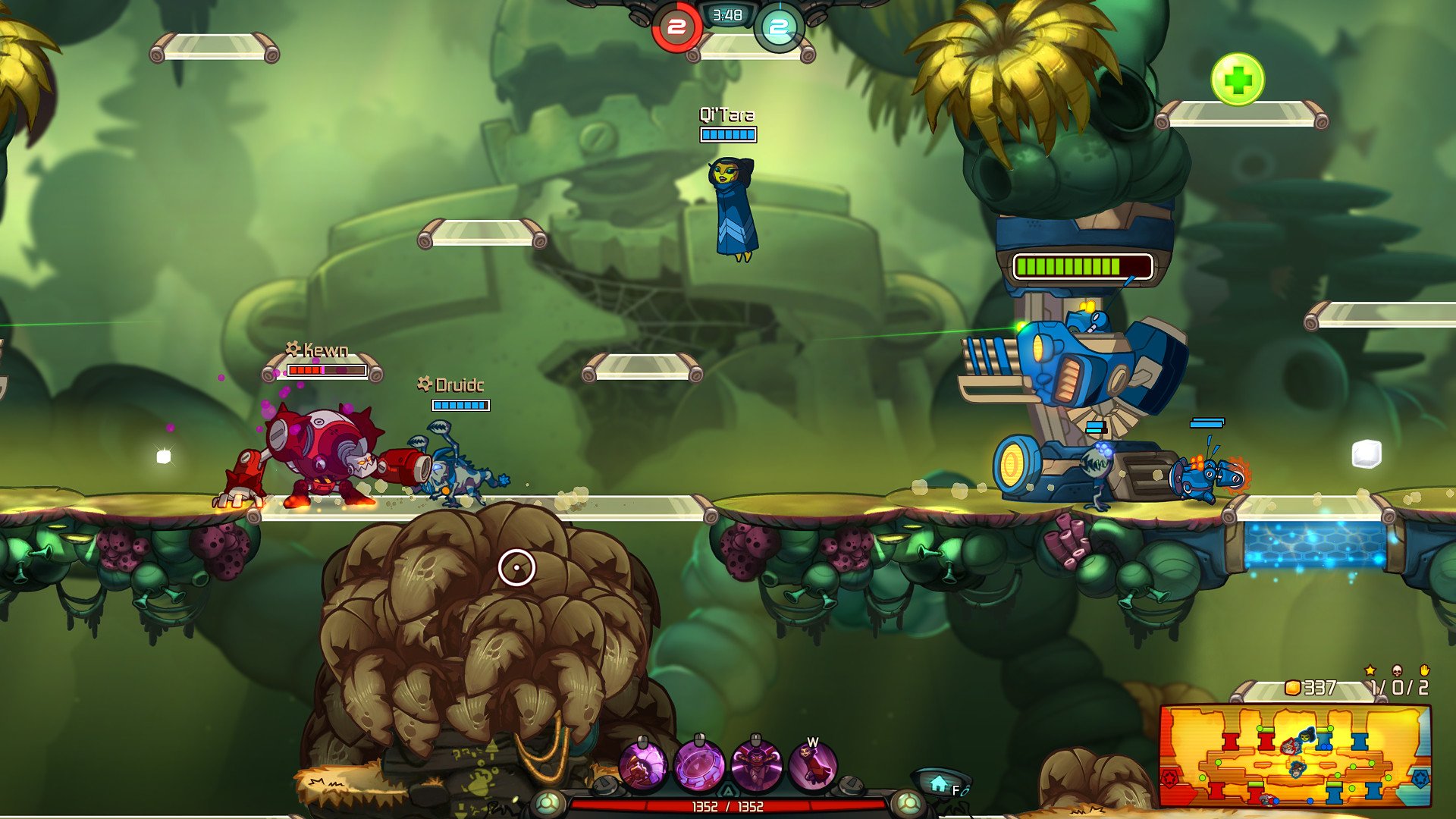 This is another “how in the world is this still around” story, in a good way. Ronimo Games is a monster of an indie studio, pumping out several other releases in tandem with their support of Awesomenauts for the past six years. It’s hosted expansion after expansion, and tons of free content and quality-of-life updates to the point where it’s barely even the same game.

As a non-conventional 2D platformer MOBA (as opposed to the widely popular birds-eye view RTS style) it’s pretty appealing for folks who aren’t really into the genre, especially after it went free-to-play in May of last year. I’m a frequent visitor of the Awesomenauts universe, having come around to it several years after its launch.

Ronimo just welcomed their 33rd character (Qi’Tara) into the fray in December of 2017. For a small studio it’s been pretty busy, as 2017 saw the addition of five new characters. 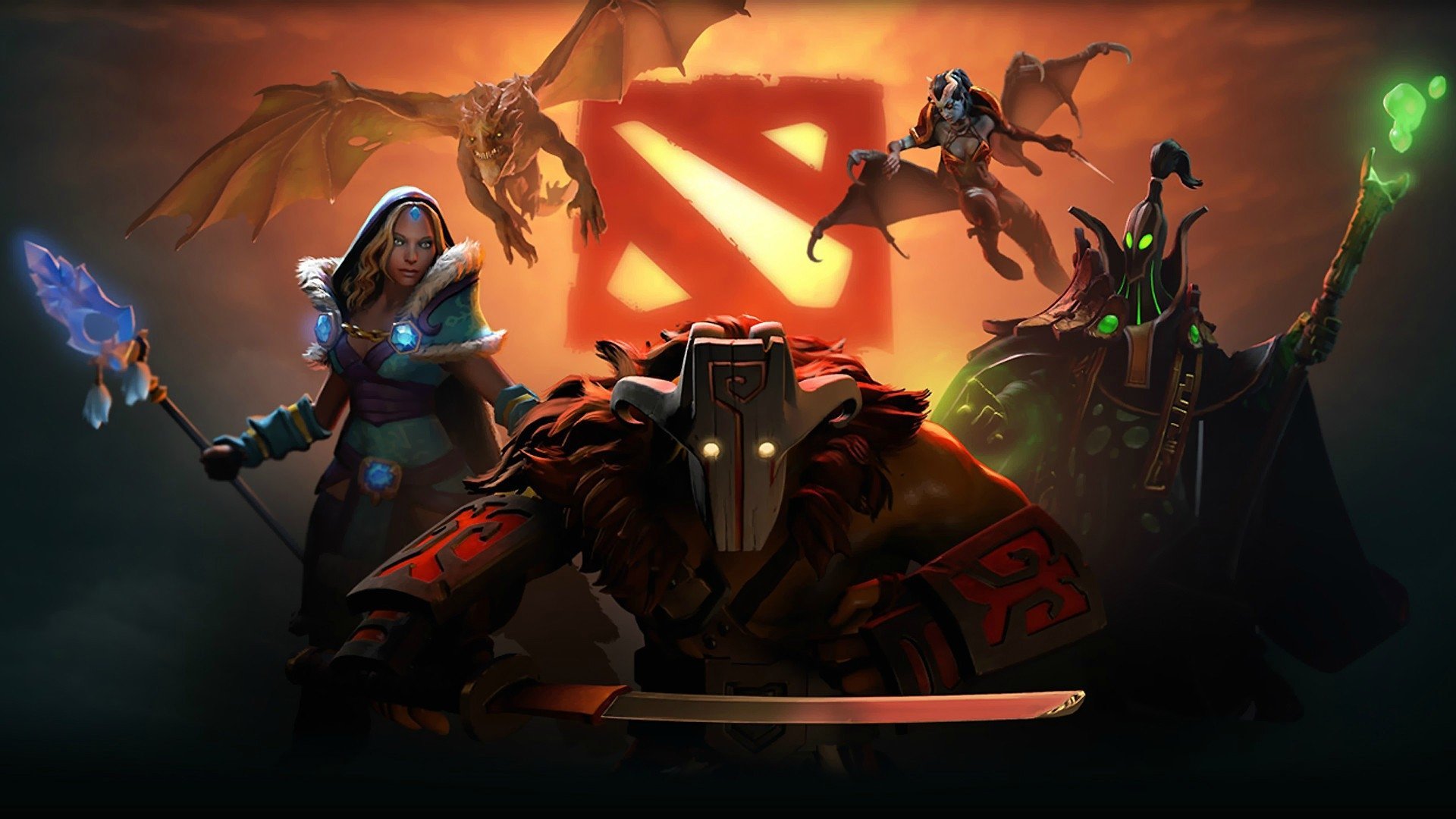 Dota 2 needs no introduction, it just is.

Released in July of 2013, four years after its biggest competitor due to Valve Time, it’s been in the conversation ever since. Many fans prefer it because it provides every character upfront, instead supporting itself through event-centric monetization and the classic Valve item-craze. Players also contend that it’s one of the more balanced MOBAs on the market, with a wide spread of character usage across tournaments. Valve just announced that Dota 2 will be updated roughly every two weeks across a period of six months as an experiment to figure out the best patch cadence.

It’s also an international hit beyond its playerbase. Valve was determined to ensure that it was relevant out of the gate, so it pumped a ton of money into it initially and then let the playerbase support it after that. It put up one million in 2011 before its release, and introduced the compendium concept, which funds tournaments through player’s cash contributions. It continues to smash prize pool records to this day due to the obscene amount of money it earns. In the end, if the entire genre implodes, League and Dota 2 will be left standing.

Dota 2 boasts 115 heroes to date and generally hosts two characters per year since 2015. 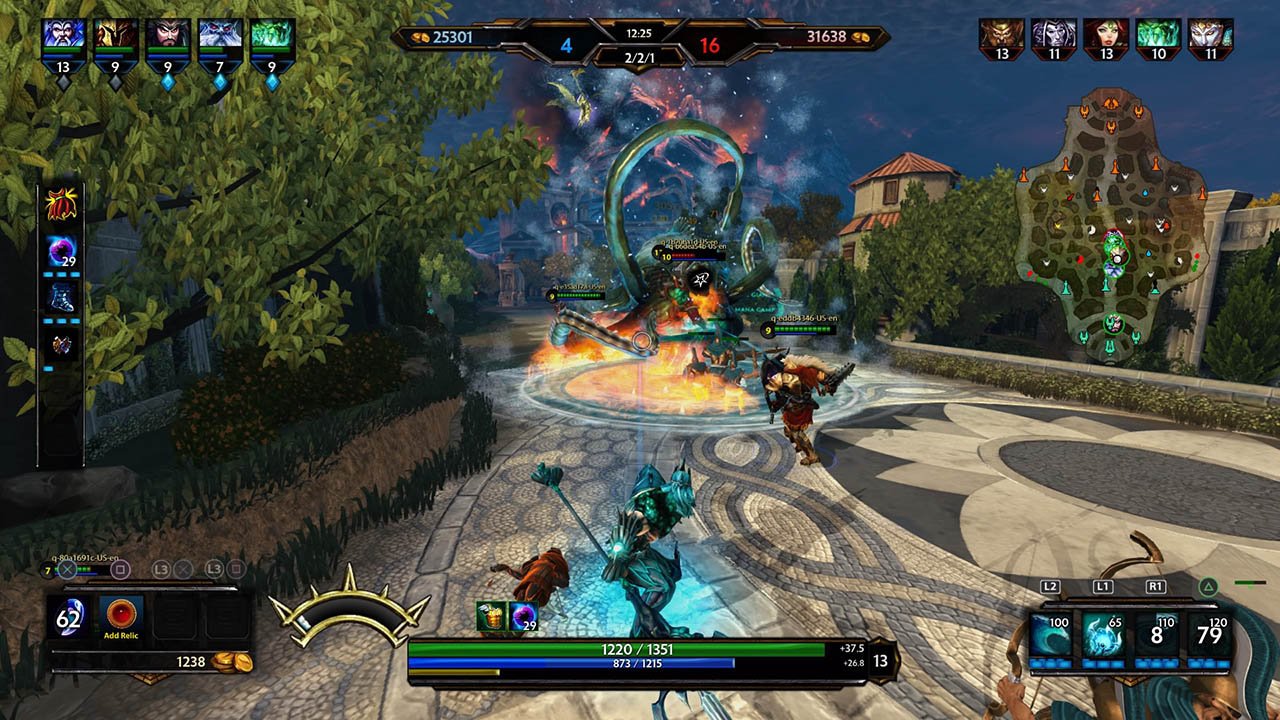 Smite is an interesting contender in the space because of how late it came into the game and how different it is. Hi-Rez Studios decided to go with a more action-centric approach with a behind-the-back third-person camera, and the gambit paid off as the scheme could easily be translated to consoles — where it launched on Xbox One a year later and PS4 a year after that. It isn’t a heavy-hitter, but it hosts modest million-dollar prize pool tournaments and continues to see regular updates and character additions. 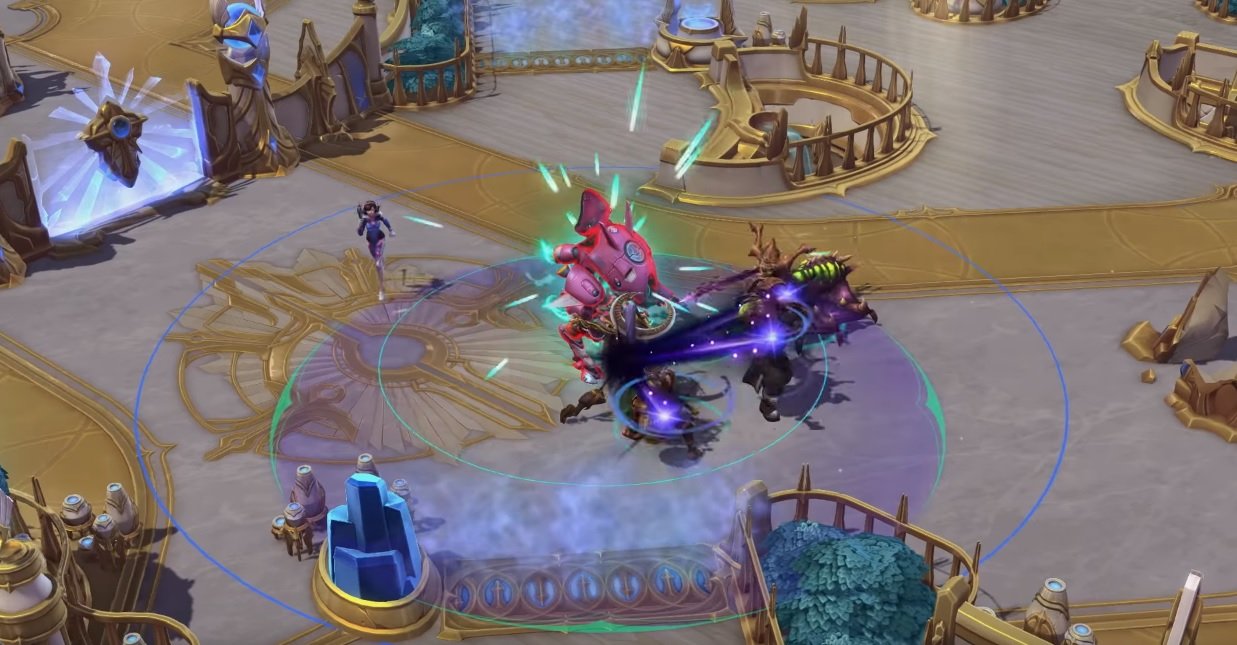 Last but not least (in terms of major PC MOBAs), Blizzard’s super late visit to the party is trucking along in its third year. With tons of drama surrounding the project then known as “Blizzard DOTA,” the entire MOBA scene shifted dramatically from just one little old mod inside of Warcraft III to an insane legal battle involving multiple parties.

Blizzard got through all that though, and were able to release Heroes of the Storm eventually, allowing players to play as a few of the original DOTA characters in their official Warcraft universe forms. It’s since expanded to host multiple expanding Blizzard properties, including The Lost Vikings and Overwatch.

We don’t really know for sure how Heroes of the Storm is doing. Blizzard saw fit to release a massive “2.0” overhaul last year, and still delivers heroes on a monthly basis, as well as a ton of premium skins (that take weeks and an entire team to create) and reworks. The company is also committed to the pro scene, hosting weekly eSports matches through their HGC league, and a world championship live at BlizzCon. From the outside, things seem to be going fine. Because of how different the game is it’s currently my MOBA of choice, and I hope it sticks around for a long while.

Blizzard is in the process of welcoming its 77th hero Maiev into the game. It put out a whopping 15 heroes in 2017, though it’s since announced that the team is going to ease up a bit going forward. 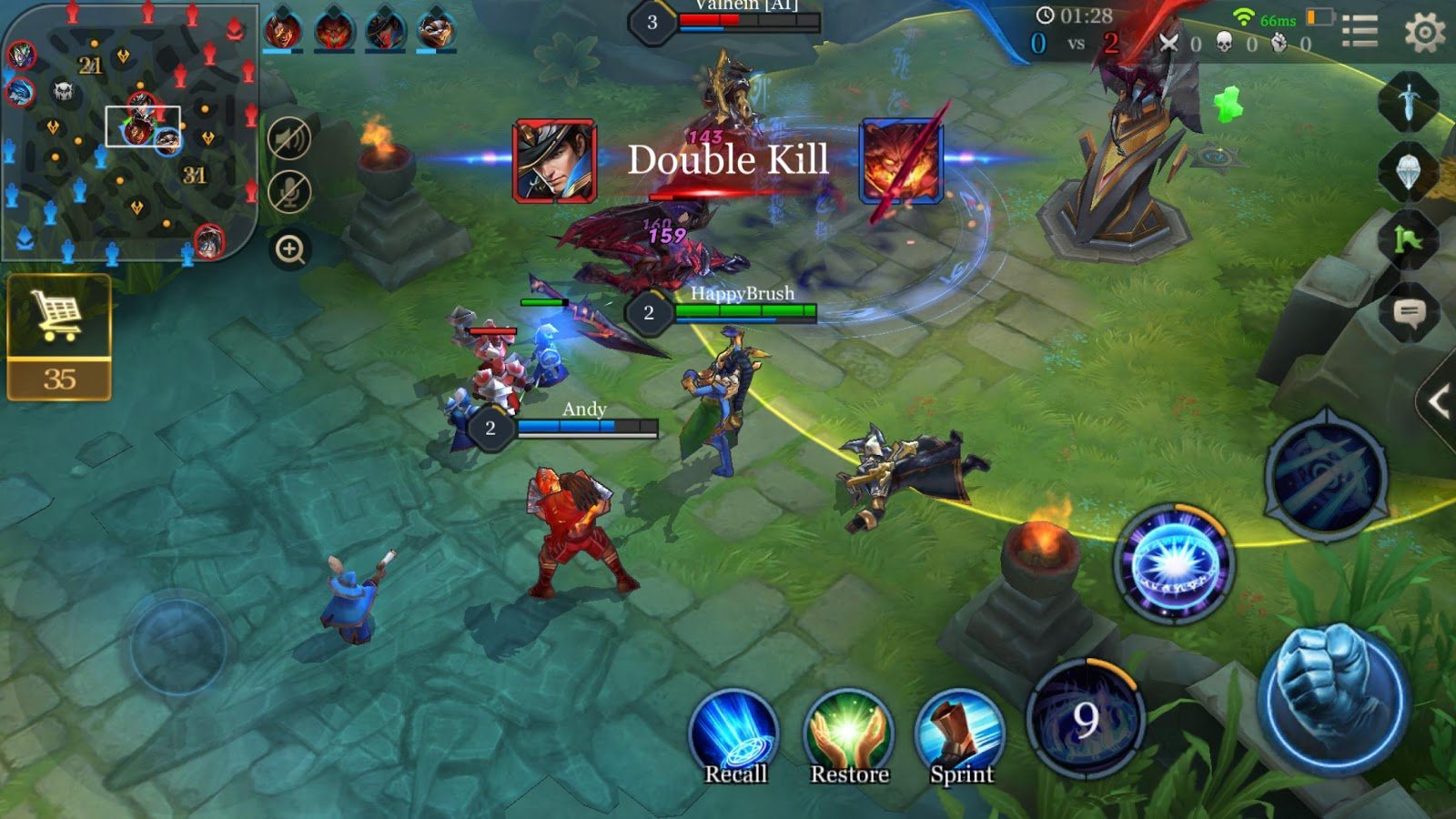 As the globalization of video games continues to occur (along with the film industry), players outside of the US are going to be making splashes in every genre, including MOBAs. Chinese conglomerate Tencent already owns a chunk of many western studios, including the Timi Studio Group, which developed Arena of Valor. In some regions Garena (remember them from above?) is handling publishing duties — which shows you how close to the chest the whole genre is at this point.

While you may not have heard of it before it’s a tremendous hit, boasting over 200 million active players monthly and the title of the “world’s most profitable game.” It’s an insane achievement considering that it’s a mobile release on iOS and Android, but alongside of regular gameplay updates, a Switch version is in the works.

Arena of Valor has 59 heroes, including Batman and other DC characters. Seriously.