Give me more linearity

I’m a little late to the party with The Messenger.

I don’t know why (I actually do, I was playing a ton of games in August 2018), but I never got around to playing more than 30 minutes of The Messenger at launch. But at some point in my recent Family Matters series re-watch marathon (no Stefan yet), after downing three other backlogged Switch games, I popped in The Messenger.

What perfect timing too; since I could breeze through the new recent (and free) Picnic Panic DLC alongside of the main game. 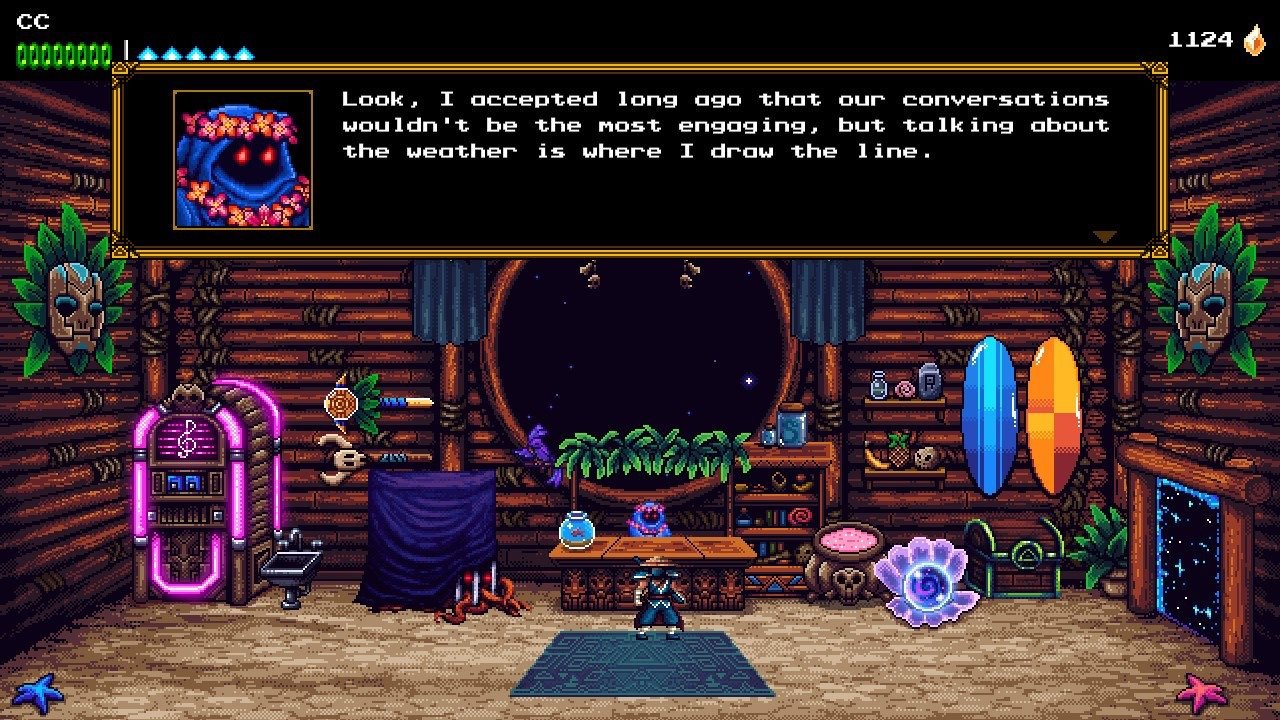 To my surprise, Picnic Panic might be the best single bit of Messenger. Although the core experience was met with rave reviews and unanimous love, something happened roughly halfway into the game when it drastically shifted from a more than competent old school platformer to a Metroidvania: my interest waned.

The Messenger is backed by a killer mechanical base, best exemplified through “cloud-stepping,” or, a chance to trigger an unlimited amount of jumps so long as you connect with an enemy or a piece of the environment. This level of freedom allows for some incredible bouts of level design, and perhaps lead to the concept of allowing players to work their way backward through nearly every portion of the game to slot in the surprise Metroidvania conceit.

For me, those exploration bits were just a little too meandering. There are so many objects to hunt for at the end that finding them was a chore, and I longed for the portions of the story where I unlocked a new contained zone. Mostly so I didn’t have to wander through levels I had already beaten once for an item that gave me the privilege of repeating yet another level. When I play Messenger I just want to ninja flip through obstacle courses and fight cool bosses, not pixel-hunt for a fake boulder I missed that leads to a critical new zone.

But since Picnic Panic is very much a linear experience, I took to it instantly. Accessed from the orb in the shop (after you download the DLC for free), it serves as a standalone set of missions across three new locales, with new concepts to boot. The big ones are a surfing minigame (that taps one of my favorite parts of the critical path, the dragon rides), a nail-biting race sequence, a few elevator puzzles, and a killer final boss encounter that I won’t spoil here.

All the while, Picnic Panic requires a mastery of pretty much everything you’ve picked up from the completed campaign, including lightning fast reflexes in some of the most challenging platforming sequences yet. It feels like a true post-launch campaign and eliminates the chief issue I had with Messenger in the process.

Maybe you’re like me and pushed The Messenger to the side after hearing how long it was. Or maybe you put it down after you spent an hour looking for an obscure key item and went in the completely wrong direction (back in the day, this would have warranted a controller against the wall). In any case, I urge you to pick it back up and give Picnic Panic a shot: if only for more sassy shopkeeper dialogue.

[These impressions are based on a retail build of the Switch version of the game, purchased by the author.]