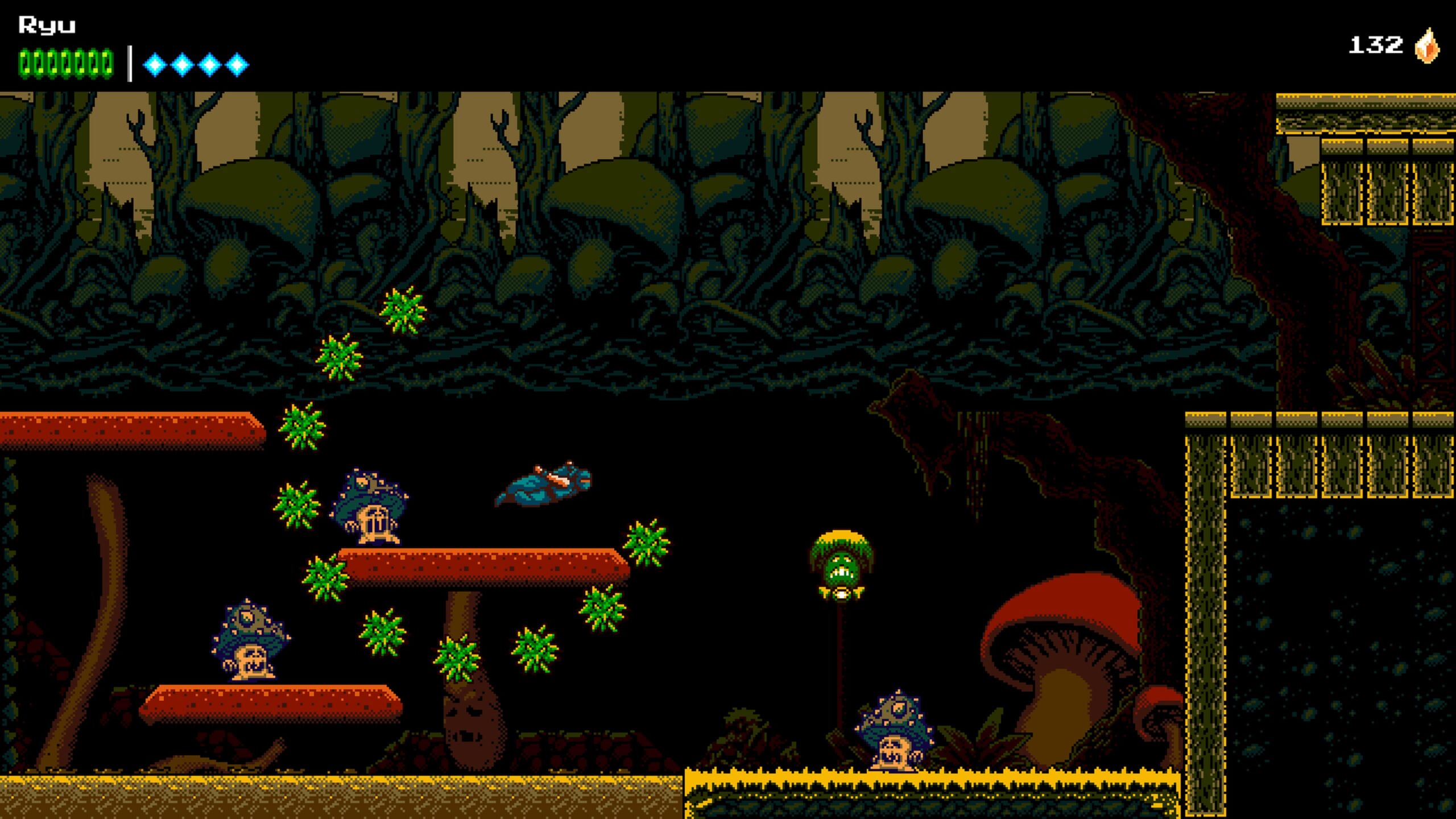 Did you see the pun?

When The Messenger launched on PC and Switch last year, I was pretty intrigued. The art style looked to harken back to classic titles like Ninja Gaiden on the NES, with Dtoid’s own Rich Meister giving the game 10/10. I watched Game Attack stream a bit of it and was ready to pounce on a Steam sale to grab it. It looked like everything I would enjoy in a retro platformer, but I somehow missed the boat.

When the opportunity to check out the recently announced PS4 port came up, I jumped at the chance. I wasn’t going to miss out on playing this game, even if the hype wouldn’t match my lofty expectations. Turns out I didn’t have much to worry about because I’m really digging the first few hours of The Messenger. Oh, and this PS4 version is solid as hell.

The Messenger begins in a pretty unassuming way. Figuring this was strictly a serious game like Ninja Gaiden, I was surprised when the main character started talking about how frustrated he was with his secret ninja order. From there, the game introduces some evil beings and then starts dropping bits of comedy left and right. It really is the perfect Devolver Digital game in that it doesn’t take itself very seriously.

That tone never lets up, either. The main character is constantly saying dumb things to those he encounters such as the in-game shop keeper, who might just be my favorite character in this whole adventure. When I checked his chest in the corner and had him say, “Don’t do that” I knew I was in store for something special. The dialogue is very well written and it never ceases to put a smile on my face.

These are the qualities that turn a solid example of retro design into something truly special in the modern era. If The Messenger played its cards exactly like Ninja Gaiden, it wouldn’t be nearly as remarkable. It’d still be great but feel a bit samey. That it has a kick-ass soundtrack and lots of humor is what makes it truly memorable and something I can’t put down.

Thankfully, nothing about this PS4 port is disappointing. Maybe there isn’t 4K output for users with PS4 Pro systems, but the game runs flawlessly and controls wonderfully. You only ever really use two buttons and they are Square and Cross. It’s perfect for pulling off jumping attacks and stringing together The Messenger’s unique “Cloudstep” mechanic. This is a maneuver that lets you jump in mid-air after striking certain objects or enemy projectiles, which would be impossible if the buttons were spaced out.

Even when tested using Sony’s remote play on Vita and PC, the presentation holds up exceptionally well. Everything is sharp, vibrant, and crisply drawn. It’s the dream NES aesthetic that Nintendo has only replicated with Super Mario Maker. I wish every retro game could look this good.

As far as options go, there really isn’t much else to The Messenger on PS4. You can change the volume of music and sound effects individually, and you can rebind all of the controls. There is surround sound support, so that’s a nice plus. Of course there are trophies, too, with a full platinum available.

There’s not a whole lot to really report on. This is a perfectly suitable option for getting The Messenger and one I can recommend without hesitation. If you don’t mind not having portability (like with Switch) or 4K (like on PC), the PS4 port plays just as well as the others and looks sharp.

Now if you’ll excuse me, I need to get back to reliving my NES days.