Last Tuesday, I had the pleasure of going to see Final Fantasy: Advent Children Complete with Japanator writer Jeff Chuang. The screening, held by New York Tokyo for various members of the press at Sony’s Wonder Technology Lab, provided a new look at this update of Advent Children.

It’s been about 13 years now since we were first introduced to the universe of Final Fantasy VII, and Advent Children Complete seems to be a capstone piece to the whole series, closing it off so that the people involved can finally be free from the project. After all, this is the only title to see so many sequels and paraphenalia, to the point where it became overkill.

I say this because of Advent Children Complete. The original film clocked in around an hour and a half, and now Square Enix crammed in nearly another half hour worth of fights, backstory, and explanations, turning what I had always considered masturbatory fanservice — very well rendered, but still wankery — into a film with a much more cohesive plot that allowed me, someone several years removed from the franchise, to understand everything.

But the film also had a message for its fans, one that makes the film worth watching: Move on. 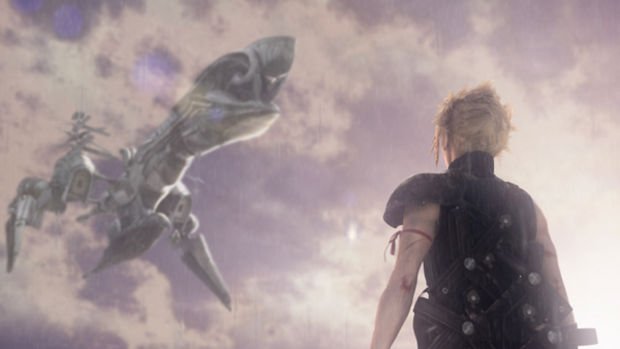 Final Fantasy VII, like I mentioned before, has been with us for 13 years, four games, several soundtracks, and thousands upon thousands of cosplayers. Innumerable pages of fanfiction and doujinshi have been written, ranging from jaw-dropping art to plots that induce self-mutilation. And it still continues. Just like the people of Midgar.

Even after the near-cataclysmic events of the game, two years later the people of Midgar are back to their daily lives, falling into the same old cycles, and perpetuating life as it used to be. But their past actions have paralyzed them, focusing their energy towards curing Geostigma, a mysterious affliction that is spreading like leprosy amongst the people, and as a result, the rest of the city remains largely ignored. Construction is at a crawl as Shinra tries to cure the plague — something that they are at fault for, and ultimately to save their own ass, as the president is infected.

Cloud, too, is paralyzed by the past. Not only is he infected with the Geostigma, which gives him flashbacks of Sephiroth at inappropriate times, but he is also coming to terms with his past, in the cases of Aerith and Zack. Or at least he’s trying. Instead, Cloud shirks almost all of his responsibility towards Tifa, Marlene, and Denzel, who are all at 7th Heaven. He claims that he’s searching for a cure, but instead he wanders about, avoiding direct contact with everyone, only listening to voicemails of people trying to reach him. 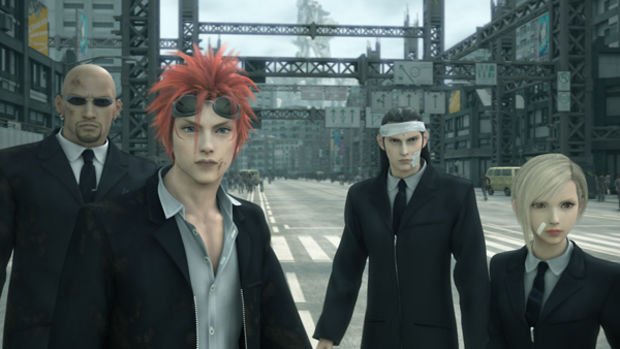 The problem is, everyone is trying to move on with their lives, but because Cloud can’t, Tifa and the gang are ultimately held back by Cloud’s behavior, which I can only describe as selfish and self-loathing at the same time. But the actions of the Remnants — Kadaj, Loz, and Yazoo — force Cloud onto a path of reconcilliation and change, like any good story

To me, Cloud sounds a bit like the Final Fantasy VII die hards, stuck on their theories that Aerith wasn’t supposed to die, living in their own closed communities. And they are a large buch — large enough that Uematsu, Nojima, and all the others involved are all being held back by this project. It’s something that’s still brought to the forefront in interviews and appearances, casting a shadow over their more recent, and arguably better works. 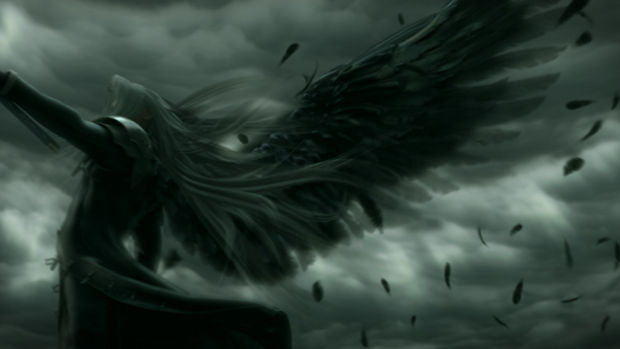 From here, you can play along with the analogy as you watch the film: as Cloud progresses through the story, he meets up with the ghosts of his past, and they remind him that he can in fact move on — they are not angry at him, and do not wish to hold him back. There’s no need to worry about them. After all, he does have everyone else who’s still alive to worry about, right?

It ultimately takes everyone to team up to stop the imminent threat of Bahamut before Cloud can move on to really confront his past with the final fight with Sephiroth. It’s a marvelous fight, and after Cloud takes a hell of a beating, Zack has to remind him, “You’ve already beaten this guy once, right? It should be so hard.” So, with some determination, Cloud banishes Sephiroth “back to his memories,” the only place that he will remain.

In the final sequence, we see Cloud once again confronting his ghosts, who in fact leave him, forcing him to accept that he now has a new life to live — no longer can he cling to them for comfort and avoid the real world. It’s something he accepts rather gracefully. 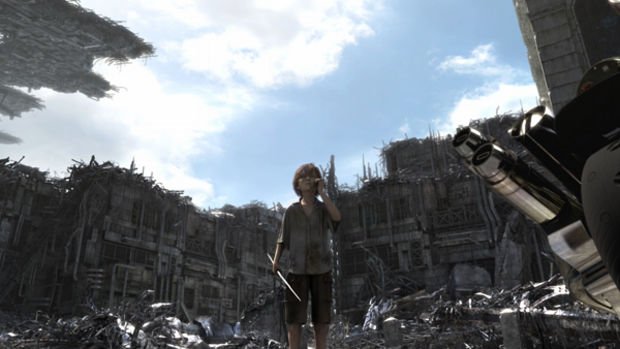 And coming out of the screening for Advent Children Complete, I can’t help but feel that’s the message being delivered to the fans: it’s time to move on from Final Fantasy VII. They’re not going to be here to pander to your whims forever. Uematsu, Nojima, Amano, and everyone else involved are just going to move on, leaving you to learn for yourself that it’s time to outgrow this series.

At the beginning of the film, the classic cityscape of Midgar is deteriorating 500 years after the events of the game. Buildings are covered in moss and plants, and the world is devoid of humans. The people have died out. So too will this fandom. And to be honest? This film is a good note to leave off on.