When you play a certain videogame series or genre, it is sometimes expected that you will encounter some form of memorable videogame moment. If you are playing a Metal Gear Solid game, for instance, you know one of the boss battles will blow you away. When you play a JRPG with a spiky-haired protagonist, you know one of the story twists will either touch your heart or leave you confused and bewildered.

But all of these moments are expected. It doesn’t make them any less memorable, but all the shock and surprise of encountering these moments is taken away when you know something is coming.

That’s what makes encountering a memorable moment in a seemingly random videogame all the more special. And this has never been more apparent for me than when playing Klonoa: Door to Phantomile on the original PlayStation. I went into that game expecting to play a colorful, fun platformer.

I didn’t expect to be moved to tears.

There was time in the early days of the PlayStation, when beautiful 2.5D platformers with 3D backgrounds were being released on a fairly regular basis. I loved them all, as they combined my love of side-scrolling platform games with the new, fancy technology of 3D graphics.

Klonoa: Door to Phantomile was one of these games.

The minute I saw the first screenshot I was already in love. 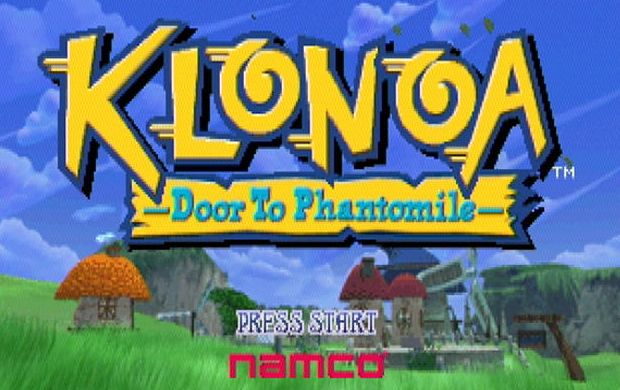 In the game, you play as the main cat-like character Klonoa, a resident of the fantastic, colorful world of Phantomile.

In Phantomile, many of the citizens have trouble remembering their dreams since the entire world itself thrives off of these dreams. Because of this, dreams are very loose and airy, never really latching themselves onto the minds and memories of the people of Phantomile.

At the very start of the game, though, Klonoa has a very clear dream — the clearest he has had in years! — about a giant airship crashing into a mountain.

When they reach the crash site, Klonoa and Huepow discover two foreboding creatures. One is named Ghadius and the other is his servant, a creepy clown named Joka. Both reveal that they are searching for a mystical pendant that will grant them endless amounts of power.

Determined to get her back, Klonoa and Huepow decide to chase after the two mysterious enemies.

Their journey takes them through many realms and environments, eventually leading back to Klonoa’s own house. Here, Ghadius and Joka find the hidden pendant and steal it away from Klonoa, killing his grandfather in the process.

Enraged, Klonoa sets out to defeat the horrible antagonist.

On the top of a giant tower, Klonoa confronts Ghadius. After a long, complicated battle, Klonoa defeats Ghadius and Joka, preventing them from bringing nightmares to the land.

Upon his defeat, Ghadius unleashes an even more powerful creature, a beast of pure evil called Nahatomb.

Traveling to the Moon Kingdom, Klonoa and Huepow follow Nahatomb, determined to stop his evil ways. With the help of all the allies they met throughout the game, Huepow sacrifices himself to defeat Nahatomb and bring peace to Phantomile.

But with this peace comes a secret that Klonoa never saw coming.

It is this secret that is this week’s Memory Card moment: Farwell, Klonoa.

As Nahatomb falls, the kidnapped princess Lephise appears above Klonoa. She thanks him and tells him all the nightmares have disappeared.

At this moment, Huepow appears. He isn’t actually dead! The two are ecstatic to see each other.

Klonoa tells Huepow that they will be “together always.”

The two embrace and journey back to Phantomile together. 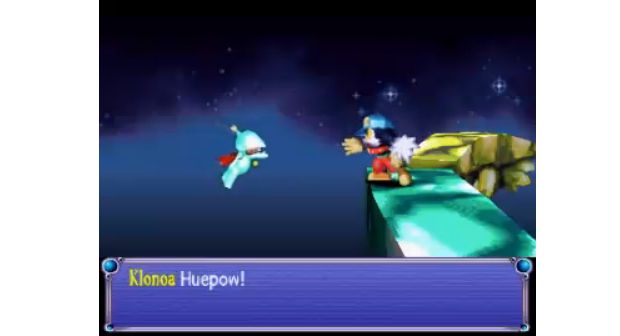 Near Klonoa’s house, Huepow and Klonoa sit on the edge of a hill, staring at the beautiful world in front of them.

For Klonoa, the moment could not be any better — sharing a world of peace with his best friend.

But Klonoa senses something is wrong. Huepow is not speaking and is acting different. He is distracted by something.

Klonoa tries to get his friend to smile, reminding him about how much the two of them can hang out and play in the newly saved world.

Huepow takes a deep breath. He looks at Klonoa and reveals something to him. 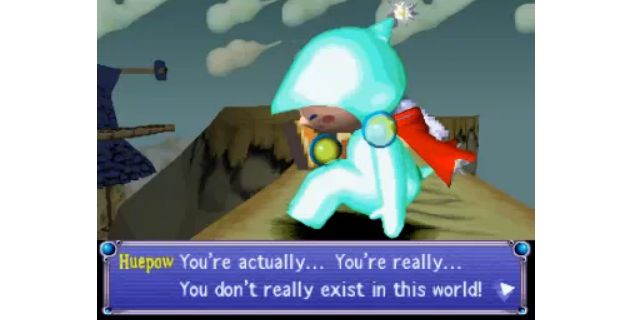 Huepow continues, revealing all to Klonoa. He tells him how he called Klonoa to Phantomile from a different world to restore the balance of dreams.

Klonoa doesn’t believe any of it. He tells Huepow how he remembers growing up in Phantomile. He remembers living a life with Huepow. He remembers the day he met. The times they used to play together.

Huepow tells Klonoa those are all false memories that he implanted in this head when he was brought to Phantomile.

Phantomile is not Klonoa’s reality. 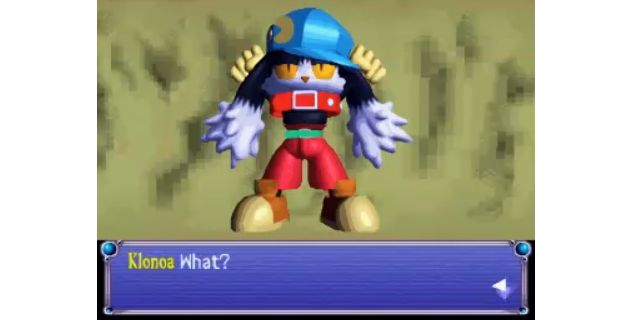 Klonoa starts to get angry. He can’t believe what he is hearing.

Before Huepow even has time to say anything, Lephise appears at the top of the local bell tower and begins singing a song. 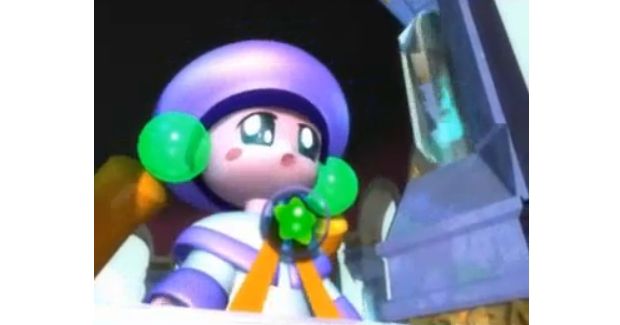 The song forms a portal in the sky. A portal that will take Klonoa back to his own world.

The portal begins to pull Klonoa towards it. 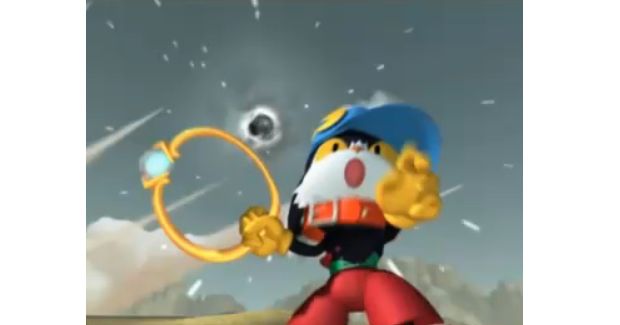 Huepow looks down. He tells Klonoa it is time for him to go home. 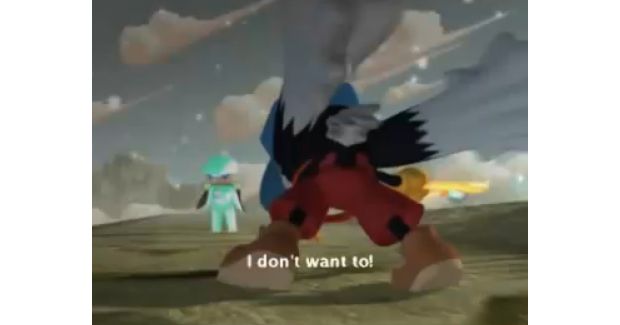 Suddenly, Huepow has a revelation. He doesn’t want to say goodbye to Klonoa. He rushes towards him and grabs the large ring Klonoa is carrying.

Klonoa rises in the air. The only thing keeping him in this world is Huepow’s hard grip on the ring. 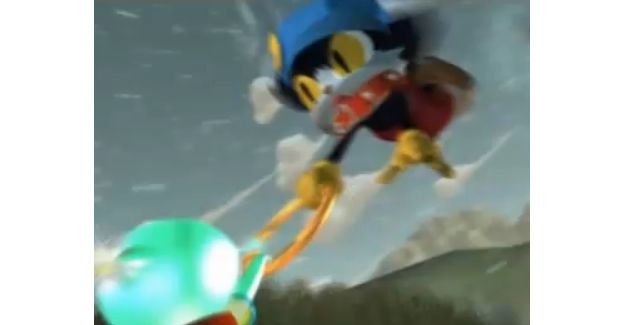 Huepow starts to cry and scream.

The force of the portal gets stronger.

Without warning, Klonoa loses his grip and flies backwards. His last word before entering the portal echoes throughout Phantomile. 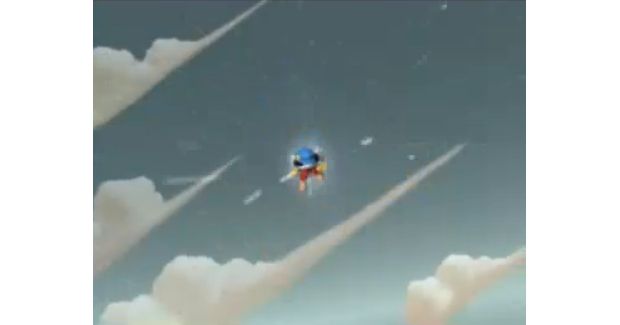 Huepow stares into the sky, stunned. He starts to cry.

With this, Lephise’s song grows louder. Sun beams break through the clouds and bath the land below with their warm light. 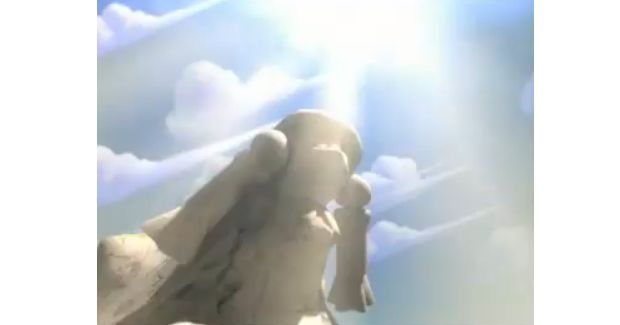 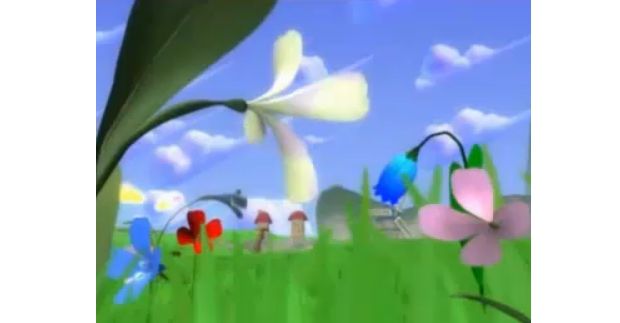 Huepow wipes away his tears and looks to the sky. He smiles. 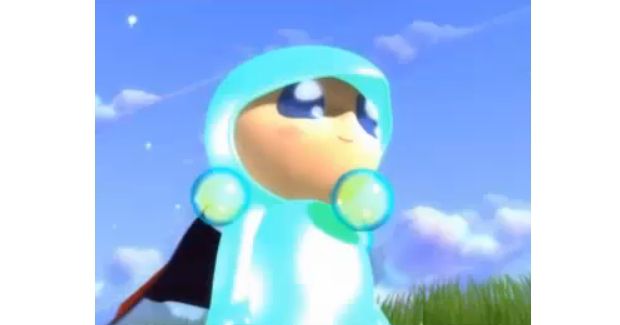 You can watch the surprisingly emotional conclusion to Klonoa: Door to Phantomile right here:

I like to think it has a lot to do with the fact that I never in a million years would have expected to be so moved by the story in a game like Klonoa, but, for whatever reason, I actually shed a tear (or two) at the end of the game.

The story really touched me.

Klonoa surprisingly taps into the universal feelings of friendship and loss. Anyone can relate to these things, and the game does an outstanding job of building up this strong relationship between Klonoa and Huepow the entire game.

So when the final boss is defeated, it comes at nothing less than a major shock to hear that Klonoa doesn’t actually live in the world of Phantomile and that all the memories he has with Huepow are made up.

Since the friendship with Klonoa and Huepow is so well-established in the game, this news also hits the player just as much as it hits Klonoa. You feel blindsided, angry, and sad, just as Klonoa does.

But the final scene works for many more reasons than just the story alone.

Without an exquisite amount of direction, the scene would fall apart and not be nearly as effective.

When Huepow and Klonoa start talking on the hill, the scene plays out like any other in-game cutscene. The two exchange dialogue and the whole scene feels like the pleasant conclusion to any other game.

But then Huepow reveals the truth.

At this point, a pre-rendered cutscenes takes over. Lephise is shown in the bell tower as she begins to sing.

The song is beautiful and really adds to the scene’s emotions.

Then, the shot cuts back to Klonoa and Huepow. After only a small amount of dialogue, the rest of the scene plays out with nothing but visuals and music.

This scene could have easily been polluted with an over-abundance of dialogue, but choosing to have the conclusion play out in a pre-rendered cutscene with almost no words is absolutely genius … and strikingly powerful.

Just look at Klonoa’s face as he is pulled back into the portal. He is scared, hurt, confused. He doesn’t want to leave his friend, even if their memories together and not even real. He cares for Huepow, even after hearing the truth.

All of this pain and sadness can be seen on Klonoa’s face. And the game’s directors, animators, and designers did this. They created this moment from nothing more than an idea. This beautiful moment that has the power to bring a tear to your eye. This moment between two characters you never thought you cared about until that last second before Klonoa loses his grip on the ring.

When you combine the choreography of the scene, the angles of the camera, the gorgeous musical score — when you combine all these things it creates this beautiful, haunting conclusion to a very sad and surprisingly emotional story.

Not many people went into Klonoa: Door to Phantomile expecting a story that could possibly make them cry.

But, man, I did cry. More than I think I care to remember.

And that is the reason this moment is so special.