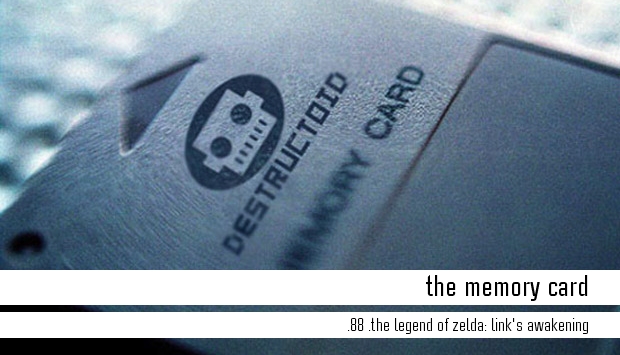 How do videogames punish the player for doing something wrong?

The easy answer is they kill them. By performing a key jump or sword swing incorrectly, the game punishes the player by taking away one of their lives. But what about when the player does something morally wrong? Is there a punishment for that?

Some games ignore this “moral” judgment completely. Others — like in modern videogames like Mass Effect — employ a good and evil meter that will rise or deplete depending on the actions you perform in-game. If the player does something that the game deems “bad”, your good meter will go down and your evil meter will go up.

While this is quite effective, it can easily be remedied by just doing more good things. The overall lasting effect is not very permanent.

With The Legend of Zelda: Link’s Awakening for the original Game Boy, however, doing one particular evil act in the game punishes the player with not only something permanent … but something rather humiliating.

I used to say that The Legend of Zelda: Link’s Awakening is the most underrated of all the Zelda games, but that just isn’t true. It is on the original Game Boy (a now ancient handheld!) and is sometimes ignored by a lot of modern videogame audiences, but everyone that has ever played the game absolutely adores it, consistently ranking it as one of their favorite Zelda games of all time (including me!).

So I guess the game is not underrated at all. In fact, it is perfectly rated, as far as all of its fans are concerned. Criminally ignored may be a better descriptor for the first (and best?) handheld Zelda adventure. 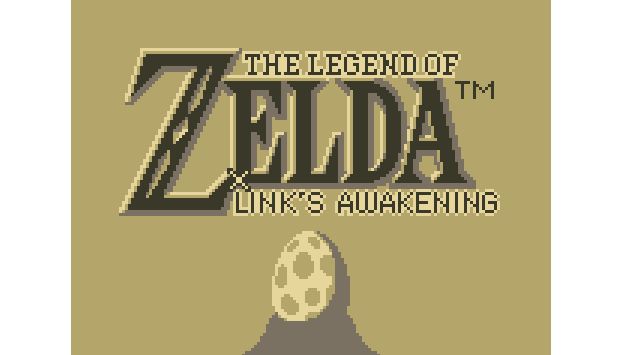 In the game, you play as Link, the iconic hero of all the Zelda games.

After the events of A Link to the Past for the Super Nintendo, Link decides to travel the world’s seas in search of new lands and further adventures. 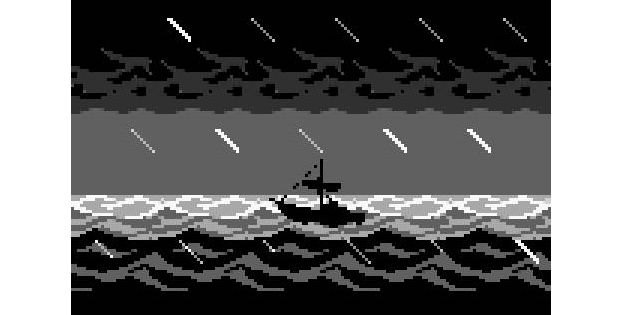 Along his journey, his boat is hit by a massive storm and struck by a giant bolt of lightning.

Both Link and his ship disappear in a flash of light. 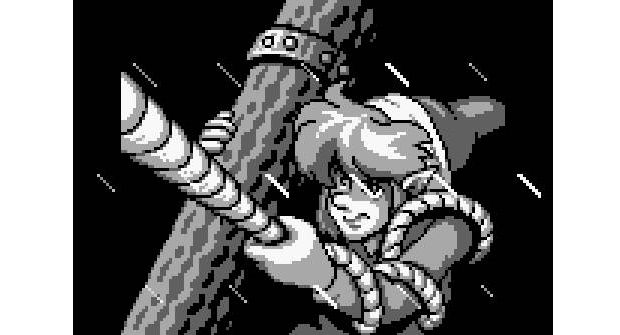 When he wakes up, Link finds himself on the shore of the mysterious island of Koholint. I don’t want to spoil the haunting secret of what Koholint really is here (but I will spoil it here!), but let’s just say things are not as they seem in Link’s strange, new world.

In his first adventure outside of the familiar Hyrule, Link immediately sets off on a massive adventure to find a way home and solve the many mysteries surrounding the dark and curious land of Koholint.

At one point, Link wanders into the quaint village of Mabe.

The village, like in most Zelda games, is full of many different buildings and characters.

One of these building houses the village shop. Run by a grumpy and attentive shopkeeper, the store holds many items that are very useful to Link, including such things as a shovel, bombs, and a bow and arrow. 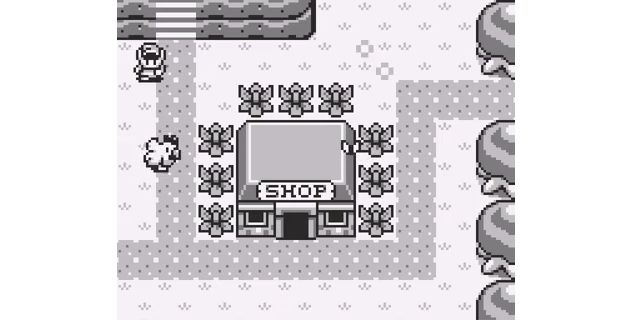 It is here in this store when this week’s surprising Memory Card moment occurs: The mark of a THIEF.

There are in-game stores in many videogames, and most of them serve the exact same purpose: to buy different items to use on your quest.

And most of these shops have a very similar interface. The player selects items from a list on the screen, chooses what they want to buy, pays for said items automatically, and leaves the store to continue on their way.

In Link’s Awakening, however, things are handled a little differently.

Upon entering the store, the game does not switch to a menu-based system. Instead, the items are placed in front of Link on the shop’s counter. 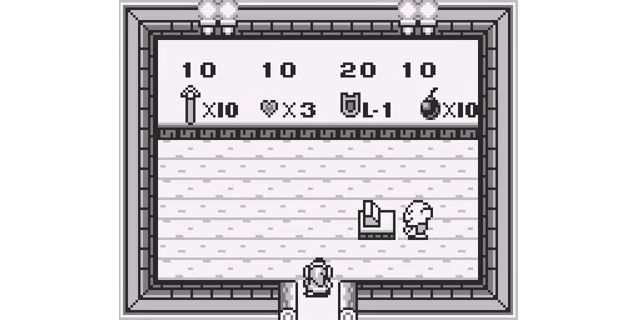 Link then walks up to whatever item he wants, grabs it, and pays for it by talking to the shopkeeper — a man eager for Link’s business. 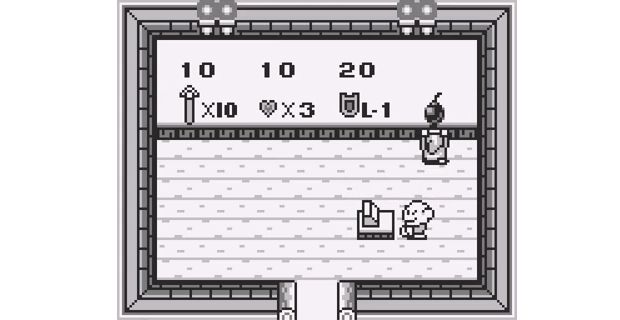 This process is similar to other Zelda games, with one key difference.

In past Zelda games, Link does walk up to the items he wants to buy, but the minute he grabs them, the cost of the item is immediately depleted from his rupee supply.

In Link’s Awakening, Link must carry the item to the shopkeeper and pay for it.

This small change leaves the player with one interesting (and scandalous!) option.

Instead of paying for the item like any good Hyrulian would do, Link can run around the shopkeeper several times, distract him, and quickly jet out the front door, ultimately stealing the item and getting it for free.

If this tricky maneuver is successful (seriously, the shopkeeper is tough to distract!), the game will let you know you have stolen the item for free the minute you exit the shop.

“Are you proud of yourself?” the game sarcastically asks you. 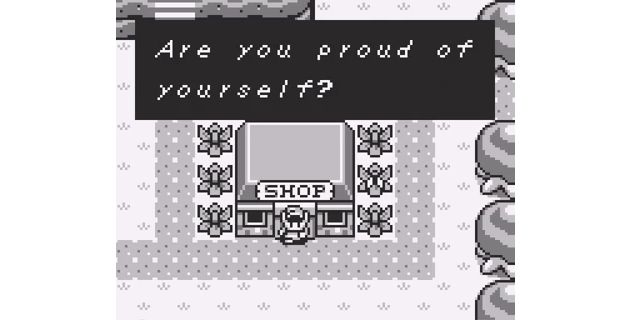 At this point Link is free to roam the world with a brand new, completely free item as part of his inventory.

Woo hoo, right? Having saved what could be several hundred rupees, this sounds like a great (although dastardly) scenario!

But the game doesn’t let you get away with something so morally wrong so easily.

Once you steal something from the store two major things happen.

First, you can never enter the store again without being screamed at and subsequently murdered by the now furious shopkeeper. Every time you walk into the store he will immediately blast you with a lethal energy bolt, instantly killing Link. 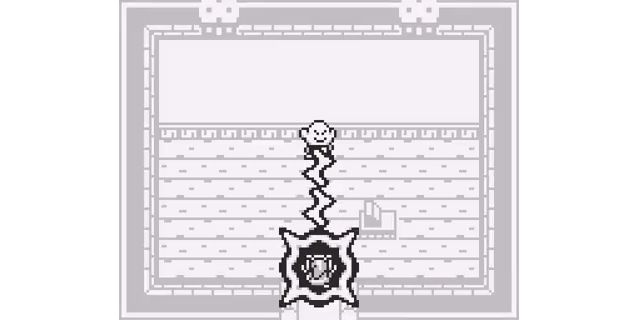 If that weren’t punishment enough, the game does something else that is as shocking as it is shameful.

The game permanently changes your in-game name to “THIEF.”

That’s right. THIEF. In all caps, just for that extra embarrassing emphasis.

If you had named your character “Link” or after your own likeness at the beginning of the game, all of that is thrown out once you steal something from the store.

Throughout the rest of the game, all characters will refer to you as THIEF no matter what you do. 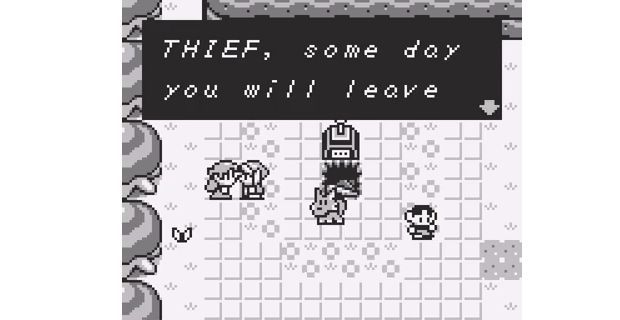 “Can you please retrieve this item for me, THIEF?!”

“Thanks for rescuing me, THIEF!”

“Please save our island, THIEF!”

It is a nasty little bit of punishment … but wonderfully devious.

You can watch what happens when Link steals from the village shop right here:

Not to toot my own morally pure horn, but I never experienced this brilliant twist when playing Legend of Zelda: Link’s Awakening. I never stole anything from the store, so I never knew this could even happen! (Keep in mind, though, this is coming from a guy who tried to stop at all the stoplights in Grand Theft Auto: San Andreas.)

It wasn’t until years later that I read about this harsh, utterly fantastic twist.

As cruel as this little detail is, I can’t help but appreciate its brilliance.

Obviously stealing in real-life is wrong. We all know this and try our best to avoid doing it at all costs.

So why is it okay in a videogame? In a morally troublesome game such as Saint’s Row or Grand Theft Auto, stealing is part of the fun, so there would be no reason to punish the player for doing something that most people wouldn’t do in the real world.

But in a game like Link’s Awakening, Link is a genuinely good guy with values pretty similar to what we consider “good” in real-life.

He would never steal. It’s just not in his nature.

So when you, the player, try to make him do that, it makes sense that the game punishes you.

But even more impressive is the fact that this is even an option in the game!

The designers of Link’s Awakening could have easily avoided all of this by just not letting you steal anything at all. They could have had Link pay for an item the minute he picks it up.

But, no, the creators of the game, in a weird, twisted way, wanted to test the player. They wanted to see if anyone would make the effort to actually try to take something from the store for free.

And, even better, stealing something is rather complicated!

Trust me, it’s difficult. (And before you judge me, I went back and stole something as nothing but a healthy experiment once I knew it was a possibility. IT WAS IN THE NAME OF SCIENCE!)

So if a player goes through all this hassle just to save a few rupees, the designers make sure they are punished for it.

And, man, it sure stings to be caught red-handed for doing something that, let’s face it, is pretty shady. (What did the hardworking shopkeeper ever do to you?!)

And for anyone that does get busted and chooses to continue playing (instead of turning off the game and walking away with their head hung in shame), they are reminded of their crime over and over again by being called THIEF throughout the rest of the game.

Damn. Who knew Nintendo was worse at making you feel guilty than your own mother?

As ingenious as this addition is, I am surprised it hasn’t carried over into more modern games. Sure, there are some pretty cool punishments for doing something morally wrong in a game, but nothing feels nearly as permanent as it does in Link’s Awakening.

How neat would it be if, say, your Xbox Live avatar was stamped with some kind of “Scarlet Letter” for doing something morally wrong in a game? Yeah, I don’t necessarily want someone’s moral judgments up in my videogames, but, if anything, it would be an interesting experiment that could result in some fascinating (and ultimately depressing?) results.

Permanently changing your name to THIEF for being a, well, thief in Link’s Awakening is still one of my favorite videogame moments of all time. It is very surprising and, frankly, a little harsh, but, let’s be honest, that’s kind of what makes it so awesome.