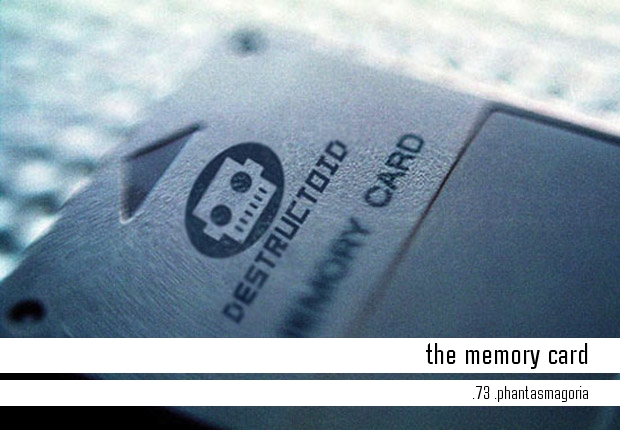 Halloween is always such a fun time for me. Not necessarily because I like dressing up or eating a lot of candy (hey, I do that all year long!). No, Halloween is great because it is an excuse for me to go back and play some of my favorite horror videogames. From Resident Evil to Clock Tower, Silent Hill to Eternal Darkness, I love to turn off the lights, crank up the volume, and play specific sequences in games that make me jump (and some that even give me nightmares).

This year, though, I decided to do something a little different. Instead of playing genuinely scary games, I thought it would be fun to replay some horror games that err on the side of the absurd, the strange, and the flat-out ridiculous. With that in mind, I was led straight to one of my favorite horror games of all time: Phantasmagoria for the PC.

In addition to its twisted storyline, Phantasmagoria contains some of the most infamous death scenes in the history of videogames. While they are all screwed up in their own special way, one moment in particular surpasses being violent — it could easily be categorized as gratuitous, offensive, and even sexist.

Hit the jump to relive a moment that really just needs to be seen to be believed. Happy Halloween!

After finding tremendous success in the late ‘80s with the King’s Quest series of PC adventure games, designer Roberta Williams decided to try something different and created the horror-themed Phantasmagoria in 1995. Like King’s Quest, Phantasmagoria is also an adventure game, but, unlike it’s family-friendly counterpart, it is much more adult-oriented, featuring a dark, horror-themed story and some of the most violent and controversial content ever seen in a videogame.

In the game, you play as female protagonist Adrienne Delaney, a writer, who purchases a giant, remote mansion with her husband, Don. Adrienne hopes her spooky new home will help her get in the mood to write her next mystery novel.

After moving in with her husband, Adrienne learns that the mansion was once owned by a famous magician known as Carno. (Side note: buying a house previously occupied by a creepy magician is always a bad idea.)

Like most point-and-click adventure games of the time, Phantasmagoria allows players to control main character Adrienne by clicking a place on the screen they would like her to walk to. In addition, by clicking on certain items or objects, Adrienne can interact with them as she explores the house and its surrounding area.

While this gameplay is nothing new, Phantasmagoria utilizes real-life actors and pre-rendered backgrounds to tell its story. Although it looks dated by today’s standards, the use of this graphical technology was revolutionary for its time.

When the game starts, Adrienne is plagued with horrible nightmares while trying to sleep in her new house. Because of these nightmares, Adrienne decides to search the mansion to find out more about its old inhabitants. Maybe learning more about the house will help her figure out why she is having such terrible dreams?

It doesn’t take too long for Adrienne to discover the house’s previous owner, the magician Carno, was married to many different women, all of whom died. According to the local villagers — even though all of Carno’s wives passed away suddenly — they all died of natural causes.

As she explores more, Adrienne learns that Carno used some ancient black magic to summon an evil demon that possessed the evil magician and forced him to violently murder all his wives. In an unfortunate twist, the same demon that controlled Carno takes over Adrienne’s husband Don, resulting in a controversial rape scene that is rather uncomfortable to watch.

Scarred and confused after the awful confrontation, Adrienne is determined to release the demon from Don and save his life.

As she searches the mansion for a way to do this, Adrienne witnesses multiple shocking visions of what really happened to Carno’s wives.

One of these graphic, violent visions is this week’s Memory Card moment: Death by funnel.

The visions in the game are incorporated into the gameplay as lengthy, FMV cutscenes. When Adrienne visits a certain area where a murder occurred, she will see a ghostly flashback of exactly what happened. As the scenes play out, Adrienne can do nothing but watch helplessly with her hand covering her mouth (as is mostly the case).

Each of the brutal murders revolves around what each of Carno’s wives was best remembered for. For example, one wife of Carno loved to garden, so she is murdered in the greenhouse with a sharp shovel. Another loved to drink, so she is stabbed in the eye with a broken liquor bottle near the bar.

At one point in the game, Adrienne starts to search a large mirror near the mansion’s kitchen. As she approaches the mirror, a murderous vision begins to form on the reflective surface right before Adrienne’s eyes.

The vision shows Carno approaching one of his wives, Regina, as she is strapped down on a giant table. A large, metal funnel has been jammed in her open mouth.

When Carno approaches the table, he begins to mutter horrible things about how much his wife loves to eat. He then tells her he has prepared a “special meal for her tonight.”

As Carno says this, he raises up a giant plate so Regina can see it. On the plate is a large, red, dripping pile of animal innards (stomachs, intestines, etc.).

Both Regina and Adrienne stare at the putrid feast with looks of terror.

As Regina shakes back and forth, panicking and trying her best to escape, Carno starts to pick up pieces of the innards and drop them into the funnel stuck in Regina’s mouth. As each piece slides down the cold metal, he reminds Regina what she is eating. Giblets. Tripe. Brains.

While all of this is happening, Regina begins to choke. The sound of gurgles and gags combines with the squishing of the innards to create a truly repulsive symphony of gore.

To make everything even worse, when the funnel fills up too high, Carno picks up a metal pestle and starts forcefully jamming the innards into the funnel, filling Regina’s poor body and forcing her to choke even more.

After what feels like forever, Carno gives the gore-filled funnel one final blow with his pestle, resulting in an awful, nightmare-inducing crunching sound effect.

Carno looks down at his victim with not a hint of sorrow or guilt in his eyes. He flicks the blood from the innards off his hand, drops the pestle into the overflowing funnel, and silently walks away.

Adrienne, horrified by what she just saw, backs away from the mirror as the vision fades away.

Traumatized and confused, Adrienne tries to deal with what she just witnessed. Hoping that what happened to Carno’s wives doesn’t happen to her, she pulls herself together and continues on her quest to help free her husband of his demonic possession.

You can watch the shockingly violent cutscene of Regina’s death right here:

Regina’s death is kind of a weird moment for me.

At the time (a 1995, Pocahontas ornament-collecting version of myself), I thought everything in Phantasmagoria was some of the coolest stuff I had ever seen! The full motion video! The pre-rendered backgrounds! The adult content! When I first played the game it really felt like I was part of something revolutionary. I even used to show my friends Regina’s death just to shock and amaze them.

But as the years went by — and I played Phantasmagoria over and over again — the game’s content started to get to me a little. What was once over-the-top violence that almost made me laugh with its absurdity became oddly aggressive and almost uncomfortable to watch.

Now, before you think I have turned into a grumpy old man who steals kids’ footballs off his porch and can’t appreciate ridiculous things like Phantasmagoria, just hear me out.

I love nothing more than cheesy, terrible horror movies, and, looking back, that’s completely what Phantasmagoria is. Sure, it is a pretty decent little adventure game, with some solid puzzles and interesting gameplay, but playing Phantasmagoria is all about experiencing the crazy story and killer cutscenes. And I have a feeling Roberta Williams planned this when she designed the game. There is so much of a focus on the FMV cutscenes that publisher Sierra must have known that was what people would talk about after playing. It’s fairly obvious the envelope was intentionally pushed.

But over time, the harmless fun has taken a strange turn. While most of the death scenes are nothing special, Regina’s death in particular just feels like such a violent act that it really makes you look at the entire game with different eyes.

After watching Carno kill Regina by force feeding her the innards of animals using a funnel (even typing it sounds a little dirty) all the deaths in the game feel particularly violent … especially (and obviously) towards women.

It can be argued that the game is about a man being possessed by a demon and killing his wives — how can the death of women be prevented?! I understand that completely, and, honestly, agree with it. But looking at the other side of things, it feels strange to play a computer game containing so many different cutscenes showing a man violently taking control of numerous different women. If it was only one of two, who knows if I would feel the same way? But after five or six — including the really odd rape scene between Don and Adrienne that you can watch right here if you are curious — it just seems a little gratuitous.

Again, I don’t know how much I agree with the controversy that sparked over scenes like Regina’s death — for the sake of this article I am forcing myself to play a little bit of the devil’s advocate — but replaying the game recently I am starting to understand.

Regardless, Phantasmagoria is a cult classic that I still love to play around Halloween every year. I may feel a tad bit uncomfortable watching certain scenes now, but it really doesn’t hamper by overall enjoyment of the over-the-top, absolutely ridiculous, and ultimately entertaining adventure game.

Regina’s death may be the most controversial thing to come out of Phantasmagoria, but it doesn’t make it any less fascinating. If anything, the controversy made the infamous scene all the more memorable.

Heck, I am still talking about this game fourteen years (!) after its release. That alone must make Roberta Williams one happy (and empowered) woman.