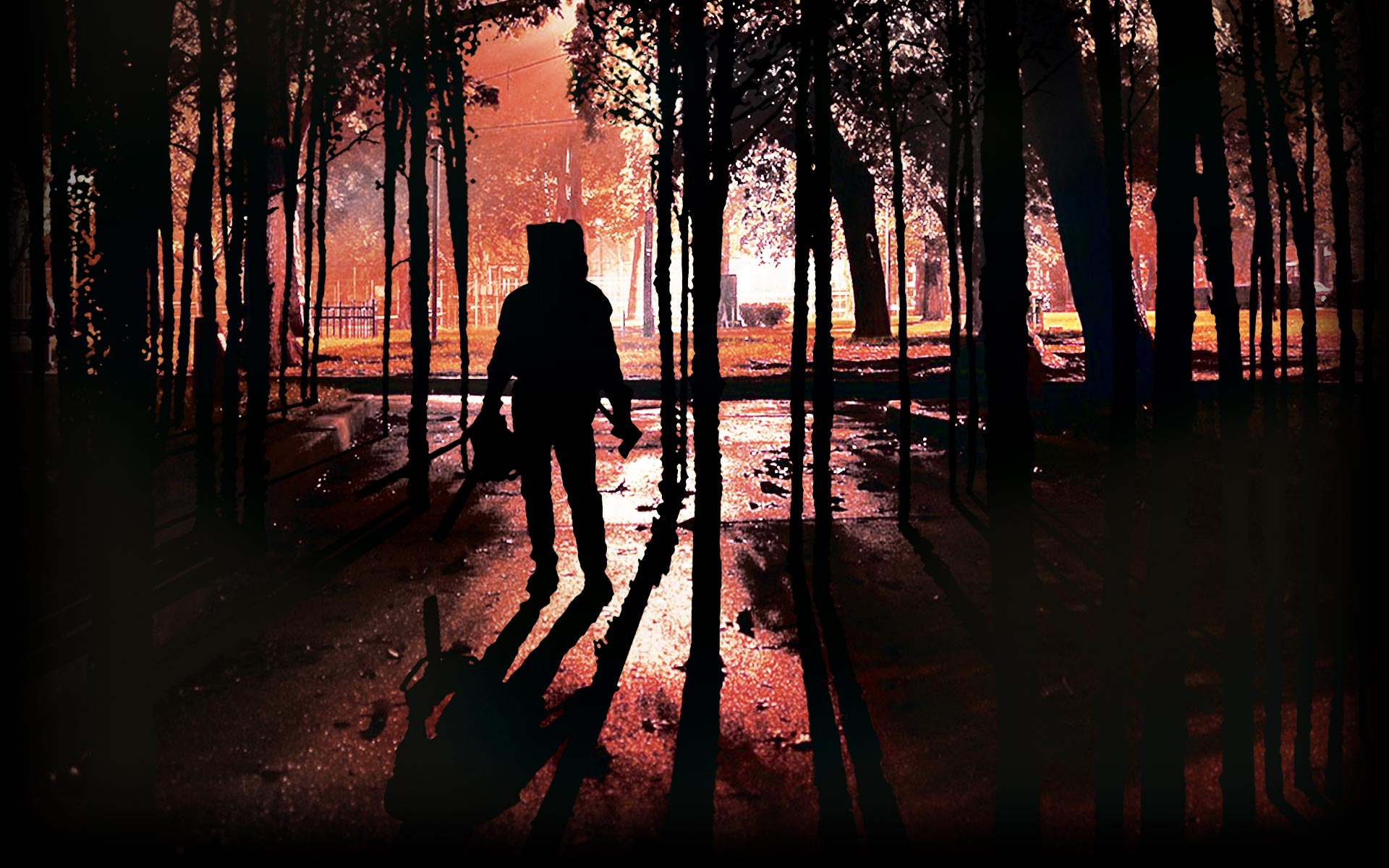 I love to be scared.

I don’t know why — me being scared usually involves a lot of running around like an idiot with my arms flailing — but I love the feeling of shock and subsequent nervous laughter that goes along with being genuinely frightened. It’s a sick pleasure, I suppose.

While there are quite a few videogame moments that have scared me, there are only a few that are truly terrifying. Going beyond the tried and true technique of having something pop out from the darkness (or having a dog jump through a window), these moments get beneath your skin and actually affect you outside the game.

Never before have I been more terrified playing a videogame than during Resident Evil 4 for the GameCube. The entire game is full of moments that made me jump out of my seat (crazy chainsaw man!), but one moment in particular is so well-designed and creative — in addition to being heart-pounding — that it easily remains my favorite part of the survival horror classic.

Let’s relive a moment that makes me never want to set foot in a boat again.

Resident Evil 4 is one of the greatest — if not the greatest — survival horror games ever created. It is an undeniable masterpiece and should not be missed by anyone. I could easily gush for paragraphs about how much I adore this game. Luckily for you, I have to focus and write this article.

In the game, you play as Leon Kennedy, former Raccoon City police officer and co-star of Resident Evil 2. Leon is sent on a mission to northern Spain to rescue Ashley Graham, the daughter of the President, who has been captured by a mysterious cult.

The game begins with Leon being dropped off on the side of a deserted forest, right outside a small rural village. The village supposedly offers clues to the whereabouts of the missing Ashley.

As fans of this game know, as soon as Leon reaches the village, all hell breaks loose.

In a thrilling, memorable sequence, the villagers go insane and try to murder Leon (including one infamous chainsaw-wielding maniac). Having no choice, Leon kills many of the villagers as he is chased through the village’s crumbling buildings.

When all hope seems lost and the villagers continue to pursue Leon, a bell goes off at the local church (random trivia question: do you know who rings the bell?). At the sound of the bell, all the possessed villagers stop in their tracks, lower their weapons, and walk as if hypnotized through the doors of the church.

Left alone in the deserted village, Leon is confused, but thankful that he has been granted temporary salvation.

Although completely hesitant about following the people that tried to kill him, Leon figures Ashley is most likely through the church doors. After finding a hard-to-locate key, Leon takes a deep breath and makes his way into the church.

After walking through the doors, Leon is surprised to not find a church at all! Instead, a long cave leading to some unknown location stands before him.

Making his way through the dark cave, Leon emerges at the gates of another church, this one larger and much more menacing.

Not being a surprise anymore at this point, the church is locked by some strange insignia and Leon has no other choice that to make his way down a nearby path to an enormous, mist-covered lake.

It is at this lake when the next Memory Card moment occurs: Del Lago!

When Leon arrives at the lake, he notices some irregular splashing in the distance. Nervous, but unsure of the source of the disturbance, Leon continues exploring the lake’s shore.

Walking down a rickety old dock, Leon discovers a small boat floating in the dark water.

Getting in the boat for some ridiculous are-you-kidding-me-with-this reason, Leon starts up the motor and heads out into the lake.

At this point, a cutscene takes over showing the P.O.V. of some … thing under the water. The mysterious entity slowly makes its way closer and closer to Leon’s fast moving boat.

In a classic, chill-inducing shot, the camera jumps to show an aerial view of the lake. Leon, looking so small in his boat, travels along the eerily still water as the blurry shape of some giant creature can be seen swimming directly underneath him.

Suddenly, a huge monster leaps out of the water, equally scaring the bejesus out of Leon and the player. Enter, Del Lago!

Looking like a giant salamander that could swallow you in one bite, Del Lago hooks itself on the boat’s anchor and starts to pull Leon wildly through the lake.

At this point, the player takes control again, with Leon standing up in his boat as it is being towed behind the massive beast.

By throwing an endless supply of harpoons at the creature, Leon can eventually knock Del Lago free, giving the player full control of the boat.

The battle with Del Lago involves Leon navigating the large lake and throwing harpoons at the aquatic boss whenever it emerges and opens its gaping mouth.

While this is already tough enough, Leon also has to avoid Del Lago’s huge body and dodge a large amount of debris floating in the lake (such as branches, rocks, etc.). If Leon is ever rammed by Del Lago or runs into a large piece of debris, he is knocked into the water quite some distance from the abandoned boat.

At this point, the player must quickly push “A” as fast as possible in order to get back on the small boat before Del Lago swallows Leon in one enormous gulp. This sequence is extra suspenseful since the camera plants itself in a very dramatic position, showing a faraway shot of Leon struggling to swim to the boat as Del Lago rapidly approaches under the water.

After repeating the attack technique over and over, Del Lago is eventually defeated and Leon is free to explore the other side of the lake. Luckily for him, the area across the water holds the insignia to allow access to the mysterious church.

Thankful he is still alive after such an intense encounter, Leon returns to the church, unlocks the door, and enters in the hopes of finding the girl he has risked so much to save.

I know a lot of you reading this have played Resident Evil 4 — the game is fairly recent and very popular. To the people that have experienced it, how many of you were absolutely blown away by the lake battle with Del Lago? I am assuming a large number of you are nodding or, even better, raising your hands.

Keeping in line with my obsession with good, creative design in videogames, this sequence impresses me on so many different levels.

The Resident Evil games have always had some pretty incredible boss fights, but most of them are set in very generic locations. The boss enemies have been unique, but the set pieces they reside in are standard survival horror fare (laboratory, old house, etc.).

The fight with Del Lago takes place on the surface of a massive lake. I can’t even think of another videogame this has happens in!

Not only is the set piece stunningly original; the design of the battle is impressive as well.

A videogame can offer an incredible set piece, but lack in the gameplay department and completely ruin what could have been something amazing. The boss fight with Del Lago is not only a unique moment in the Resident Evil series; it is one of the best designed and wholly original boss battles in all of videogames.

One thing that makes the battle so impressive is the intuitive control.

Controlling Leon in the boat is as simple as walking around on land. By just pointing the analog stick where you want to go, the player can easily navigate Leon around the large body of water. Instead of implementing some complicated driving mechanic, the designers chose to have the boat controls be as basic as possible. When fighting a boss as large and fast as Del Lago, maintaining a simple control scheme is the key to making the sequence work.

In addition to the simple steer and attack controls, the boss battle throws in a few small twists to keep things interesting. As mentioned before, when Leon is knocked from the boat, the player has to push “A” as fast as possible to get him back to his floating sanctuary. This creative choice is very intuitive in the context of the suspenseful and heart-pounding action that is happening on screen. Think about if the player had to navigate back to the boat by using the analog stick and some form of swimming mechanic? It would most likely be too complicated for its own good and not offer the same awesome camera angle showing Del Lago slowly approaching Leon under the water. Like the movie Jaws, this dramatic camera angle is the sole reason the sequence is so suspenseful.

Most importantly, the boss fight with Del Lago is absolutely terrifying to play.

Watch the above video again and notice how brilliantly the sequence utilizes suspense and fear techniques any horror movie would kill to mimic. From the feeling of unease the player gets from knowing something is lurking beneath the dark water, to the shock and disbelief as Del Lago bursts through the dark depths, the sequence is a master class in visual language. And to think: all of these emotions — all of the dramatic feelings the player experiences — stem from a seemingly simple videogame. It is pretty impressive when you stop and think about it.

The battle with Del Lago is one of the most visceral and unnerving experiences I have ever had while playing a videogame. The massive amounts of creativity and visual design combine perfectly, making the sequence one of the most memorable (and impressive) videogame moments of all time.

I got goosebumps just writing about it.