I really wanted to do a Memory Card on my favorite two-player videogame moment and, immediately, the original Contra came to mind. More specifically, the memory of playing with a friend as we constantly (and unwittingly?) killed each other on the vertically scrolling Waterfall stage. Even though it was frustrating as hell, it will always remain unforgettable.

But the more I thought about it, the more I started to focus my attention on classic arcade game Double Dragon. Not only is the game one of my favorite co-op experiences of all time, it contains one of the greatest final moments in any videogame, multiplayer or otherwise. And that’s when I realized that a great two-player game is not just about simply assisting a friend, but interacting with said friend in unexpected ways. As dirty and wrong as that sounds.

Hit the jump to revisit one of the craziest two-player moments in the history of videogames — one that puts the phrase “bros before hos” to shame.

Double Dragon was released on many home consoles. While some of these transitions were successful, the original arcade version is by far the best and the one I hold the most near and dear to my heart. 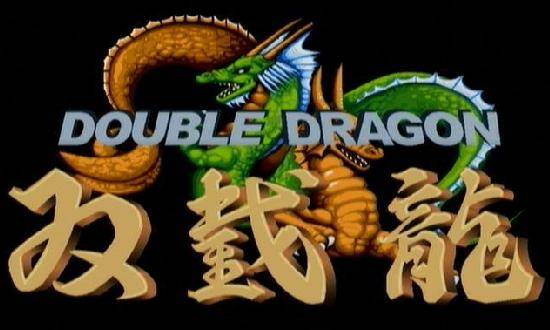 Honestly, there is not really much to setup regarding Double Dragon. I mean, the game is not known for its complex story. Unless you count beating up random thugs with baseball bats and oil drums a story. In that case, it has the best story of all time.

Double Dragon begins with a pretty hardcore opening cutscene, even by today’s standards. In it, maybe-she-is-asking-for-it-with-that-outfit Marian is walking in front of a warehouse when, suddenly, a gang of hooligans arrives on the scene. The gang members call themselves the Black Warriors and are led my machine gun-toting boss Willie Mackey. 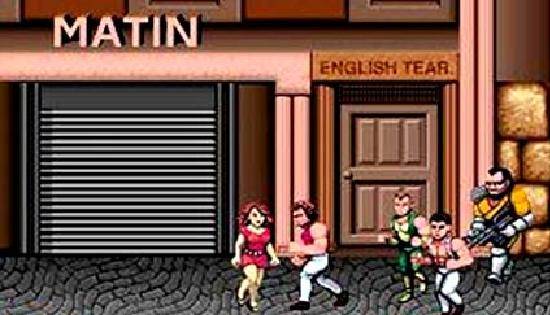 Immediately, one of the random gang members walks up to Marian and, no joke, punches her right in the stomach. Obviously, the petite woman collapses from such a harsh blow. Once she is down, the same random gang member picks up her unconscious body and carries her away off-screen (with the rest of the Black Warriors following in tow). 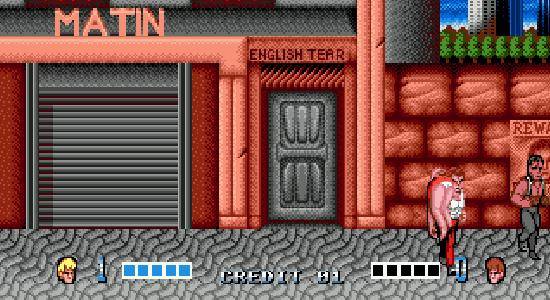 And, well, that’s pretty much the gist of Double Dragon’s multi-layered plot. Once this horrible event occurs, a garage door opens in the background and main characters (and brothers) and Jimmy Lee emerge and just start kicking as much ass as possible to get Marian back. 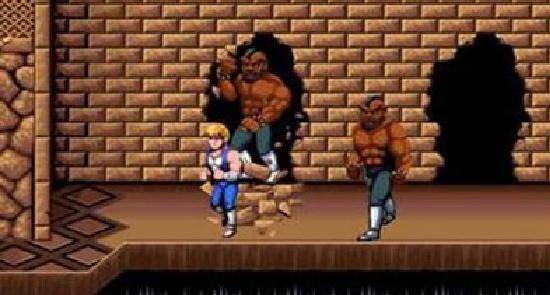 After four levels of hair grabs, knee kicks, and elbow punching giant Abobos in the gut, and Jimmy eventually make it to the Black Warrior’s hideout. It is here where the players finally face Willie Mackey and the next Memory Card moment occurs: fighting for Marian’s love.

The final battle with Willie Mackey is nothing special in the world of beat-em-ups. Granted, he has more stamina than all the other enemies in the game, but fighting him mostly involves the same technique used throughout the entire game (and all the games of the genre): land a few punches or kicks, dodge incoming attack. Rinse. Repeat. 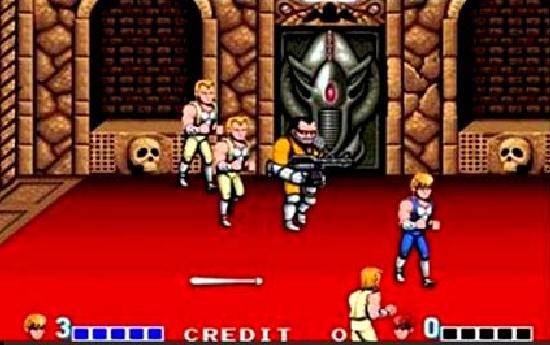 Once Willie Mackey is defeated, however, things start to get completely untraditional and, frankly, really awesome.

During the whole battle, Marian can be seen hanging by a rope in the background. Once both and Jimmy Lee defeat Willie, instead of the game being over and Marian being released from her binds, the gameplay continues.

It is at this moment when the two players controlling and Jimmy realize that they actually have to battle each other, the winner claiming Marian and crowned the true champion of the game.

The game doesn’t even bother to switch to some fancy new arena or new gameplay style. Just beat the final boss and get to punching your own brother in the face for the love of some broad! Amazing.

You can watch the fraternal carnage right here, but it comes with big caveat: The only video footage I could find of the epic two-player battle comes from a friendlier alternate ending.

Surprisingly, out of all the Memory Card articles I have done, this almost throwaway moment is the one to actually have a direct impact on an upcoming, highly anticipated game.

At the end of most levels in Castle Crashers for Xbox Live Arcade, the four main characters partake in the same type of battle against each other. Once you beat a level in the soon-to-be-released beat-em-up you have to battle your friends (who you worked with throughout the stage) for the love of the princess. Whoever wins gets to claim the girl. If that isn’t a direct nod to the classic Double Dragon scene I don’t know what is!

I spent a lot of time playing Double Dragon in the arcade when I was growing up. Even after all these years, I still haven’t forgotten how strange and funny it was to find out I had to fight my own ally to win Marian. The moment was unexpected and totally hilarious. Actually, my friends and I used to replay the game over and over just so we could reach the end again to see who would win the girl. We would drop quarter after quarter into the slightly faded arcade machine and dedicate hour after hour to play through the challenging main game, only to get extra excited for a sequence that lasted about, I don’t know, one minute. Those were the days.

Looking back, I sometimes wonder if it was just me who used to get all worked up and excited about this special treat of an ending, but then I look at the for the Nintendo Entertainment System. When the game came out for the NES there was a two-player battle mode added (simply dubbed “Mode B”). In it, you choose from a handful of characters featured in the game (including Abobo!) and simply battle in a small arena to see who wins. It is totally basic, but highly addictive. It is quite clear when playing Mode B that the designers were very much inspired by and Jimmy Lee’s final fight in the original arcade game.

Obviously there are a lot of videogame moments that are much more emotional complex and revolutionary than the final battle between and Jimmy Lee for Marian’s love. Regardless, though, it doesn’t change the fact that this sequence is totally memorable. Honestly, sometimes these little moments are the ones that stick with you the most.