Certain videogame genres are known for not possessing rich or complex stories. These genres usually focus entirely on action and gameplay, ignoring even a basic narrative structure (which is not necessarily a bad thing). But what happens when an established genre surprises the player by including some interesting characters one can actually (gasp!) grow to care about?

Over the next two installments, The Memory Card will focus on two moments from two notoriously story-crippled genres: RTS (real-time strategy) games and shooters.

Real-time strategy games do feature plots — I’m not saying they are void of any type of narrative at all — but most offer only basic stories as an excuse to give the player reason to collect resources and blow stuff up. It wasn’t until I played the PC masterpiece StarCraft that I realized a real-time strategy game could tell just as compelling a story as any epic RPG.

Let’s relive a surprising moment from that game centering around one of my favorite videogame characters of all time.

StarCraft is arguably the most successful and well regarded RTS game ever made and for good reason: it is ingeniously designed. I still to this day load up the game every once and a while just to experience its highly addictive, near perfect gameplay. It also helps that my PC is so outdated that this almost ten year old game is the only thing that will run on it. But I digress. 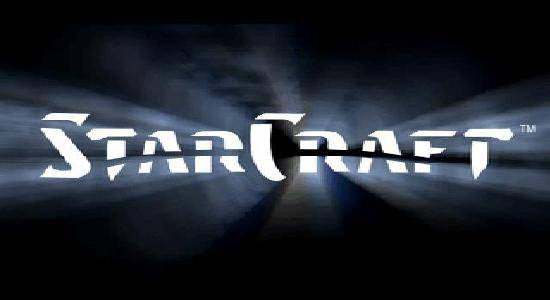 StarCraft centers on the galactic war between three races: the human-like Terrans, the creepy alien Zerg, and the highly intelligent Protoss. Instead of just booting the game up, choosing a race, and playing a quick melee round, StarCraft offers a surprisingly robust single-player campaign that is just as complete and satisfying as the stellar online multiplayer mode. 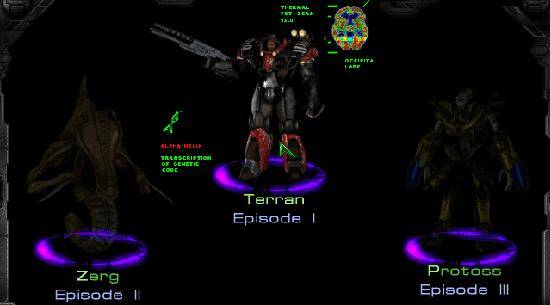 While it may not have been the first game to introduce them, StarCraft perfected the inclusion of specific RTS characters known as “heroes.” Heroes are playable and non-playable characters that actually have names and backstories as opposed to the hundreds of generic (and dispensable) units that populate most RTS games. Usually, these hero characters have to survive each mission or the game will immediately end, forcing the player to protect them by any means necessary.

At the beginning of the StarCraft Terran campaign (the first of the three episodes you have to complete), a handful of “heroes” are introduced. Among them is Lieutenant Sarah Kerrigan, a 26 year-old psychic and skilled ghost agent. In the world of StarCraft, ghost agents are stealth units that can use psionic powers to help defeat the enemy.

Kerrigan, along with (love interest?) Jim Raynor and others, is a member of the Sons of Korhal, a rebel Terran group led by power hungry Arcturus Mengsk. The Sons of Korhal (and, in particular, Mengsk) strives to overtake the evil Confederacy, a group of fellow Terrans that rules the sector with an iron fist.

Mengsk has personal vendettas to settle with the Confederacy and starts to use questionable techniques to ensure victory. Near the beginning of the game, Mengsk sends Kerrigan on a mission to plant a psi emitter in a Confederate base. This psi emitter attracts the ruthless Zerg and triggers a violent and bloody siege of the base, resulting in the horrible death of many people.

These extreme tactics leave Kerrigan and Raynor skeptical, but they continue to support Mengsk in the hopes his overall intentions are for the good of the people. 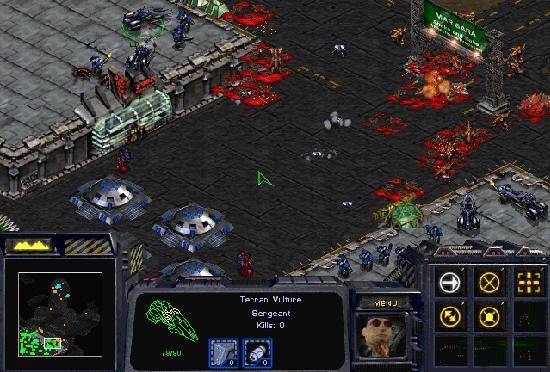 After many Terran missions, Kerrigan is asked by Mengsk to actually protect the Zerg hives from the attacking Protoss on the planet Tarsonis in order to ensure further Zerg annihilation of the Confederacy. This is almost the last straw for Raynor, who seeks to protect Kerrigan from any type of harm. Reluctantly (and against Raynor’s wishes), Kerrigan agrees to complete her mission, always the loyal soldier.

While she is successful in stopping the Protoss, Kerrigan and her forces are unexpectedly surrounded by a sudden influx of Zerg troops before having a chance to celebrate. Since the Zerg don’t serve anyone, they immediately begin to decimate the helpless Terrans. 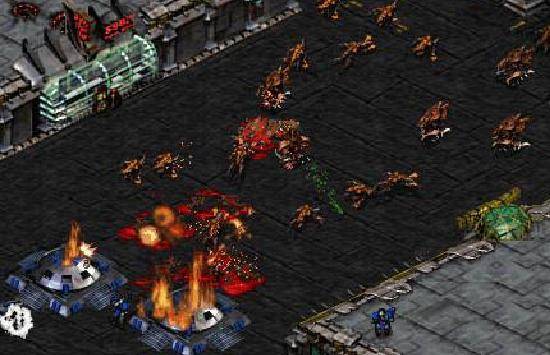 Scared for her life and the lives of her remaining soldiers, Kerrigan calls out to Mengsk for a rescue party. Maybe not surprisingly, Mengsk ignores Kerrigan’s plea for assistance and leaves her on Tarsonis to the mercy of the Zerg.

It is at this point in the game when the level ends, leaving Kerrigan screaming for support as she is surrounded, with no escape, by an almost infinite amount of Zerg. Raynor screams at Mengsk to send his ships back, but it is to no avail. Kerrigan is left for dead.

While this twist is shocking enough on its own (wait … what … she’s gone?), it is shortly after this when the next Memory Card moment occurs: the assimilation of Kerrigan.

Once the Terran levels are complete, the player moves on to the second set of stages: the Zerg campaign. Right away, the Zerg Overmind (the race’s leader) informs your new Zerg-centric character that there is a valuable chrysalis being harvested that contains one of its greatest creations. In fact, the first few levels of the new campaign focus on protecting this strange egg from destruction.

After an epic battle on the planet Char, the chrysalis finally hatches, revealing a mutated and alien … Kerrigan! Wait, what?! This is when the game reveals that the Zerg did not in fact kill Kerrigan on Tarsonis. Since she is a ghost, the Zerg instead decided to harness her skills and assimilate her into the most powerful Zerg ever created.

Unfortunately, because of this unwilling transformation, Kerrigan loses all her memories and thoughts of being a Terran and now only lives for the destruction of all the non-Zerg races. In fact, she ends up becoming one of the main villains in the game from this point on (and even into the StarCraft expansion pack, Brood War). 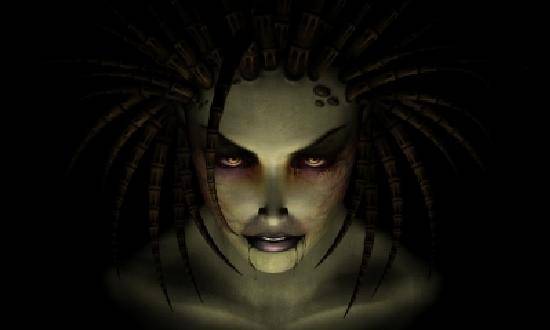 A sad fate for such a noble character …

You can watch the tragic attack on Kerrigan right here (keep in mind that the video is very low quality and ends before her Zerg form is revealed — bad clip is bad):

Not to drive the point home too much, but the apparent death of major character Kerrigan would be shocking for any videogame, let alone an RTS. Like most people, I really thought the likable character had actually died and would never be seen again. To have her pop back up a few levels later a completely new creature (with brand new skills and controls) was shocking, to say the least.

Up to this point in my videogame life, I had played my fair share of real-time strategy games, but never felt even close to the immersion I experienced when playing StarCraft for the first time. Even playing today, the three different races are so distinct that I may go so far as to say they are some of the best designed videogame creatures in history. The perfect balance of strengths and weaknesses each species possesses when applied to the gameplay is truly staggering. I still can’t wrap my head around how the designers got it all so right.

On top of this, the actual characters introduced in the g ame are just as well realized. I will always remember heroic Raynor, shady Mengsk, and especially loyal Kerrigan. Come on, you have to admit, even her name is awesome. She really will go down as one of the most memorable characters videogames have ever seen. Although sad, the fact that Kerrigan goes through this in-game transformation and even, years later, becomes the central character of the expansion pack is completely intriguing. Very rarely do videogames introduce heroines/villains with such dramatic and long-lived arcs.

One more thing of note is how amazing the creators of this game tell their story through something as “basic” as an RTS’s interface. True, Blizzard (the game’s publisher) is known for its spectacular cutscenes, but if you are a fan of StarCraft you know that these gorgeous cinematics mostly contain nothing more than pretty visuals. The meat of the story is actual revealed through little more than primitively animated talking heads and (luckily) topnotch voice acting. Allowing the player to care for a character and genuinely get upset when she is in danger is all the more impressive when portrayed using such simple visual means. It takes a lot of talent to pull something like this off.

Nowadays, it seems that real-time strategy games are becoming more and more complex by the minute, offering truly epic stories filled with impressive characters of all types. But, for me, StarCraft will always be the most memorable. Is it just because of Kerrigan’s tragic story? Maybe. It might even be the fact that it was the first RTS that really struck a chord with my emotions.

Whatever the reason, the assimilation of Kerrigan will always be remembered as one of my favorite videogame moments of all time. StarCraft II cannot come soon enough …