Video games are a unique form of entertainment, but they tend to draw inspiration from many different sources. One common source (especially concerning modern games) is film.

The gaming genre in particular that practically pulls all of its traits from the movie industry is survival horror. From the stylized cinematography and moody atmosphere to the garish acting, a huge range of survival horror games obviously takes cues from the best (and worst) Hollywood has to offer.

The term “survival horror” started in 1996 once the original Resident Evil (for the PlayStation) was released. Although there were some earlier attempts to scare people playing video games, most proved unsuccessful due to a lack of technology or realism (sorry, Alone in the Dark). Forget the gameplay, characters, or nonsensical puzzle-solving; Resident Evil truly terrified all who played it and that is what it will always be remembered for.

Turn off all the lights, lock your doors, and relive one of Resident Evil’s most infamous scares: arguably the first time gamers actually jumped out of their seats while playing a video game.

In Resident Evil, you play as Chris Redfield or Jill Valentine, two members of the S.T.A.R.S. law-enforcement task force that seek refuge in an old mansion after being chased down by vicious dogs while investigating a mysterious helicopter crash. 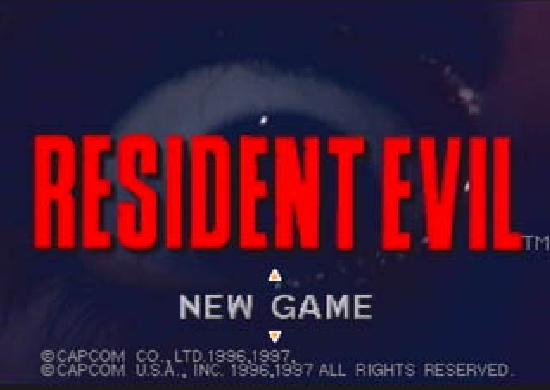 This being Resident Evil, though, you most likely know the scenario already. Practically all the Resident Evil games have the same recipe: start with a couple of (probably stranded) characters, add a load of undead creatures, and stir everything into a mysterious locale.

For arguments sake (and to make it less confusing for this write-up), let’s just say Jill is the selected character (you also have the choice to play as Chris). 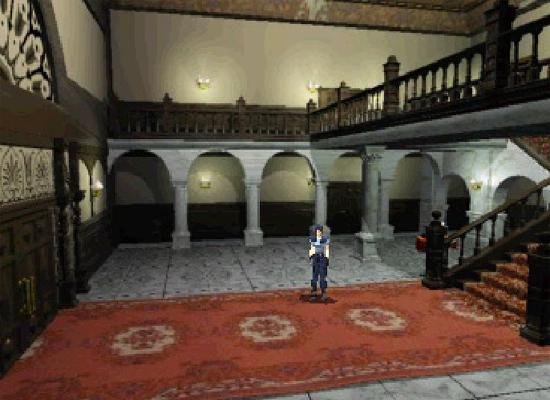 After arriving in the mansion, the few remaining S.T.A.R.S. members immediately split-up after they hear a mysterious gunshot ring out from the darkened, creepy mansion. Jill, being the badass that she is, takes initiative and decides to explore the mansion alone.

After wandering through a few rooms (ah, door loading screens – the memories) Jill encounters one of her fellow S.T.A.R.S. officers, Kenneth Sullivan, being “attacked” by some deranged “man.”

As Jill steps closer, she realizes that this “man” is actually a blood thirsty zombie and, needless to say, kills it immediately. Confused by what is happening, Jill makes her way through other rooms in the mansion to discover what is going on. 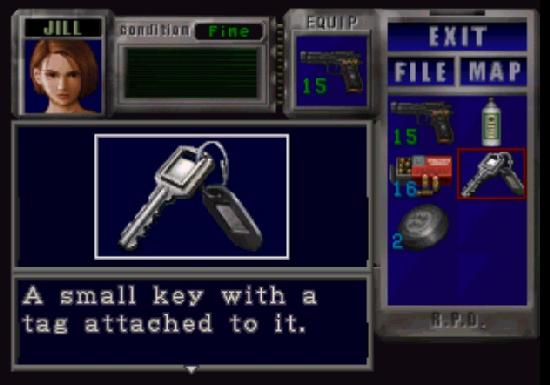 Fortunately, all of this is done very cinematically, with predetermined camera angles placed in perfect locations, making what would normally be very repetitious feel suspenseful and almost nerve-racking. As Jill journeys through the mansion, learning more and more about where these zombies came from, you, the player, are constantly worried about what lies beyond each new corner.

Well, this constant state of fear hits a shocking peak once Jill enters a seemingly empty hallway at one point in the game. This is when the next Memory Card moment occurs: the attack of the zombie dog!

As Jill walks down a random hallway during a pretty non-eventful point in the game, she makes her way past a series of windows, the wind blowing quietly against them. Not coincidentally, the music playing in the background lowers to an almost inaudible level. 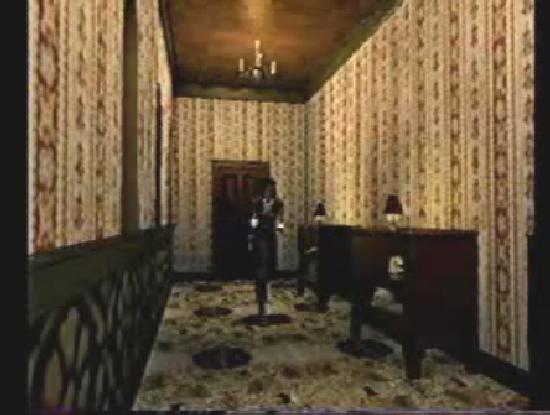 All of a sudden, when the player least expects it, a zombie dog bursts through the window, shattered glass flying everywhere. 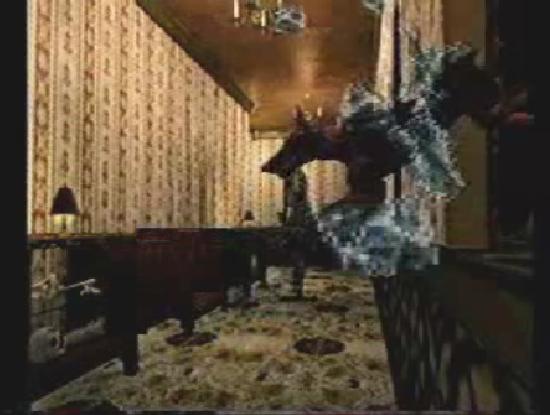 The sound effect in the game is purposefully extra loud and really hits the player out of nowhere.

Of course, the zombie dog immediately makes a beeline for Jill, but just as you are recovering from the shock of what just happened, another dog comes flying through another window. With both dogs in pursuit, the player has a choice to fight with assumed minimal bullets or flee down the long stretch of broken glass-ridden hallway.

More to visually understand what goes down than anything, you can check out the moment in the video below. Keep in mind, though, that this moment, literally, lasts for only a split-second and the sheer terror felt when the dog breaks through the glass is in no way represented well in what you are about to see. The player in the video is obviously completing a speed run (*shaking fist in air*) and rushes through what is normally an amazingly scary sequence. Playing the game at a slow, methodical pace is definitely the norm, and if you really want to relive this great moment I recommend just playing the game for yourself. But with that being said, check it out here:

Looking back, this may not be the scariest video game moment of all time (there have been so many survival horror games since that have scared the bejesus out of many), but it is remarkably memorable for many reasons.

First, and most importantly, this is the first time in the history of video games that I remember actually screaming at the television and dropping my controller. The first time you experience this moment it is absolutely terrifying!

Before reaching this classic sequence, the game never really presents any cheap horror thrills, instead creating more of an air of suspense and foreboding. When your character walks down this hallway, you are definitely freaked out that something may happen, but you never expect anything to occur at such a random time in such a random location. The moment is genius, but the effect it had on hardcore gamers is nothing short of legendary.

Another reason this moment is so memorable is less obvious at first. You may have to watch the scene again, but notice the way the entire set piece is choreographed and shot. The static camera is placed in a somewhat innocent position, never really focusing on anything in particular. As Jill enters the hallway, there is nothing out of the ordinary that would trigger the player to think something scary was about to occur.

Once Jill walks forward, still, nothing. Even after passing all of the windows the only thing that can be heard is the quiet, menacing music and a few muted dog barks in the distance. It is not until Jill is at the very edge of the screen and way in the back of the shot that the dog finally comes crashing through the glass window. Not only does this completely surprise the player (most designers would have something shocking happen when the character was front and center), but having the dog jump in so close to the camera makes it look huge and even more intimidating. Even for a movie this composition and execution would be impressive, but to experience something like this while playing a video game? That was unheard of at the time and really set the standard for all survival horror games in the future.

The Resident Evil games may not be known for being revolutionary, but once you break down this scene in particular you come to realize how much care and creative energy is put into making each moment in the game feel just right. The zombie dog breaking through the window, while almost a throwaway moment, could have been presented almost an infinite amount of ways, but the designers utilized specific creative choices to make the scene as effective as possible.

Love it or hate it, this moment is one that I will easily remember for the rest of my life. Even now, although I know exactly when it is going to occur, there is something about that darn dog jumping through that darn window that still manages to get me every single time. This longevity (combined with awesome nostalgia) can’t be denied; that is why this moment will always be considered one of the greatest video game moments of all time.