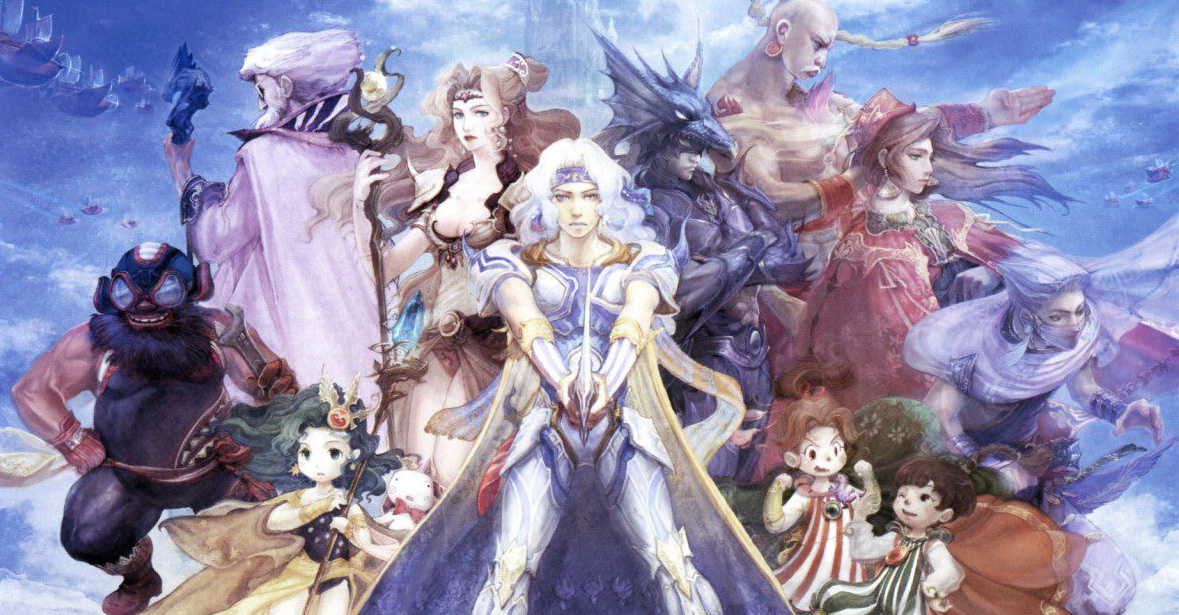 Welcome to another edition of The Memory Card, the series that dissects and honors some of the finest (and most memorable) video game moments of the past and present.

Thinking back at some of the greatest moments in gaming (and looking at my initial list of Memory Card inductees), the one series that pops up more than any other is Final Fantasy. This almost comes as no surprise, as Final Fantasy games are full of epic scenarios sure to be burned into gamers’ memories for years to come.

But even with all the drama and over-the-top sequences present in the world of Final Fantasy, a few moments stand out above the rest.

While it may only be my second favorite Final Fantasy moment of all time (number one is coming up in a future edition), one of my most defining childhood memories occurred while playing arguably one of the best role-playing games ever, Final Fantasy IV (or as I originally experienced it: Final Fantasy II).

So grab a “soft” potion and relive one of the most shocking and heartbreaking moments in video game history. 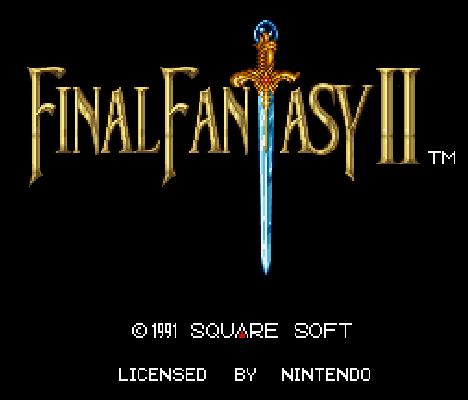 In Final Fantasy IV (I am going to stick with its real numbering for consistency), you play as main character Cecil, a Dark Knight and member the Red Wings, a band of airship riding soldiers assigned to steal crystals from unsuspecting, peaceful towns. 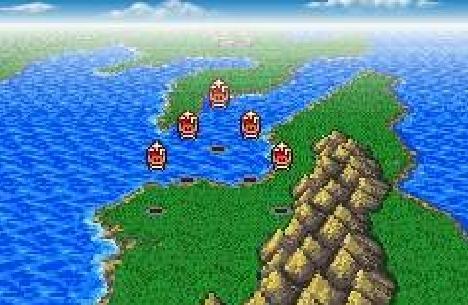 About a quarter of the way through your journey (and after already meeting several characters) the ship you are sailing in is “attacked” and sunk by a Leviathan. During the traumatic encounter all of your companions are lost, some falling and being whisked away into the sea, others being swallowed by the aquatic beast.

Upon recovering from the chaos, Cecil realizes that he is all alone and stranded on the shore of a mysterious and desolate peninsula. After pulling himself together (and experiencing one of the best 16-bit Final Fantasy effects, the pixellated screen that signifies confusion/haziness), Cecil makes his way to the nearby magical town of Mysidia. 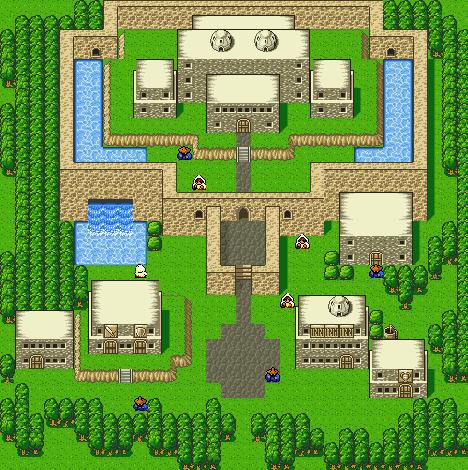 Traveling through Mysidia, Cecil encounters numerous mages of all sorts, most of them punishing him for being a member of the Red Wings and having forcibly stolen the village’s crystal at the beginning of the game.

A few sleep spells and frog transformations later, Cecil eventually makes his way to the elder of the town. It is here that he discovers he must journey to thepeak ofMt. Ordeals and give up his dark side for the pure life of a Paladin. This is the only way he will be forgiven for his sins and the only way he will be able to obtain the power to defeat Golbez (the main bad guy in the game).

Confused by all of this, Cecil hesitantly agrees. The elder, wanting to make sure Cecil’s trek is an easy one, calls on the twins Palom and Porom to accompany him. Palom, a black mage, and Porom, a white mage, are kids and completely inexperienced, but the elder knows that they will help Cecil along, so the three journey together toMt.Ordeals. 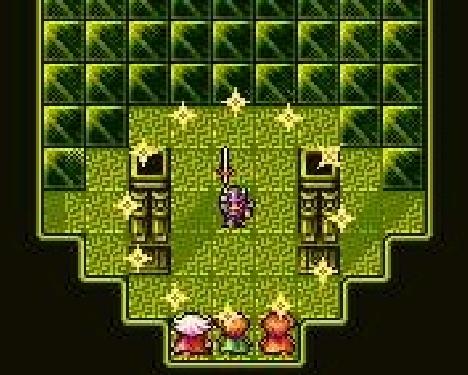 After successfully returning as a Paladin, Palom and Porom admit to Cecil that they were only accompanying him as spies, just to make sure his quest was noble and he didn’t try anything funny along the way. Feeling bad about their dishonestly, the twins offer to travel with Cecil for the rest of his quest. Cecil is happy to have the already helpful brother and sister continue on with him further. 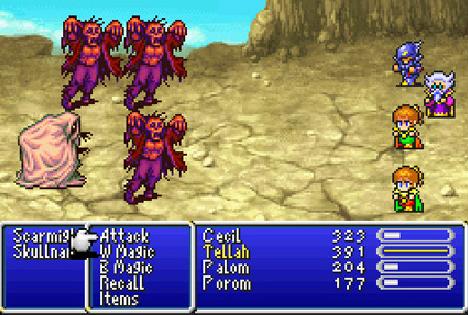 A few adventures later, Cecil and the twins, as well as karate master Yang and old sage Tellah, arrive in thekingdom ofBaron (Cecil’s hometown). It is here the party faces some of its harshest battles yet, as Cecil discovers not only that one of the royal assistants is evil, but that King Baron himself is actually a towering monster (one of the four elemental fiends, in fact).

Once the group defeats King Baron and decides to leave the castle to continue their journey the next installment of The Memory Card occurs: Palom and Porom’s noble sacrifice.

Joined by Cecil’s good friend and engineer Cid, the party decides to leave Castle Baron to search for an airship.

As they enter a small room in between the throne room and main entranceway there is a flash of light. Both doors on either sides of them (and the only ways out) are magically sealed, leaving the helpless party trapped inside.

With an accompanying bang, the walls of the room slowly start to close in. The trap was set by the monster King Baron in hopes that whoever eventually defeated him would be killed by the crushing stone walls.

Cecil and the party panic and try anything they can to hold the walls back.

Right before the walls move in for the final, crushing blow, Palom and Porom separate and face opposite walls. Ignoring pleas from everyone else in the party to not do anything drastic, Palom and Porom look at each other, say their goodbyes, and cast the spell “Petrify” on themselves.

Their bodies now hard stone, the walls come to a halt and the trap is deactivated. Immediately, Tellah tries casting Esuna to cure the twins of their petrification status, but it is to no avail. Since the brother and sister chose to become stone of their own will the spell has no effect. The young Palom and Porom are destined to stay stone forever.

After mourning the twins’ sacrifices, Cecil and the others continue on their journey, determined more than ever to defeat Golbez and bring peace to the world.

While it won’t be as heartbreaking for someone who has never experienced it (since you don’t know the characters as much as someone who has spent close to ten hours with them), you can watch the tragic scene unfold below:

Man, this moment killed me when I was younger. I will never forget when it happened. I was shocked, blown away, and really couldn’t believe that Palom and Porom were gone forever. They were kids, for heaven’s sake, and, even in movies, kids never die.

In fact, what still kills me to this day is that you can travel back to Baron at any future point in the game and the twins’ statues still remain standing in that room. The game even goes so far as to letting you use any item you currently have in possession to try to revive the brother and sister (be it ‘soft’ potions, remedies, etc.). When I was younger I think I went through my entire inventory trying to bring them back. I was that upset about it. Unfortunately, bringing them back is impossible and the game only offers the option, I guess, to provide the player with false hope. That’s harsh.

One thing that was amazing about Final Fantasy IV was it was one of the first RPGs to introduce so many characters in a game. Not only was the playable cast huge for the time, but just the fact that the characters joined and left your party at numerous points in the game was revolutionary.

This character shuffling feature added such a sense of surprise about the game since you really never knew what would happen next. One minute you were building up your karate master to level 50, the next thing you know he is sacrificing himself by blowing himself up in a computer room. And then that was it. No more character. No more level building.

While it must have been frustrating for some, this was the main reason I loved this game so much and pretty much the only reason this moment was so powerful. If Palom and Porom were revived immediately and rejoined the party none of the emotions would be the same. Although so sad, it was their permanent sacrifice that made this moment so classic.

I will go into more detail about this in a future edition of The Memory Card, but the thing I miss the most about the old Final Fantasy games is, not only were main characters more plentiful, but you never knew when a new one was going to do something unexpected and either join you on your journey or, in the case of Palom and Porom, leave you forever.

It seems like with all the current Final Fantasy games you get your complete party within the first few hours and nothing ever changes. Granted, the back stories and character development is still there, but there is something about these games during the 16-bit era that just felt extra special.

This may make me seem like a heartless person, but the one thing that almost ruins this staggering moment for me comes near the very end of the game. During the course of Final Fantasy IV a large number of your main characters die in pretty horrible ways (although Palom and Porom will always remain the most memorable), but right before you fight the final boss there is a montage showing all of your friends, once thought dead, alive and well, using their power to help you in the final battle.

I mean, I guess I was happy to see Palom and Porom alive again (I do have a heart), but just randomly reviving them for the sake of a happy ending seemed forced and, honestly, didn’t really make any sense.

Regardless of this good-intentioned misstep, the unforgettable moment of Palom and Porom’s noble sacrifice will go down in history as one of the best video game moments of all time — one that created emotions in me almost unequaled to this day.

.01: The return of Baby Metroid