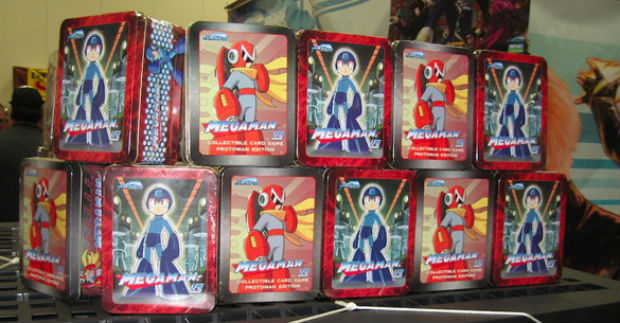 For those who aren’t aware, Universal Fighting System is a line of card games that functions as a battle game, with an additional collecting element. Their newest tie-in is Mega Man, and the collaborative effort that resulted in both Mega Man and Proto Man collectiable tins has launched this week for $30 per set.

You can find them all over at various hobby sites, but eBay Store listings are probably the best bet for many of you out there. To be honest I couldn’t care less about the game itself, I just picked one up for the sweet tin and the high quality card artwork.