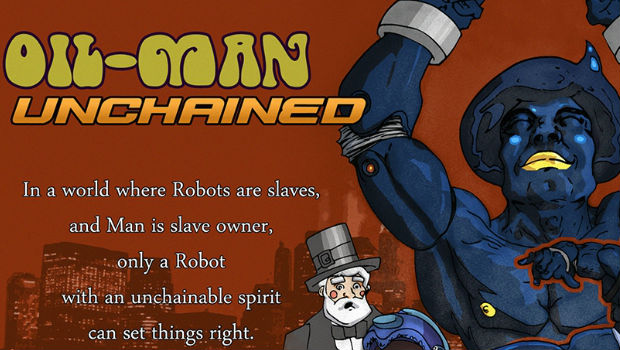 Mega Man fans are among some of the best fans in the world. When people are quick to point out that many of them only seek to complain that the latest game in the franchise isn’t perfect, they’re leaving out all of the millions of passionate fans that just plain love the series, inside and out — myself included.

The latest display of affection for the Blue Bomber is in the form of the amazing Boss Battle Tribute art collection that Tony mentioned last year. Among the pieces you can view online right now is the wonderful “Sting Chameleon” from Mega Man X by Ashley Davis, and the incredibly unique “Oil Man” from Mega Man Powered Up! by Jonathan Holmes, Jesse Hopkins, and Sarah Thomas.

There’s a whole lot of other gems in there too, like the Batman: The Animated Series inspired “Chill Man” and the beautiful “Roll Caskett.”

The actual show is actually set for March, 2013 at the Gauntlet Gallery in San Francisco, CA. You should try and make it!