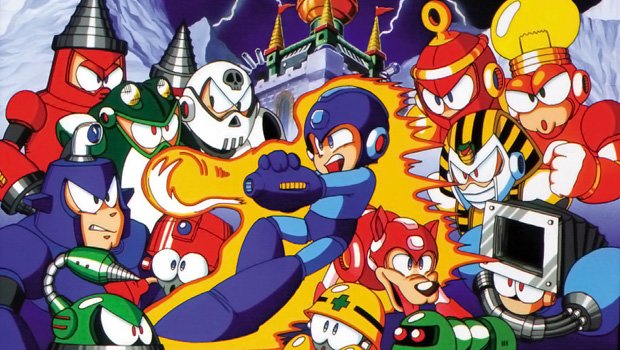 When you hear the phrase “ROM hack,” two thoughts may flitter across your mind. One, somebody took an old game from a legacy console and slightly altered the color palette or sprites to make it look like, for instance, all the boxers in Punch-Out!! are bare-ass. Or two, the level layouts have been altered to the point that no mere mortal could hope beat the game and keep their sanity in check. The former is the kind of stuff hacking newbies pull to get a few shock laughs, while the latter results in a project that is more frustrating than entertaining.

While the majority of hacks aren’t worth your time, there are a few gems that rival what major developers could have conceived. Further still, there are hacks so elaborate that it’s nearly impossible to recognize the source game at the heart of it all. PureSabe’s Rockman 4 Minus Infinity is one such hack, being less of a remix of Mega Man 4 and more of a total evolution of the Mega Man formula.

I first saw clips of MI late last year, and though my interest was piqued, I couldn’t find much else. Last week, The Mega Man Network discovered that the hack, which had been in development for at least three to four years, was finished. Technically, it’s on version 0.01, but aside from some potential tweaks down the line, it’s in a fully playable state. But before you make your decisions on whether to check this out, please watch a these gameplay videos. Believe me, you’re body is soooooo not ready!

These are but the first eight levels. I really don’t want to spoil the Cossack and Wily fortresses for you, where the dial goes beyond 10, beyond 11, beyond the limits of logic and reason. We’re talking Gurren Lagaan levels of lunacy, my friends.

Sure, the game follows the same plot as Mega Man 4, and sure, you fight the same Robot Masters, but that’s where the similarities end. Beneath the surface, so much code has been rewritten, so much extra content has been packed in, that if you were to try to run this on actual NES hardware, you’d probably blow up your house and disrupt the power grid in your neighborhood. All the bosses have wild new attack patterns, enemies from other Mega Man games have been incorporated, and levels are larger and have multiple paths. Hell, there is a miniboss in Ring Man’s level that is essentially Lololo and Lalala from Kirby’s Dream Land!

Instead of sticking to straight running, gunning, and jumping, MI is always mixing up the game style. You could be hopping on a pogo stick through some mine tunnels, dealing with constantly changing status ailments, or even commandeering enemy craft. One of my favorite parts (minor spoilers) occurs late in the game when you have to fight a series of Robot Master hybrids, fusions of old foes like Quick Man and Wood Man with abilities cribbed from both. Very cool!

When people lament how stale the Mega Man series has gotten, it’s not the fault of the property itself but of the minds behind the property who insist on treading the same familiar territory and not truly exploring the possibilities. Rockman 4 Minus Infinity demonstrates what can be done when someone who truly cares is behind the wheel. I urge you all to download the MI patch as well as a Japanese Rockman 4 ROM (track that one down on your own), then get to playing this remarkable achievement right away.