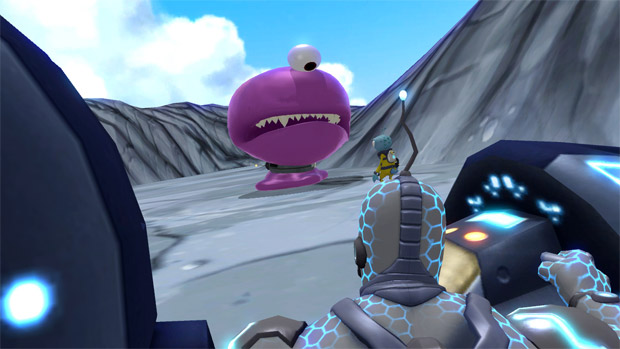 Unlike the previous two deleted scene-style DLC levels for The Maw, which focused primarily on presenting challenge in the form of puzzles, “Speeder Lane” is all about bringing more action into the scenario.

Priced at $1.25 (100 MS Points) and releasing on Xbox LIVE Marketplace, Steam, Greenhouse, and Direct2Drive next Wednesday, “Speeder Lane” grants you access to the titular vehicle. Yep, that means you get to temporarily turn off your brain and blow stuff up.

Better yet, players will get to face off against an “old-school boss” near the end of the DLC pack. Considering how inexpensive the content is, I’m thinking it may be worth getting based on that aspect alone.