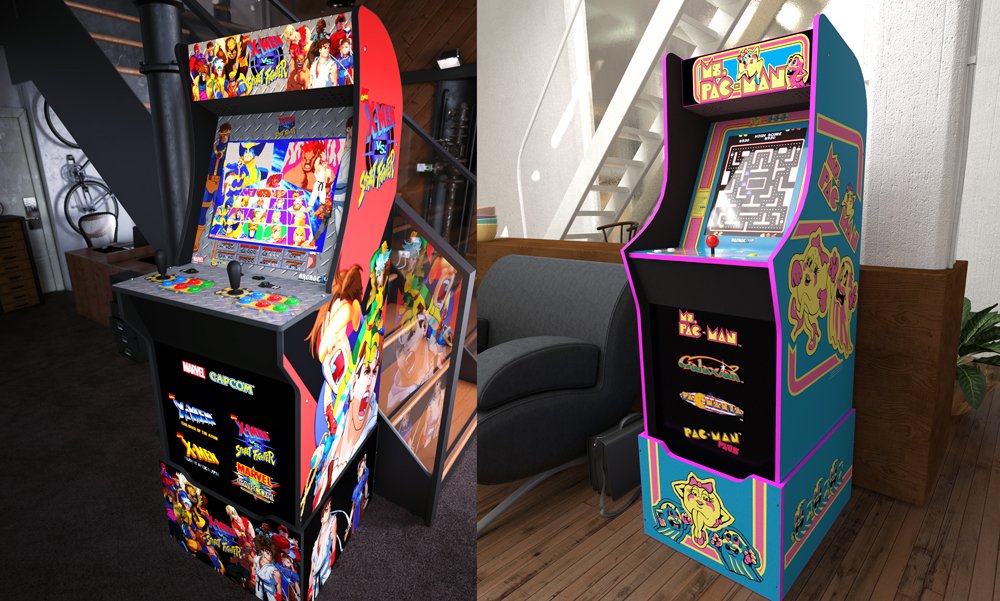 Just a great bunch of games

As great as the current era of fighting games is, my heart will always belong to the ’90s. The decade produced some of the fighters I consider to be my all-time favorites because they featured characters from X-Men: The Animated Series, my favorite cartoon at the time. Games like X-Men: Children of the Atom and Marvel Super Heroes sucked the quarters directly out of my wallet. Last year, when Arcade1Up revealed its Capcom Marvel Super Heroes Home Arcade Game, I didn’t think it could get better than that.

If that cabinet wasn’t great enough, Arcade1Up will also be releasing a 3/4-scale recreation of the original Ms. Pac-Man arcade machine. Ms. Pac-Man is coming back nearly 40 years after she struck a blow for women’s rights and she’s bringing Pac-Mania, Pac-Man Plus, and Galaxian with her. The company is also creating its first light-gun cabinet with Big Buck Hunter Pro, which also features Big Buck Safari, Big Buck Safari: Outback, and Big Buck Hunter Pro: Open Season.

Finally, for the pinball fans out there, Arcade1Up is releasing a Marvel Digital Pinball unit. The machine will feature a 24″ HD LCD screen, haptic feedback, and a built-in accelerometer. The unit is the result of a collaboration between Arcade1Up, Marvel Studios, and Zen Studios, a developer that’s cornered the market on kick-ass pinball games.