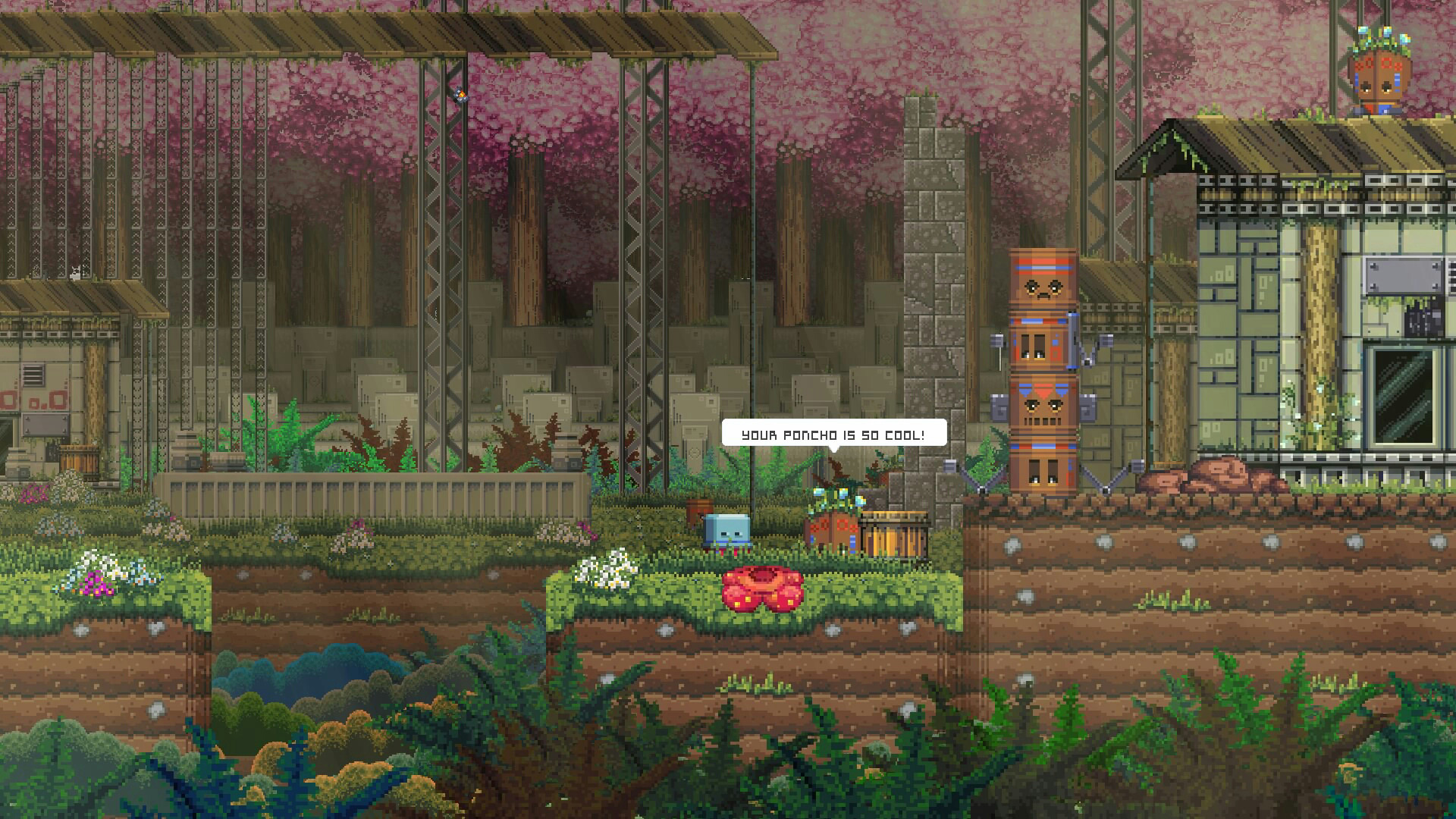 Also the Vita port has been canceled

Poncho, the cute little indie puzzle platformer, has been out for well over a year. Did you play it? I didn’t, and apparently, I’m not alone in that. Despite being released on Steam, the PS4 and Wii U, the game was not successful. How not successful? Well, according to this postmortem on the game and its release, Poncho‘s makers haven’t made a single penny from it.

If you’ve ever dreamed of quitting your job and making games for a living, please give this Delve Interactive blog a read. It’s a fascinating look at the development of Poncho, the struggles of crowd funding, issues with going with a publisher, the dangers of giving free keys to YouTubers, and what can happen if the work of art you’ve spent five years slaving over is a sales bust. It also has some handy tips like “Don’t quit your day job” and “Don’t release in November.”

It can be a bit depressing at times, but thankfully the devs aren’t letting this experience get them down. At the end of the post, the team announced its next game, a randomly generated homeless survival simulator. My gut tells me it won’t exactly blow up the sales chart, but I wish the team at Delve the best of luck with it.