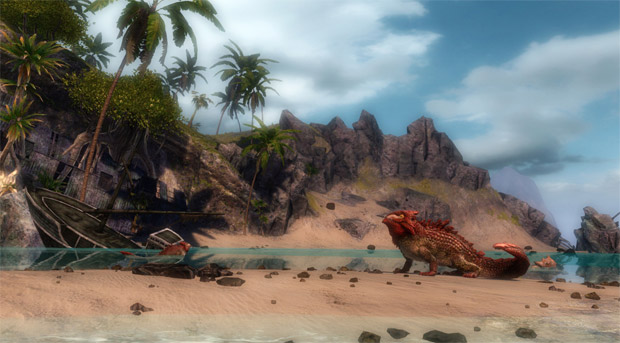 Plus a free trial weekend

It’s another big month for Guild Wars 2 as ArenaNet prepares to kick off a one-time world event for the game dubbed “The Lost Shores.” The official site offers a glimpse at this new storyline, which will begin at 12:00pm Pacific on November 16 and carry through the rest of the weekend. It seems there’s a Karka (i.e., giant crab monster thing) invasion to be thwarted.

Also new to the MMO are Fractals of the Mists mini-dungeons that become increasingly difficult as you push forward, a beta PvP map called Temple of the Silent Storm, “Lost Shores” items at the Black Lion Trading Company, and new ascended gear and infusions.

Those of you who would like to get into Guild Wars 2 for the first time ought to find a friend who owns the game and proceed to bug them incessantly — they’ll have the opportunity to send out three invites for a free trial weekend starting on November 15 at 9:00am Pacific.