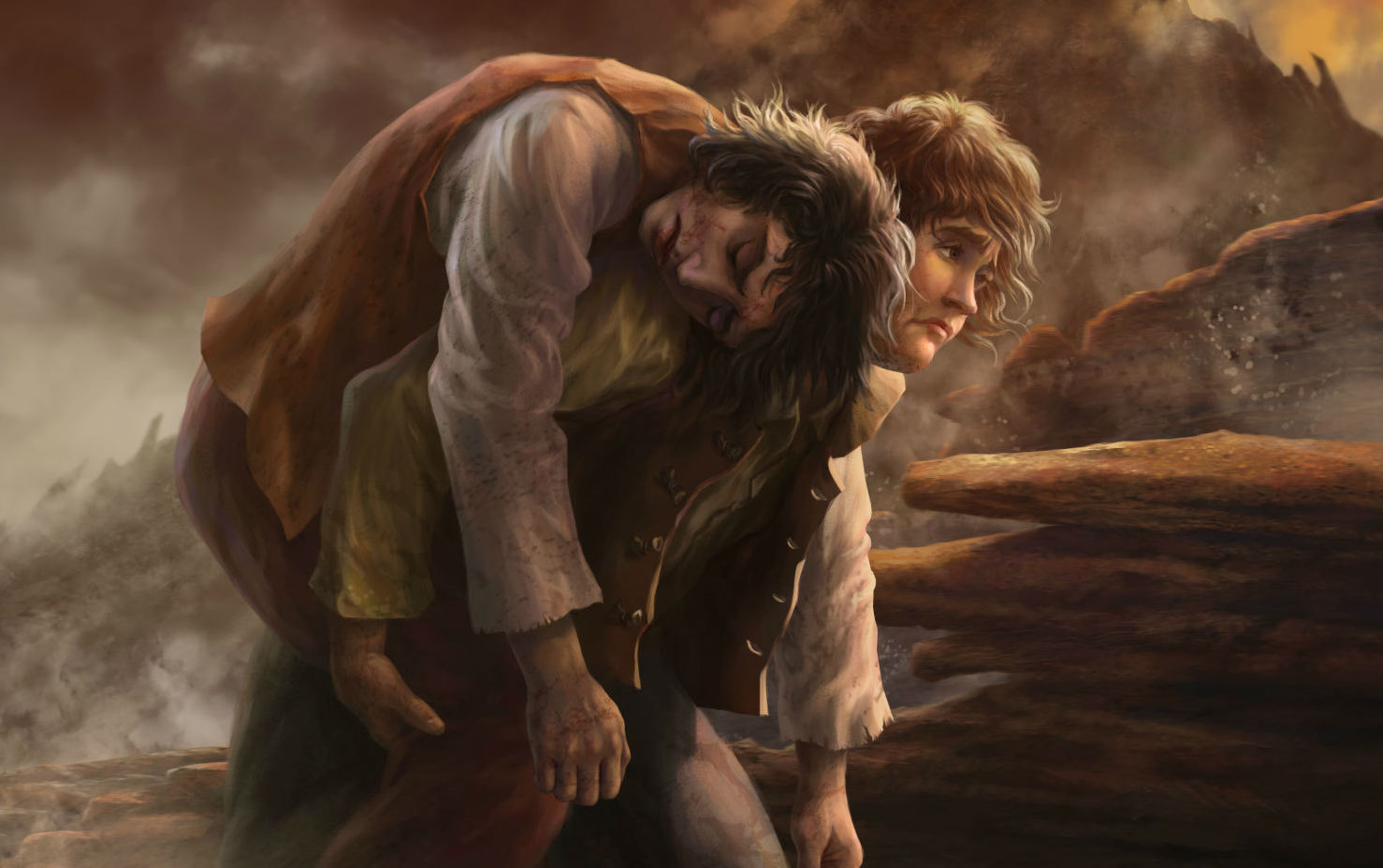 Based on the more expansive tabletop LCG

Digital card games are making a stand. Although they’ve existed long before Hearthstone (Triple Triad or Solitaire anyone?), Blizzard’s behemoth was the big call to arms, leading to all sorts of competitors.

Having primarily played it on PC for the past year and change in Early Access (it arrived in earnest this past summer), I had a chance to check out the brand new Switch version, which launched alongside of the PS4 and Xbox One editions this week. With the boon of portable mode (and offline play, since the PC edition is firmly rooted in Asmodee’s system for now) I was drawn back into its clutches yet again, crafting decks (parties, really) and cutting through Sauron’s minions all over again.

The gist is that like the real-life tabletop LCG, the game pits you against a “Sauron Deck/AI” in co-op fashion. You can take on quests with a friend or by yourself, which follow a loose storyline that takes place between the events of The Hobbit and Lord of the Rings proper. But while there’s certainly an opportunity to lift from the iconic Jackson film trilogy wholesale, developer Fantasy Flight Interactive does its own thing, drawing upon the vast amounts of lore from the source material, as well as all of the gorgeous art from the LCG.

Speaking of, the [four-player co-op] LCG is probably my favorite tabletop game ever made. At this point there’s nearly a decade of content spread across it (though it is taking a hiatus in 2020), and the deckbuilding potential is so deep, you could spend literal hours poring over each and every nuanced detail in an effort to create something the community has never seen before.

Nearly every character or region, no matter how small, is represented in the LCG, to the point where you could have an entire party and army of Hobbits as your deck, based on mechanics like secrecy and sneaking to avoid combat altogether. Or, you can opt for a Silvan-based deck that shoots enemies from across the table and bounces back into the treetops (your hand) for safety.

Right now the digital rendition isn’t quite so expansive or deep. The hero pool is more limited, and cards are often simplified to prevent excessive amounts of required reading. Instead, the pacing is more action-oriented, though there’s plenty of room for thinking and strategy between every play.

You’ll take turns playing cards — or actions like guard, attack, or quest with units — then Sauron will take his turn (doing the same thing), and so on. Quests often throw calamities into the mix that you have to respond to on the fly, and you have to constantly manage a looming “threat” meter, which can force a loss if you linger too long. You can really see how the Sauron AI has grown since Early Access, and he can screw you over in the best ways, especially on higher difficulty settings (there is an easy mode, but like the LCG, the point is to really test the limits of your strategic worth).

Although the UI is still a little rough a year on (especially on consoles), the art is fantastic, and adds to the allure of the Digital Card Game. The same goes for the memorable voiceover portions and earnest attempt to tell a story through textual ruins, which you can just as easily skip but would get a lot out of if you read it all. It’s all lovely fluff (including the “preparing second breakfast” loading screen at the start), coupled with a great score that doesn’t just ape Howard Shore like everything before it.

Since card games can be confusing from a monetary standpoint, I’m happy that FFI opted to drop any semblance of loot box systems from the Early Access period and just go full premium. For $25, you get a huge campaign with a handful of heroes (you choose three each quest) and cards, with premium expansions (quests, heroes) coming after that. You’ll use non-premium Fellowship points to unlock avatars, cards, and card backs in-game, and everything you buy will be explained — no random card packs or card pulls.

Knowing exactly what you get (just like the LCG, which stands for “living card game” where the contents of every pack is a known fact) is a large part of the appeal, as is deckbuilding. The benefit of coming in late with the console editions is that the community is already thriving, having crafted hundreds of potential decks that will help you on your way if you have no interest in that aspect of the game. One of the only real downsides of the console versions is a lack of an easy deck importing tool (I like to make around 10 or more decks and swap between them constantly), and the lack of touch screen support on Switch doesn’t help matters.

Still, the co-op angle alone is enough for The Lord of the Rings: Adventure Card Game to stand out above the crowd, especially on consoles with cross-play support. Although it might look overly familiar, I suggest you go in with an open mind, so long as you have some affinity toward Tolkien’s work to help you through some of the rough edges.

[These impressions are based on a retail build of the game provided by the publisher. 8.0.]