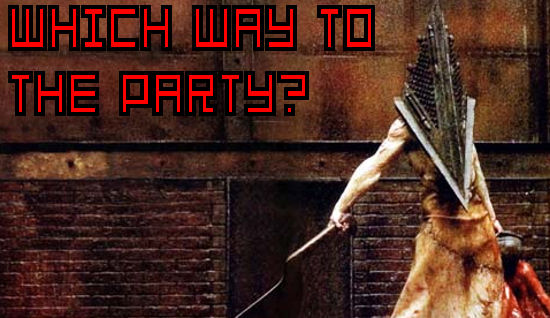 I’m sure many of my countrymen have heard by now about the London Games Festival, a week-long event that celebrates our favorite past-time in the capital of this rotten island. Running from the 22nd to the 26th of October, a vast range of events from the musical to the thought-provoking are going to be on offer.

I just received the full itinerary of the week’s events and I have to say that I am excited. Between myself, Lord Houghton and art-team member Atheistium, we should have you completely covered in what’s shaping up to be some overdue public merriment in the name of games.

While I hope to attend as much as possible, my particular desire will be the Videogames Live orchestral concert by the London Philharmonic, which will incorporate light shows and videos into a performance of some of the most famous tunes in videogame history. There will be two events at the Science Museum, one that compares the human brain to a computer and one that studies eye movements when playing games. Shut up, it might be interesting, you don’t know.

Throw in the BAFTA Video Game Awards, the famous Golden Joystick Awards and an Ubisoft-hosted Battle of the Bands/Battle of the Gaming Clans mashup called Fuse 07 and you have one Hell of a week. Oh, and I almost forgot — The Royal Society of Medicine will be the home of Ban These Evil Games, a debate on gaming censorship hosted by ELSPA.

For the full details, and informaton on how you can book any of these events, hit the jump. I hope to see many of you at the events I can make it to.


28th September 2007: London Games Festival, a week-long cultural celebration of computer and video games, takes over the city from 22 – 26 October 2007.

An exciting array of public and industry events will take place at venues across the capital including those listed below.

FESTIVAL OPENING EVENT: Videogames Live
Royal Festival Hall, Southbank Centre / from 5.00pm Mon 22 Oct
Full orchestral concert from the Royal Philharmonic Orchestra featuring music inspired by the greatest video games.  The orchestra will be performing scores from the most iconic games of our time alongside video and synchronised lighting displays.
To book: from the Royal Festival Hall box office on 0871 663 2500, or www.southbankcentre.co.uk

Computational Brain
Science Museum, South Kensington / 7 – 8.30pm Wed 24 Oct
How similar is the human brain to a computer?  Event featuring new control mechanisms of the future including thought-controlled gaming. Can computer models of brain activity allow us to read minds? Will we ever be able to build a digital version of the amazingly complex human brain?  All this and more answered!
To book: Call 020 7942 4040 or e-mail [email protected]

Eyes on the Game
Science Museum, Dana Centre, South Kensington / 7-9pm Thurs 25 Oct
This event will showcase technology that tracks a gamer’s eye movements.  What do you watch when playing a video game?  Your character, the virtual environment or the in-game adverts?
Research will identify what draws attention and can be used for development of future games and to aid in-game advertising.
To book:  Call 020 7942 4040 or e-mail [email protected]

BAFTA British Academy Video Games Awards
Battersea Evolution, Battersea Park / Tues 23 Oct
The British Academy of Film and Television Arts is the UK’s leading organisation dedicated to the recognition and promotion of excellence in the fields of the moving image. Renowned for its high profile Film and Television Awards ceremonies, the Academy is now committed to the development of the contemporary art form of video games, and to lending equal weight to its British Academy Video Games Awards as that given to film and television.

Golden Joystick Awards
Park Lane Hilton, London / Fri 26 Oct
Future will also be bringing the world’s longest running video games award ceremony, the Golden Joystick Awards under the London Games Festival banner, with this year’s ceremony due to take place on Friday 26th October at London’s Park Lane Hilton. The Golden Joysticks were established over 25 years ago with the first ceremony held in 1982. This year’s awards will feature 17 categories including an all-new award for ‘UK Developer of the Year’ to commemorate the awards’ silver jubilee.