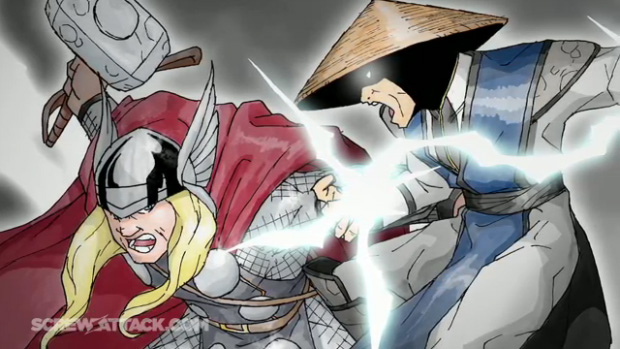 The latest in ScrewAttack’s “who would win?” series beefs up the manliness following the last episode’s flower party. We’ve got Marvel’s Thor locked in mortal combat against Raiden from… Mortal Kombat. Which of these lightning gods of legend can make the other his bitch?

This is only a spoiler if you’ve literally never heard of either of these characters, but everyone knows that there is simply no way Thor would lose this battle. Still, the action is quite intense. The fights in Death Battle are becoming more elaborate and amazing, a far cry from the Boba Fett versus Samus premier episode. That makes the wait for the eventual Goku and Superman match-up all the more difficult.