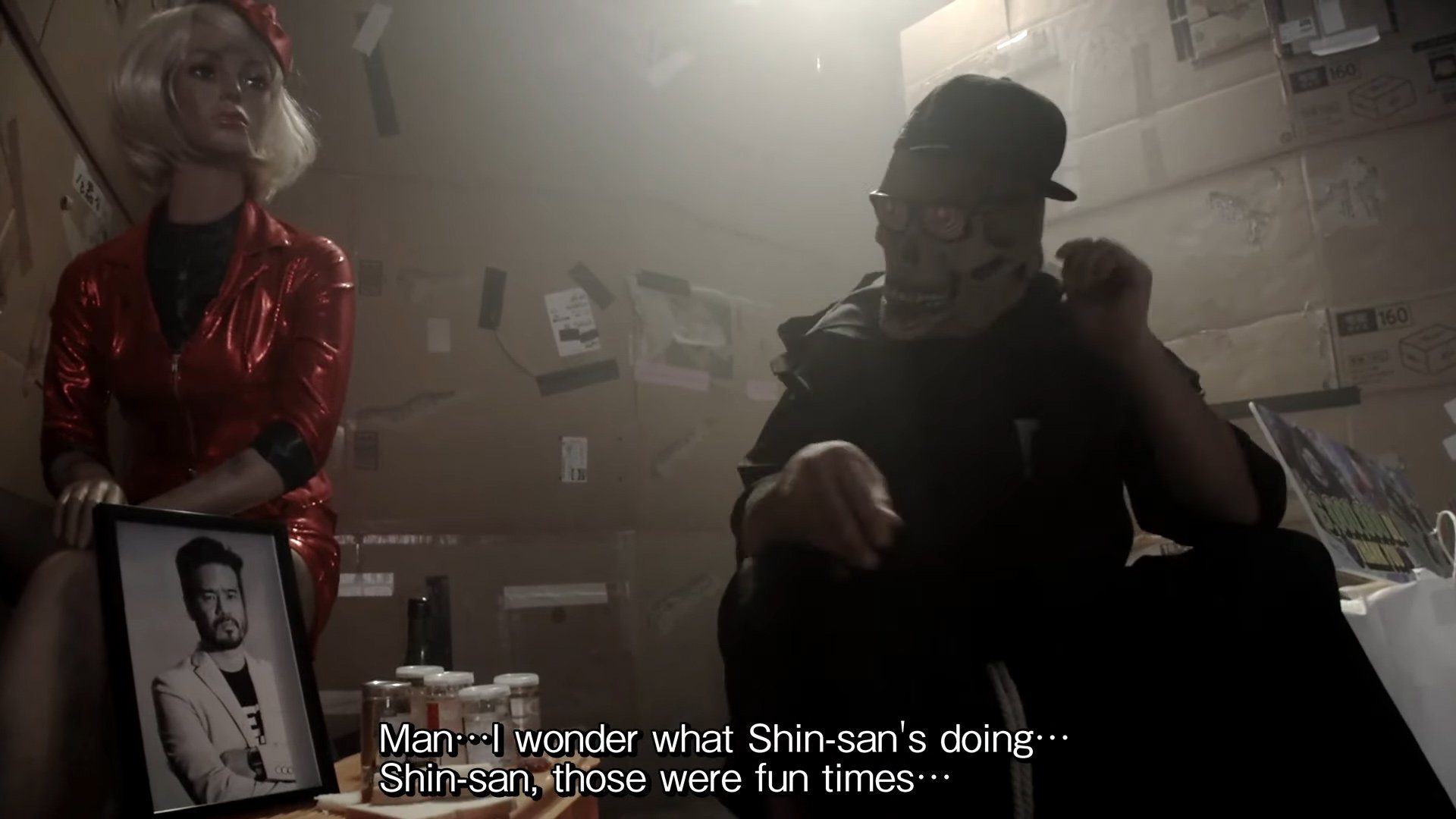 In a silly video uploaded today, GungHo Online teased “a new title” from the team behind Let it Die.

Uncle Death, the game’s mascot, recently went missing. The team tracked him down to “some creepy basement” only to find him sitting beside a little shrine to director Hideyuki Shin, surrounded by cardboard. They informed him that Let it Die passed the six-million-download mark across PS4 and PC.

He seemed shocked. Uncle Death said he was “living it up like a king” when the free-to-play game first took off, but then the “royalty payments started drying up,” and the debt collectors began calling. “Think about it, if we have six million downloads, shouldn’t I be getting a bit more money?”

The skateboarding reaper also claimed he “heard a rumor that the staff who created Let it Die have gathered to create a new title.” The developers didn’t divulge anything to him (or us), but they closed out the video by saying they’re “now accepting messages of encouragement for Uncle Death.”

Hang in there, boss. You can’t live off white bread and single-serving sake cups forever.